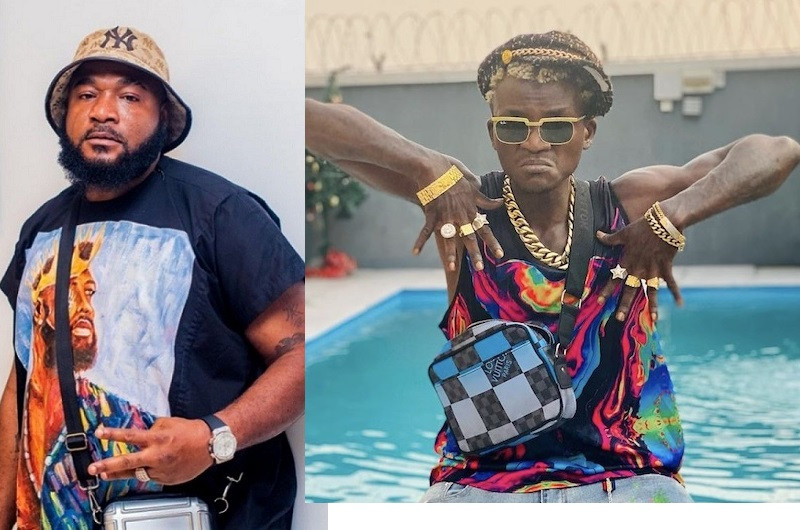 Show promoter, Sam Larry has distanced himself from singer Portable’s shocking claims that Sam is aware he founded ‘One million boys and Ajah boys.’

Earlier today, the singer went online to brag about being the founder of ‘One Million Boys and Ajah Boys,’  which many perceived were gangs that terrorised residents of different areas of Lagos.

In a now-deleted video, the singer said in Yoruba, “Open your ears and hear me, you’ve heard about Ajah Boys, One Million Boys, I’m their founder.”

He also added that socialites Samlarry Eletu and Abu Abel knew him back in the day.

Shortly after the video went viral, Inspector General of Police, Usman Alkali Baba, ordered an investigation into the claims made by Portable, that he formed the “notorious cult group, One-Million Boys.”

Also reacting to the news, Samlarry bitterly distanced himself from Portable’s statement and issued a serious warning to the singer. He also shared recordings from their phone conversaton as well screenshots of a chat with Portable, who apologized and stated that he made the video just to catch “cruise.” 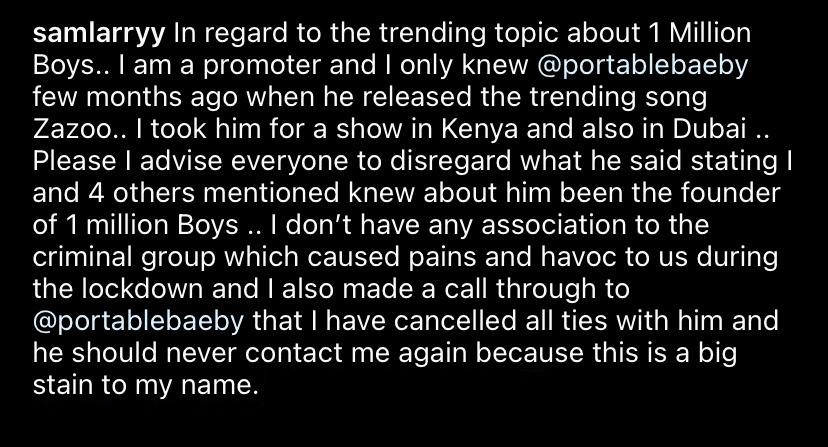 Portable has since clarified his statement, claiming that the ‘One Million Boys’ he referred to in his viral video are his fans and not cult groups as being interpreted by some Nigerians.