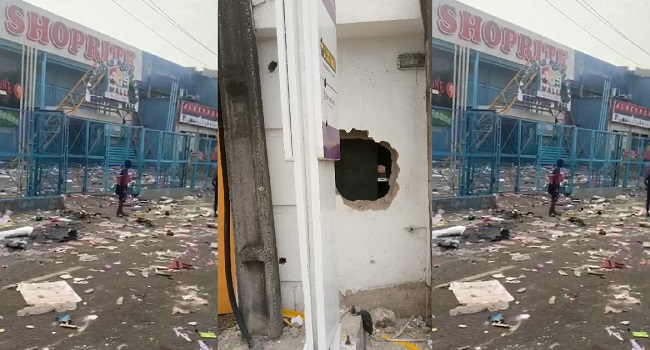 Vandals on Wednesday night attacked some shops including a branch of a popular mall, Shoprite, located on Adeniran Ogunsanya and Bode Thomas in the Surulere area of Lagos State.

The shops which include phone stores were forced opened and looted by the hoodlums. Banks were not left out as ATMs were destroyed and some of the glass windows at the banks were shattered.

Residents in the area are however appealing for security presence. They claim the miscreants have promised to return and unleash more havoc.

Also, Lekki Circle Mall in Jakande area of Lagos State was on Wednesday night looted by hoodlums who eventually razed some sections of the mall.

See the video below showing shops affected in Surulere: