In anticipation of world preeclampsia and eclampsia day, May 22nd, the Shine Begho Initiative is raising awareness about a  life-threatening condition called pre-eclampsia – a major cause of death for mothers and their unborn child, globally. 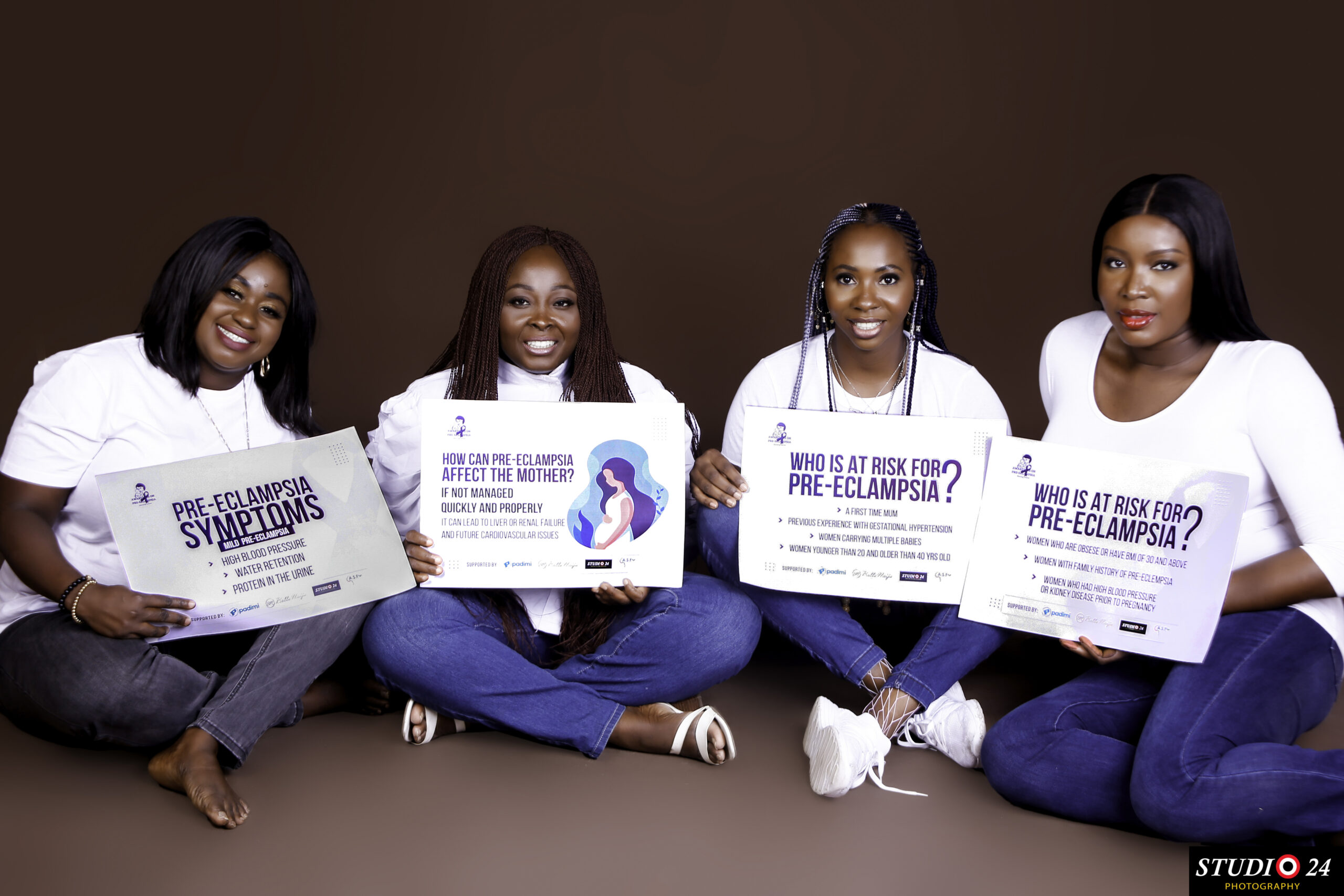 Pre-eclampsia is a dangerous pregnancy complication characterised by high blood pressure and other symptoms, and can be fatal  for both mother and child. Through her initiative, Shine Begho who survived pre-eclampsia is helping other women become aware of this condition by creating all year round awareness.

In February 2016, Shine was hospitalised after her blood pressure kept increasing while pregnant. The hospital continued to manage her condition until she was 33 and a half weeks. When she took the last test, her doctor told her she had less than 24hours to live if she didn’t do an emergency operation. An emergency c-section was done but Shine lost her baby 11 days after. In April 2016, she survived pre-eclampsia.

Shine says “During my stay at the hospital, I got to hear stories of women who didn’t survive along with their unborn child, from the nurses. Yes, I was diagnosed with this silent killer during my antenatal appointment and was managed by the hospital. Sadly I can’t say the same for the women who could not afford antenatal care and had to go home to deal with this deadly condition they know nothing about, and then lose their lives to it.” 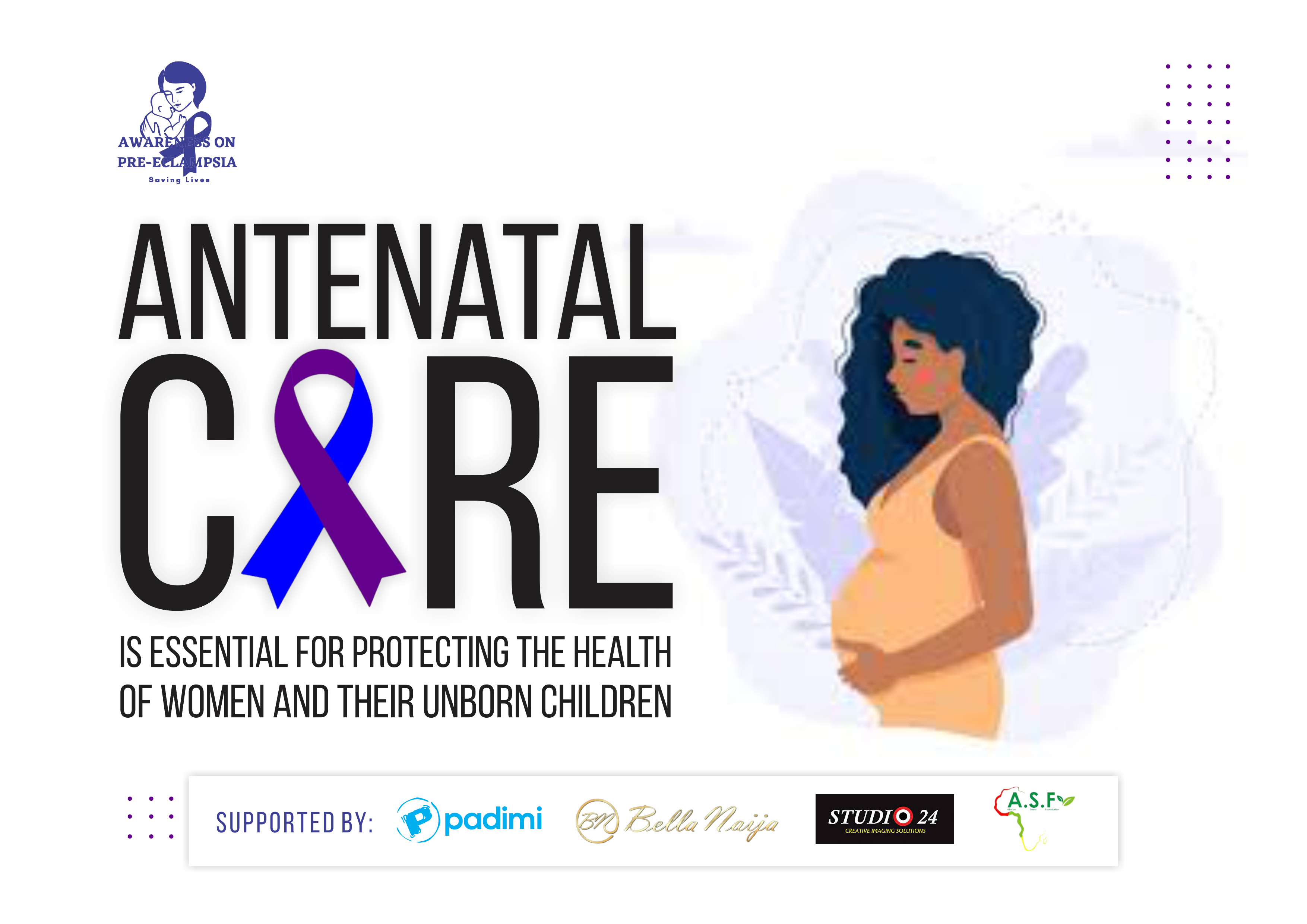 The month of May is preeclampsia month and May 22nd is World Preeclampsia Day. Beyond spreading the word about this deadly disease, the Shine Begho Initiative will sponsor women for free all-year-round antenatal care.

Meet the women lending their voices 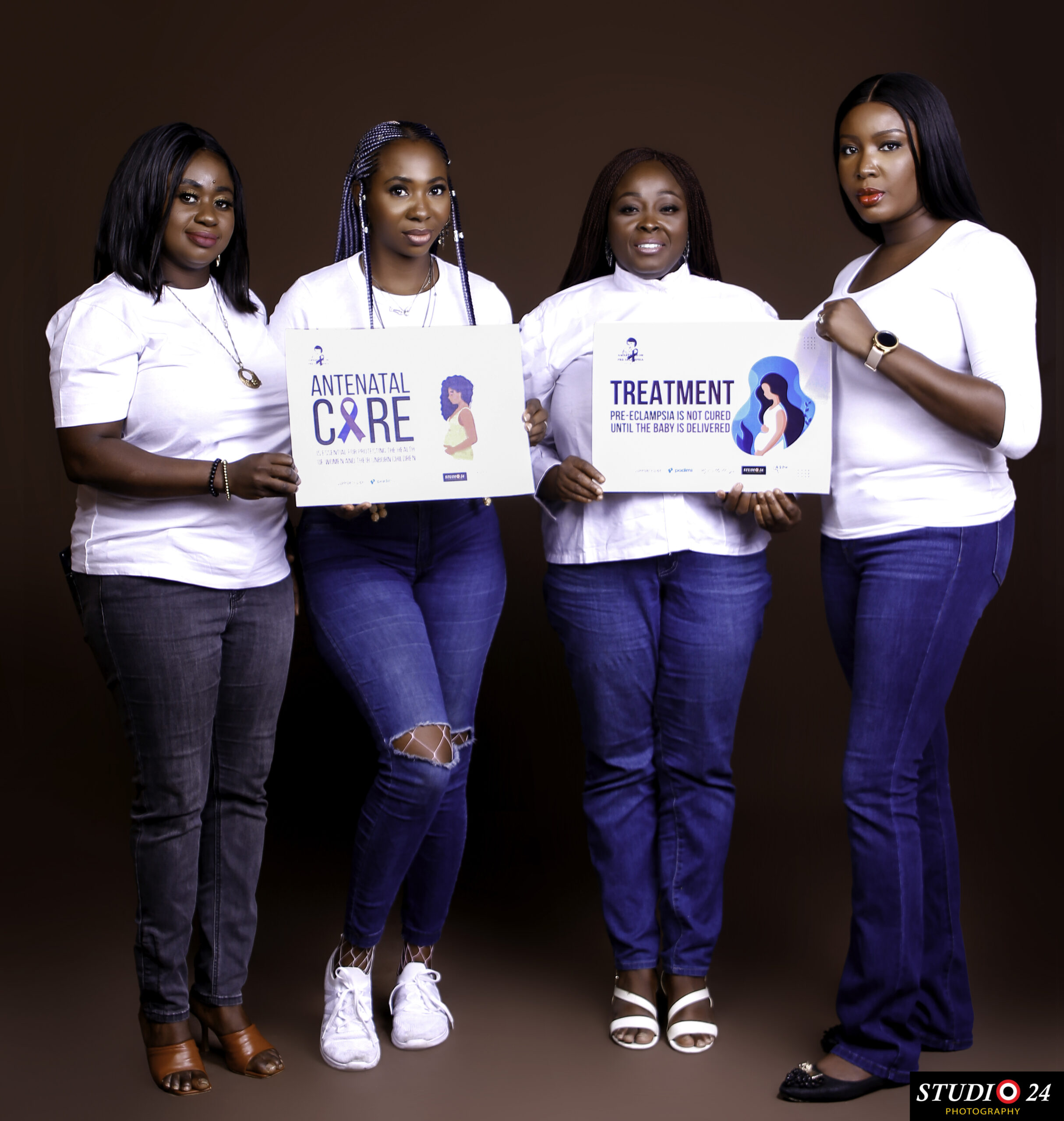 To kick off this awareness campaign, Shine Begho initiative is bringing mothers together to lend their voices about this silent killer and raising funds for free antenatal care for women who can’t afford it. 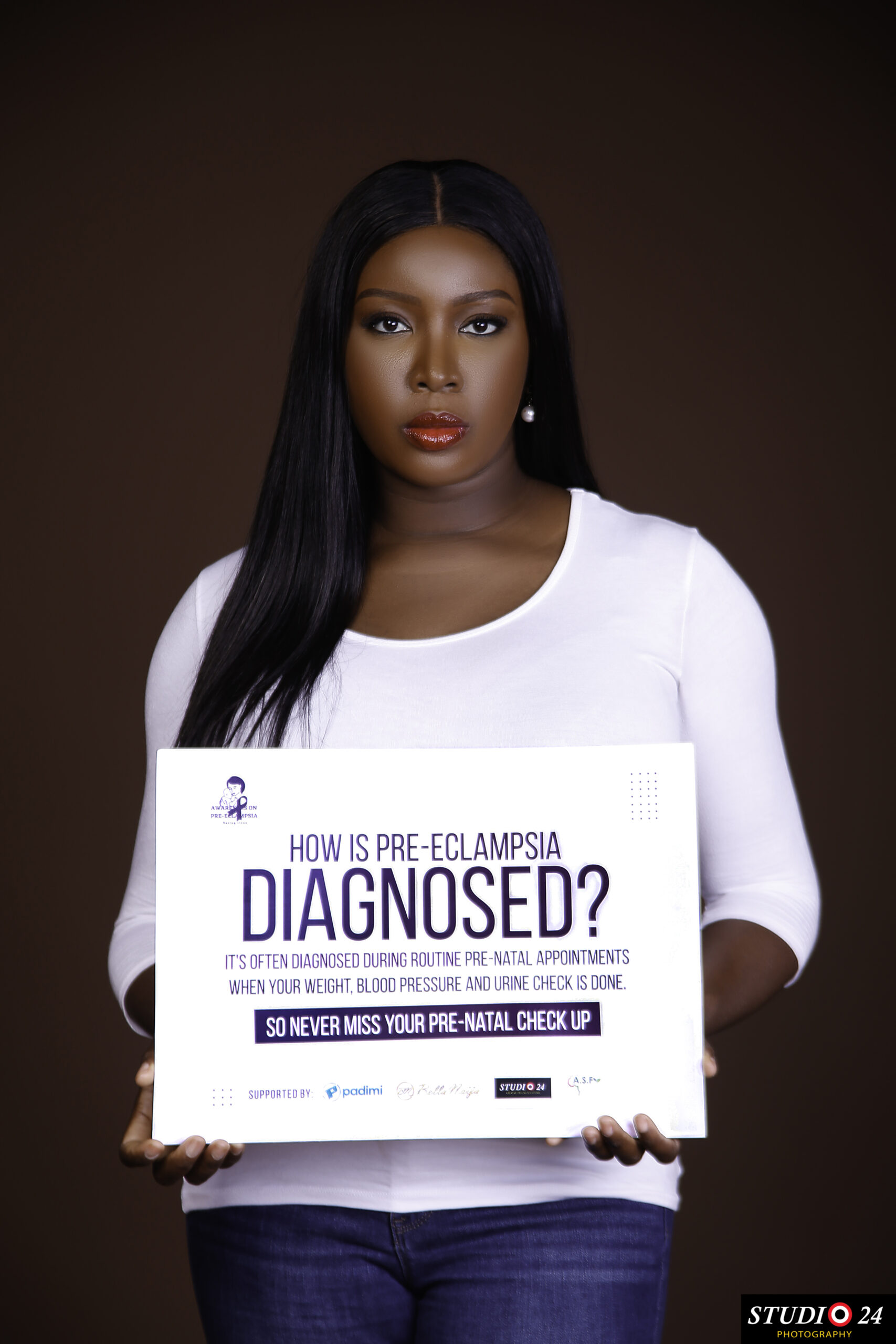 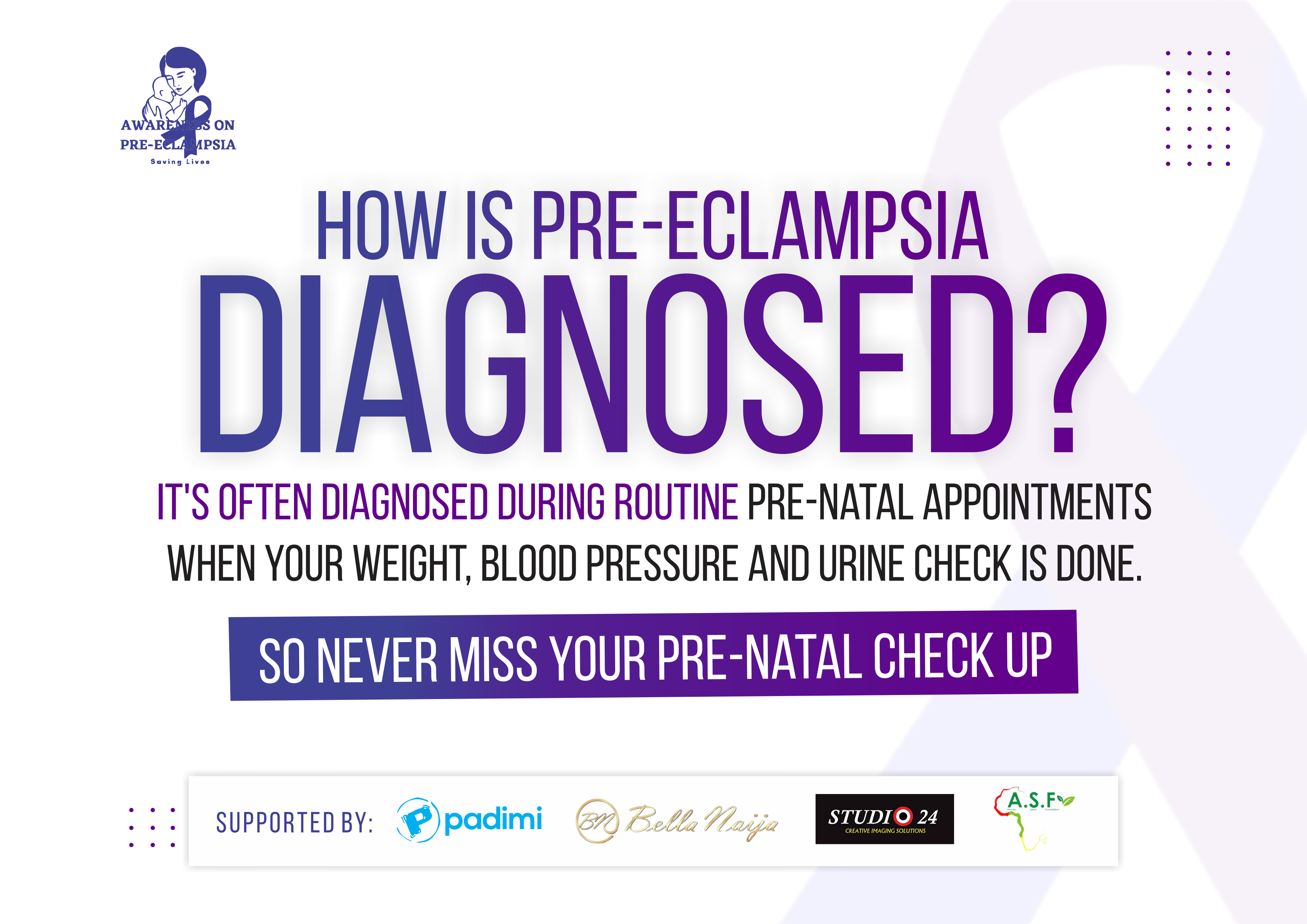 Tolulope is a journalist and media professional. She’s currently Head of Programmes for News Central, a pan-African news station. She’s responsible for leading various teams to actualize the company’s mission and vision.

“I didn’t know how dangerous pre-eclampsia could be. It was when my doctor put me on bedrest and the hospital was calling me every day to monitor my blood pressure then I decided to read up on it. It had snuck up on me and I knew it could sneak up on others. I was lucky, other women may not be so lucky, which is why I’m taking part in this drive to raise awareness. 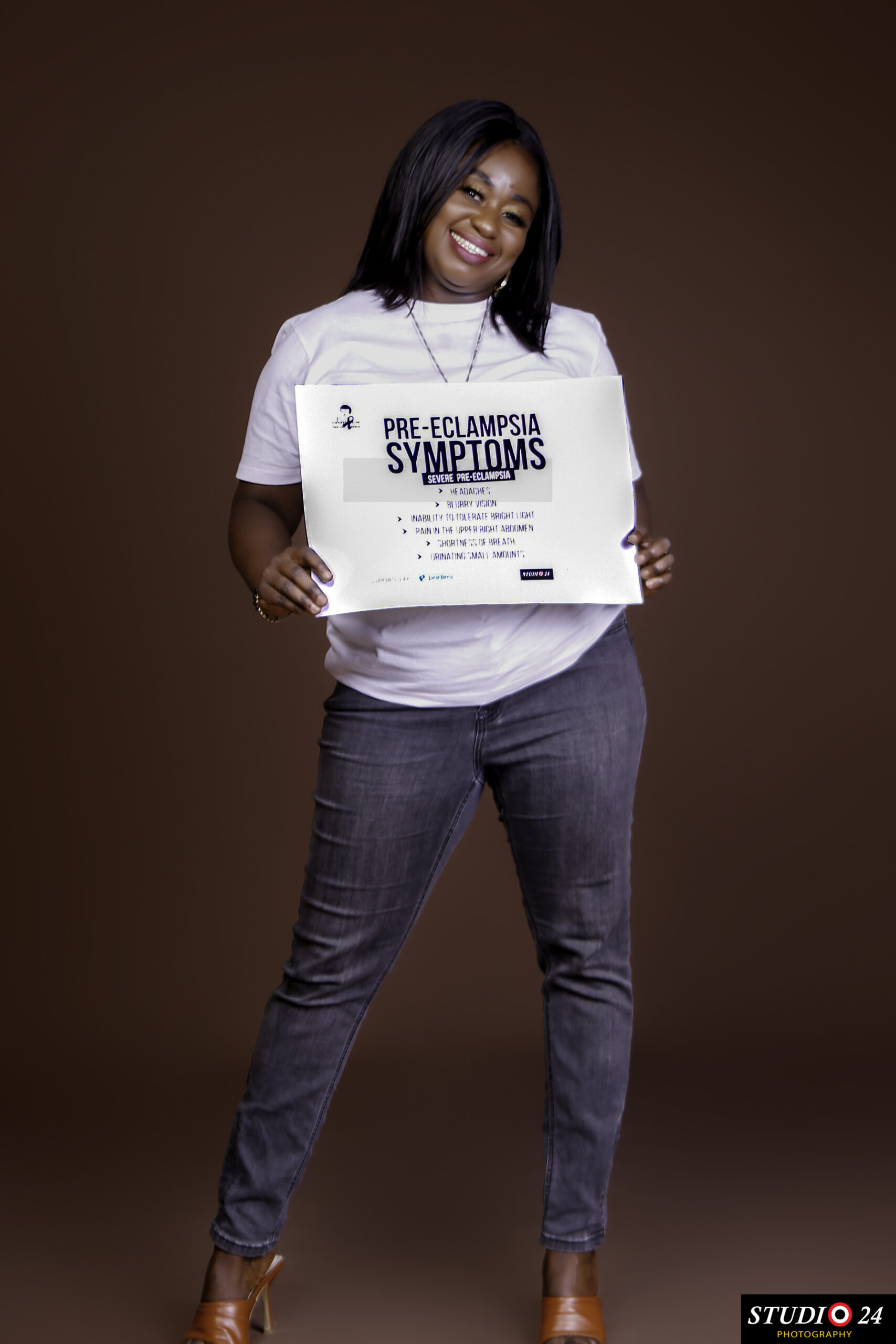 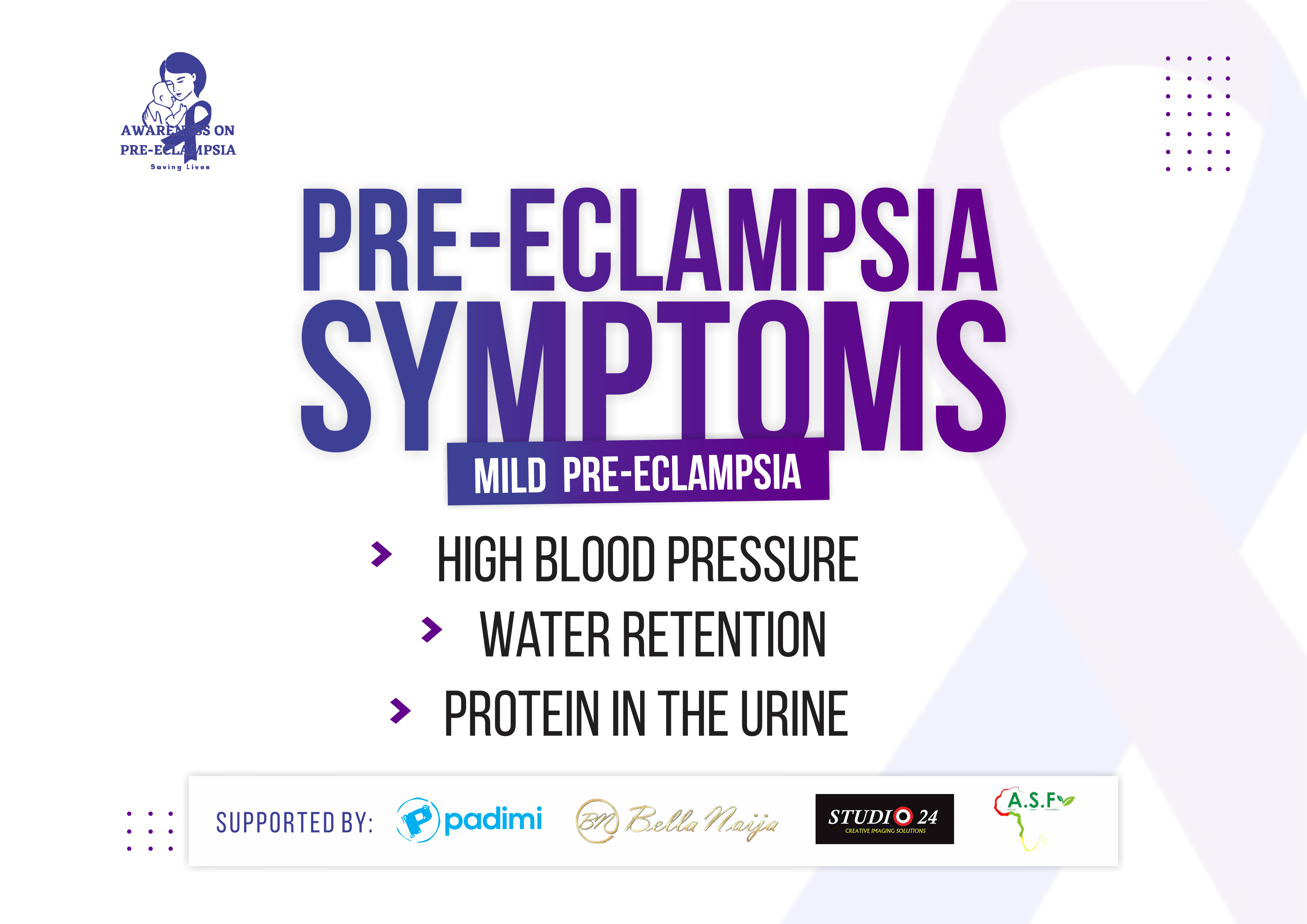 Jayne is the Centre Manager for First Festival Mall. She holds an executive master’s degree from Obafemi Awolowo University. She says:

I remember the 1st time I heard of pre-eclampsia. It was just a word to me during my 1st pregnancy. I didn’t even read up on it because by the next  antenatal the initial traces of protein in my urine had disappeared. So my doctor said not to worry. I did just that.

However, the next time I heard that word, I felt my world crashing down.  My younger sister had it and it was fatal.  In fact the 1st consultant I spoke with told me outrightly  “tell her to terminate that pregnancy if she wants to live, she is a young girl and she can start all over.” I couldn’t bring myself to give her that news. She made it and the baby didn’t. If I can help another woman so they don’t  go through this ordeal, I will in the best possible way I can. 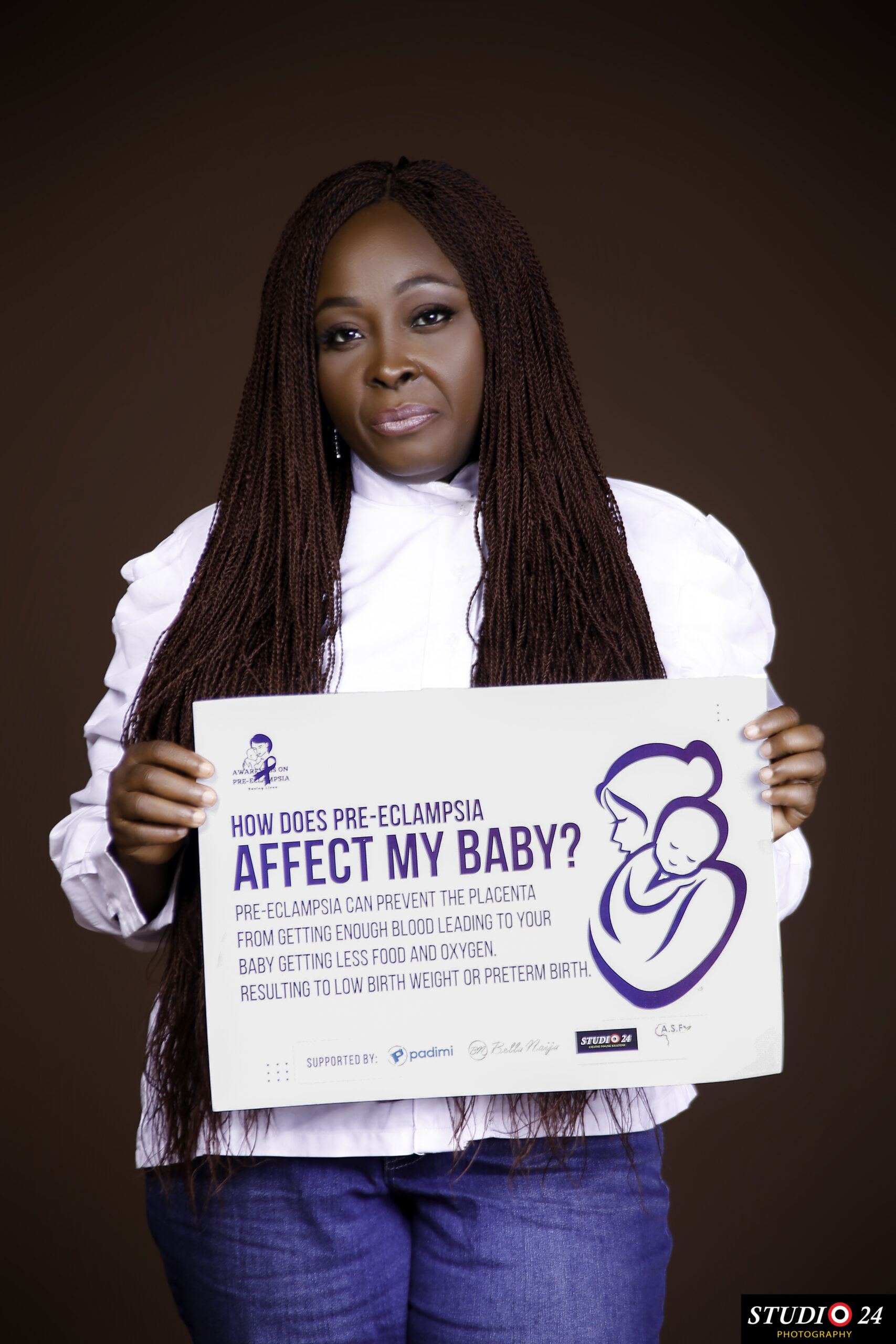 Omotunde is a lawyer, and a seasoned, award-winning broadcaster with over 20 years of experience.

There are many ailments that plague women that are not given enough attention, and preeclampsia is one of them. A lot of women are affected by it, and it’s high time we talked about it so women can feel supported. 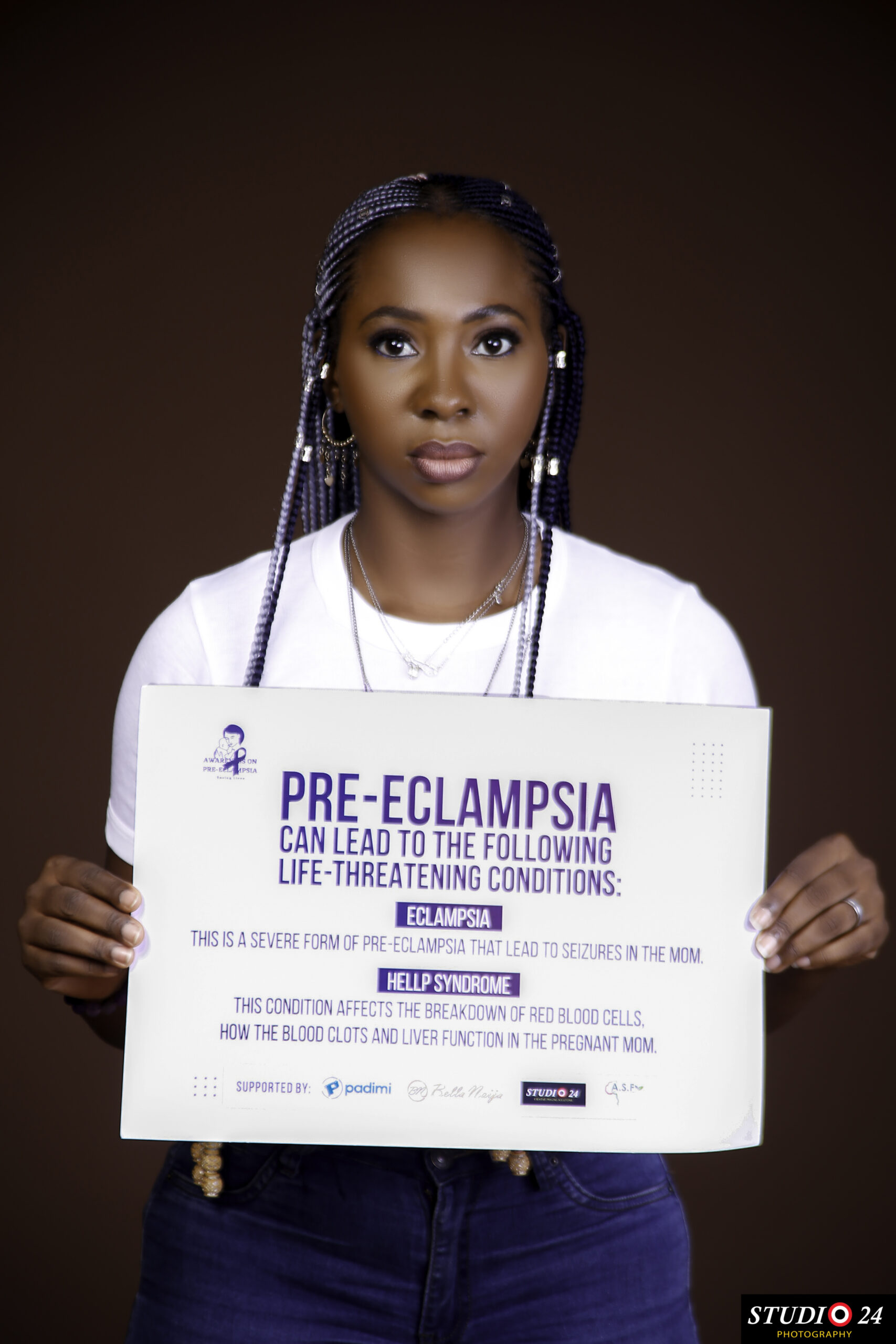 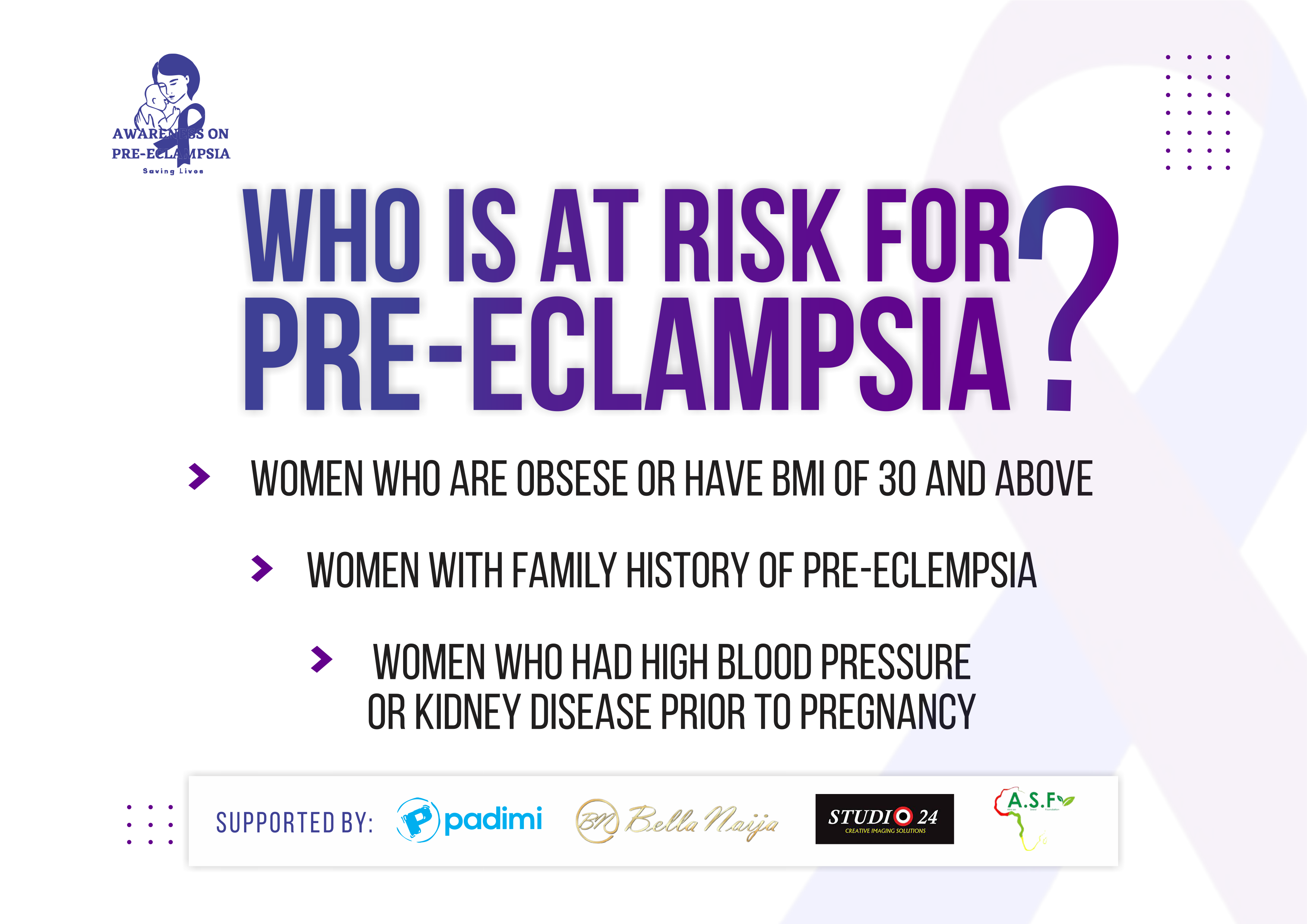 Shine is a seasoned broadcaster with over 15 years experience in the media (Radio and Television). She is a mother of 1 and the founder of Shine Begho Initiative, dedicated to preeclampsia/eclampsia awareness

You too can be a part of this initiative. Join the cause by donating a minimum of 1000 naira and above to:

This content has been published for free as part of BellaNaija’s commitment to youth, education, healthcare, and community development. BellaNaija does not take any responsibility for donations made, ensure to always carry out your due diligence before making any donation.

Sandra Chukwudozie Opens Up on Life, Family & Entrepreneurship as she Covers Vanguard Allure

“I destroyed my life because of love for money and fame” – Bobrisky’s former PA, Oye Kyme laments (video)