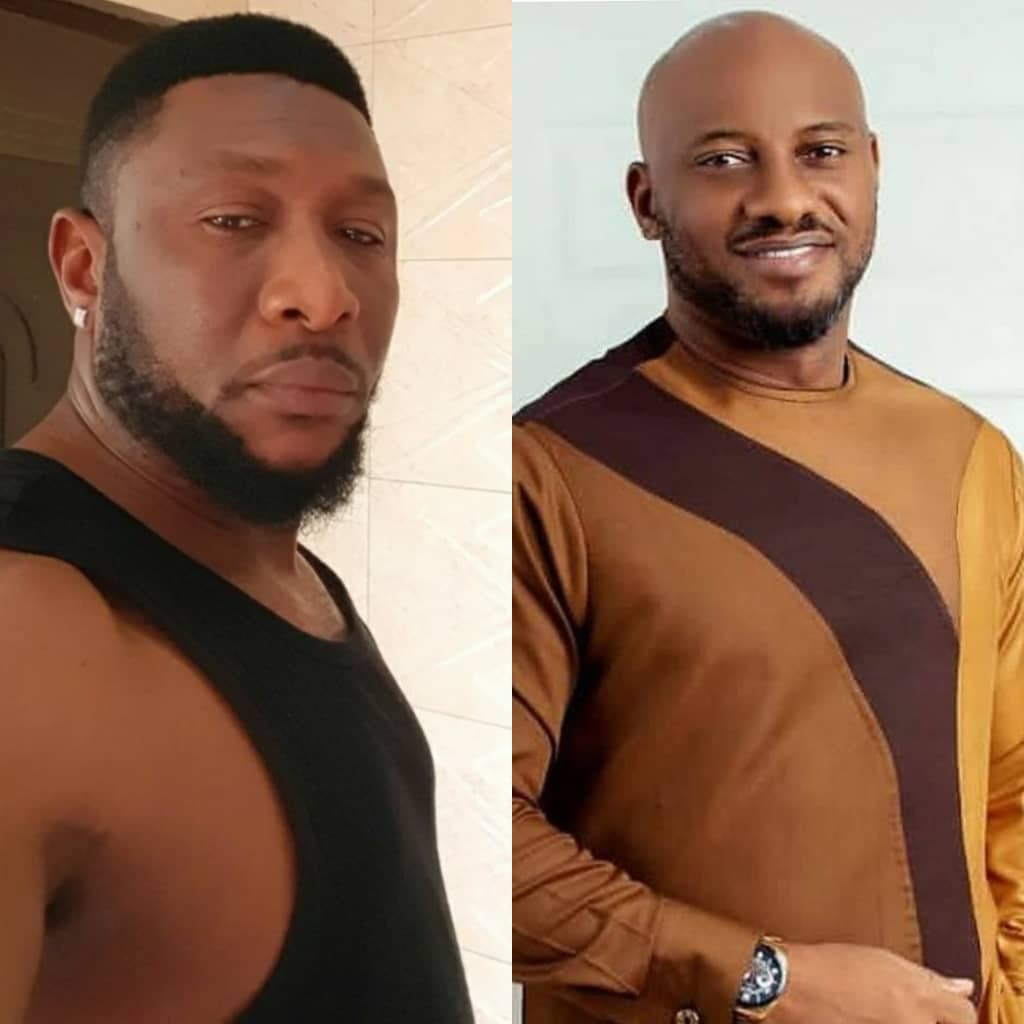 This morning, Tchidi took to his Instagram page to praise his colleague, Yul for picking a second wife and welcoming a son with her. However, His post got the attention of some Nigerians who attacked him for supporting Yul.

Responding, Tchidi said he has gotten married twice and that his first marriage to actress Sophia, lasted for 11 years, while the second, which was to Nuella, ended after seven years. According to him, Nuella took her things and sneaked out of his house. He said one day he might share his own side of what happened.

See the exchange below… 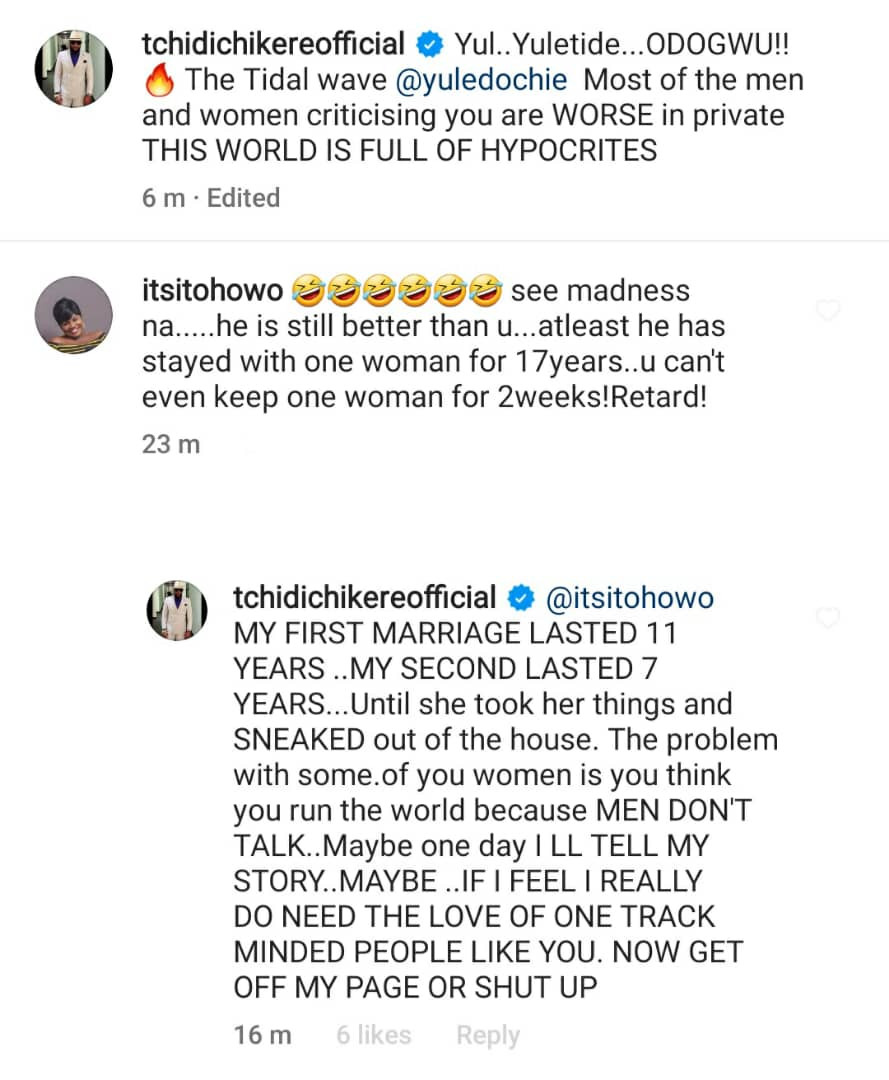