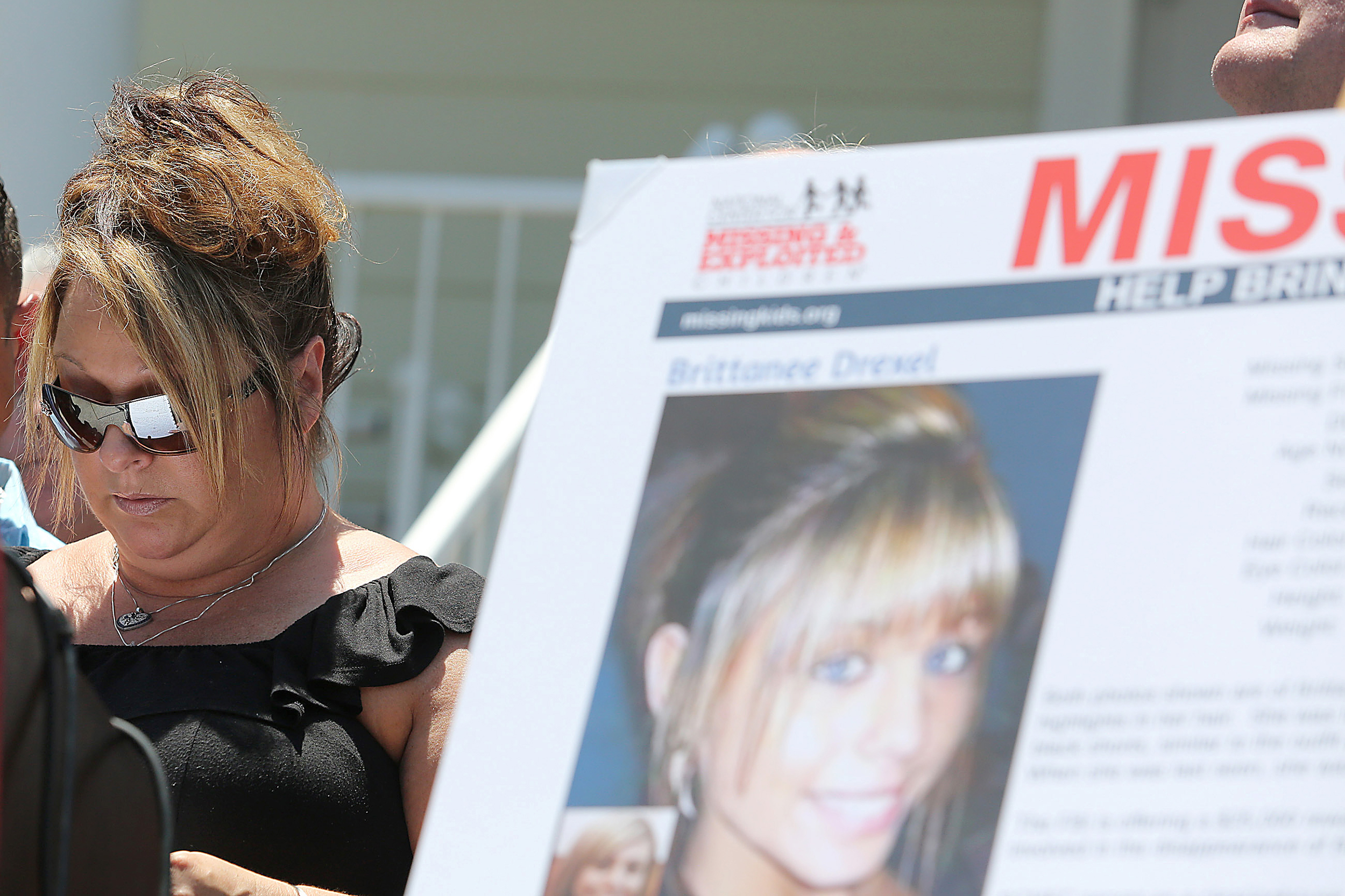 Authorities in South Carolina on Monday announced an arrest in the 13-year-old missing person case of teenager Brittanee Drexel, whose remains were discovered in the state in early May.

Raymond Douglas Moody, 62, of Georgetown, South Carolina, was booked on allegations of murder, kidnapping and sexual assault in connection with the case, officials said at a press conference.

Moody, convicted in California of multiple sex crimes in 1983, was named in 2012 as a person of interest in the case of Rochester, New York, spring break traveler Brittanee Drexel, last seen in Myrtle Beach on April 25, 2009.

She was 17, and her case inspired national headlines, fantastic stories regarding her fate, and even a nonprofit dedicated to fighting child sex trafficking.

It wasn’t clear if Moody, booked into the Georgetown County Detention Center on May 4 with no bail set, has an attorney. Inmate records indicate he was also being held on an allegation of obstructing justice. The public defender for Georgetown County did not immediately respond to a request for comment.

Without tipping their hand, authorities indicated their case is based on the same undisclosed evidence that led to Drexel’s remains in Georgetown County.

“Charges against Raymond Moody were made possible through investigating findings and evidence that led us to a possible site where Raymond Moody buried a deceased Brittany Drexel on or about April the 26th of 2009,” said county Sheriff Carter Weaver.

Detectives believe Drexel was kidnapped, sexually assaulted, and murdered on that day she was last seen alive at a coastal hotel, Weaver said.

“Brittanee lost her life in a tragic way at the hands of a horrible criminal who was walking our streets,” Susan Ferensic, the top agent at the FBI’s Columbia field office, said at the press conference.

Weaver said her remains were identified May 11 by the FBI’s Evidence Response Team, which used dental records. The South Carolina State Law Enforcement Division subsequently confirmed that finding through DNA, the sheriff said.

Citing an area judge, NBC affiliate WMBF of Myrtle Beach reported that evidence led investigators to the Georgetown County site of Drexel’s body May 4 and that the remains were excavated May 7 about four feet below ground.

The allegations against Moody as well as the short time between Drexel’s last sighting, on hotel security video, and her demise the next day, would appear to contradict some of the headline-generating speculation surrounding her case over the years.

In 2016, Gerrick Munoz, an FBI agent testifying at a bond hearing for a teenager alleged to have been involved in a South Carolina robbery, said a jailhouse informant told authorities that that suspect had abducted Drexel, sexually assaulted her alongside others, killed her, and essentially fed her body to alligators, the Charleston Post and Courier reported.

The teen, ultimately sentenced to three years probation in the case connected to the robbery, steadfastly denied the story about Drexel, according to the Post and Courier.

The FBI, Munoz, and the attorney for the suspect in the robbery case did not immediately respond to a request for comment.

Drexel’s missing person case is also part of the origin story of a nonprofit, Saved in America, that says it helps law enforcement track down missing and trafficked children.

Its San Diego-area founder, Joseph Travers, has said his organization has found inspiration in the story of Drexel’s remains being fed to alligators by what he believed to be a street gang.

Today, he said, he doesn’t regret being moved by a story that may end up being untrue. He maintains there are many missing teenagers being sexually trafficked by gang members. “That’s typically what happens to these girls,” Travers said.

He said he was happy that Drexel’s mother, Dawn, was able to achieve some closure. He said she has come to San Diego to help the group raise money, and it has named a scholarship for Drexel.

“I feel for Dawn,” Travers said. “She became a part of our family.”

“Thank you for everything you’ve done,” he said. “We have a little more closure than what we wanted. Weighing this all out is tough on a dad, tough on a mother.”