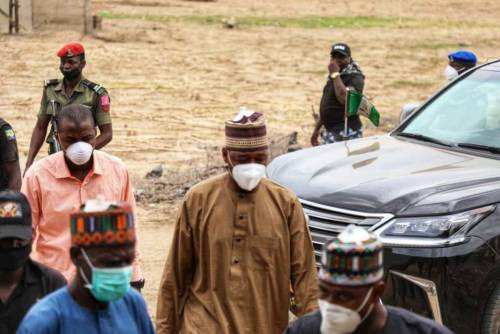 Eight policemen, three soldiers, and four Civilian Joint Task Force operatives were killed after the convoy of the Borno state governor, Babagana Zulum, was again attacked by Boko Haram terrorists along the Baga Highway in the state on Friday, September 25.

According to reports, the governor had left Maiduguri for Baga to prepare for the planned return of internally displaced persons from Maiduguri to the camps in Baga when his convoy was attacked by the terrorists.

The attack comes barely two months after Governor Zulum was attacked around the same axis by the insurgents on his way from Baga.

Moving Tribute From The Son of Butchered Dr Fatai ...

The Miniskirt: The 90s Staple That’s Here To Stay | Newspot