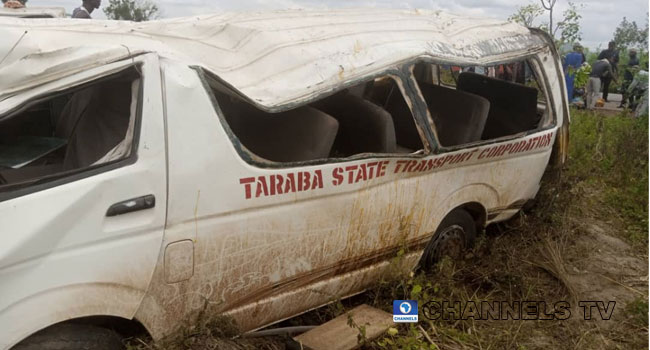 According to eyewitnesses, the tyre of the 18-seater-bus burst while in motion, resulting in a somersault of the vehicle.

The Chairman of the Council, Musa Mahmoud, confirmed the incident to Newspot.

Musa disclosed that two of the victims died at the scene while five others died at the Bali General Hospital where they were taken for medical attention. 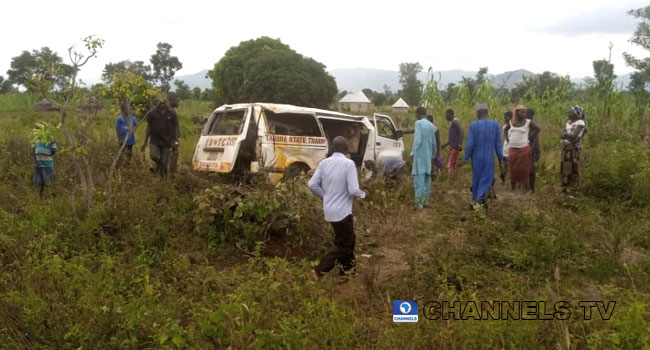 ”When I got a distress call on the incident, I immediately mobilised health workers and stakeholders to the scene. On arrival, we found two persons dead but succeeded in taking those alive to the Bali General Hospital.

”Out of those we took to the hospital for medical attention, five died due to how bad they were hit by the incident and inability to access quick medicare ”

”It was a pathetic scene to behold and I sympathise with the family of the victims,” Mahmoud explained. 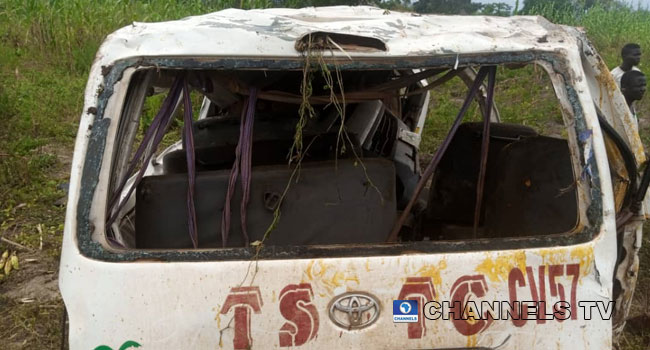 As at the time of filling in this report some of the passengers who are still unconscious and the remains of the victims have been evacuated to both the Taraba State Specialist Hospital and the Federal Medical Centre (FMC), Jalingo respectively.

2023 Presidential Ticket: Tinubu Came To Seek For My Support — Yakassai

Enugu govt partners firm to train over 300 youths on renewable water, others

2023 Presidential Ticket: Tinubu Came To Seek For My Support —...

Enugu govt partners firm to train over 300 youths on renewable...