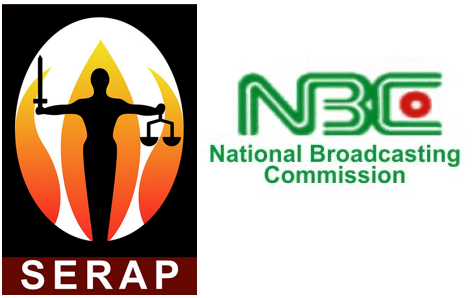 The Socio-Economic Rights and Accountability Project (SERAP) has threatened to sue the National Broadcasting Station (NBC) in the next 48 hours if the N9m fines imposed on Africa Independent Television (AIT), Arise Television, and Channels Television are not rescinded.

This comes after Armstrong Idachaba, the acting Director-General of the Commission sanctioned Africa Independent Television (AIT), Arise Television, and Channels Television for violating the broadcast code over the use of unverifiable online video footages on social media.

Reacting to the report on Twitter, the Socio-Economic Rights and Accountability Project (SERAP), condemned the sanctions and threatened to sue NBC if the fines, which they described as “illegal” are not rescinded within 48 hours.

Read the full statement below. 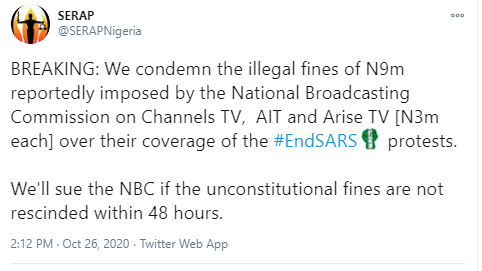 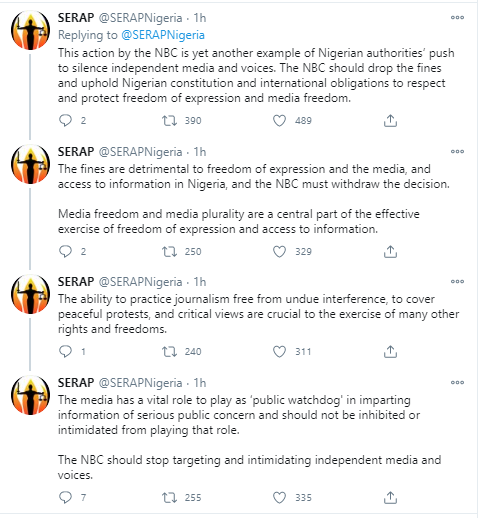