Paris Saint-Germain midfielder, Idrissa Gueye reportedly refused to play in their Ligue 1 game against Montpellier on Saturday because he didn’t want to wear their customized LGBT rainbow kit.

PSG wore a special version of their white away kit, with the numbers on the back of every shirt having the rainbow color in support of solidarity to mark the upcoming International Day Against Homophobia, Biphobia, and Transphobia, on Tuesday, May 17.

But the former Everton and Aston Villa player Gueye was absent from the match for what his manager Mauricio Pochettino said ‘were personal reasons, but he is not injured’.

After the 4-0 win over Montpellier, Mauricio Pochettino was asked about Gueye’s absence and said: “Idrissa made the trip to Montpellier, but for personal reasons he had to leave the match sheet. But he was not injured.” 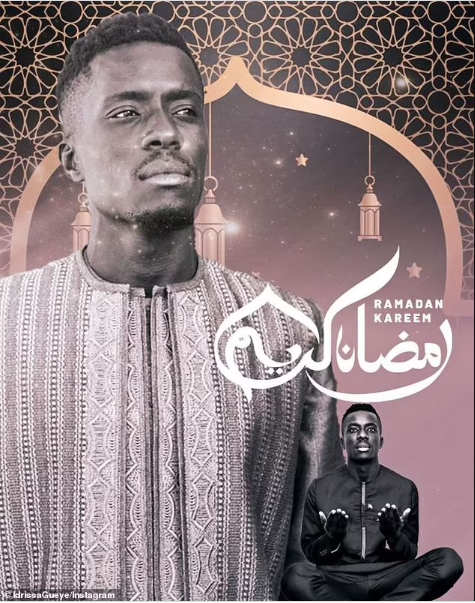 French outlet RMC Sport, has now reported that the reason behind Gueye’s omission is he didn’t want to wear a shirt with rainbow colours. They  added that Gueye missed the equivalent commemorative match on the same weekend last year for what PSG said was gastroenteritis.

Gueye, 32, is a devout Muslim and he regularly shares messages about his faith across his social media platforms.

In some Islamic countries, homosexuality is illegal and even punishable by the death penalty.