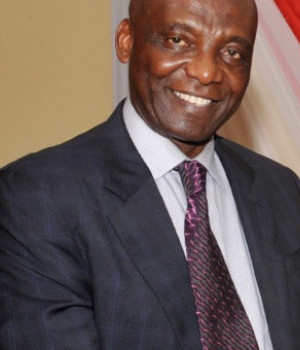 A former Assistant Director with the Department of State Services, Dennis Amachree has opened up on the identity of the men in suit who were seen in a viral video days ago conveying armed hoodlums in an SUV and showing them #EndSARS protesters to attack in Abuja.

In an interview on Channels Television’s ‘Sunrise Daily’ programmen, Amachree revealed that the men are not DSS officials but aides to a Nigerian senator. He added that the Nigerian army should be able to fish out those behind the Lekki toll gate shooting, just like the DSS has done in the last few days.

“I called the headquarters to find out. Those people were working for a particular senator. And if that is the case, I think they should (arrest them). If anybody tries to impersonate security personnel, he should be arrested immediately.

“Don’t allow it to happen and then you go ahead and then do inquiries or panels or whatever. I know a lot of people impersonating SSS, taking letters to different places have been arrested and they have been dealt with immediately. Those people you are referring to were not SSS officials.”