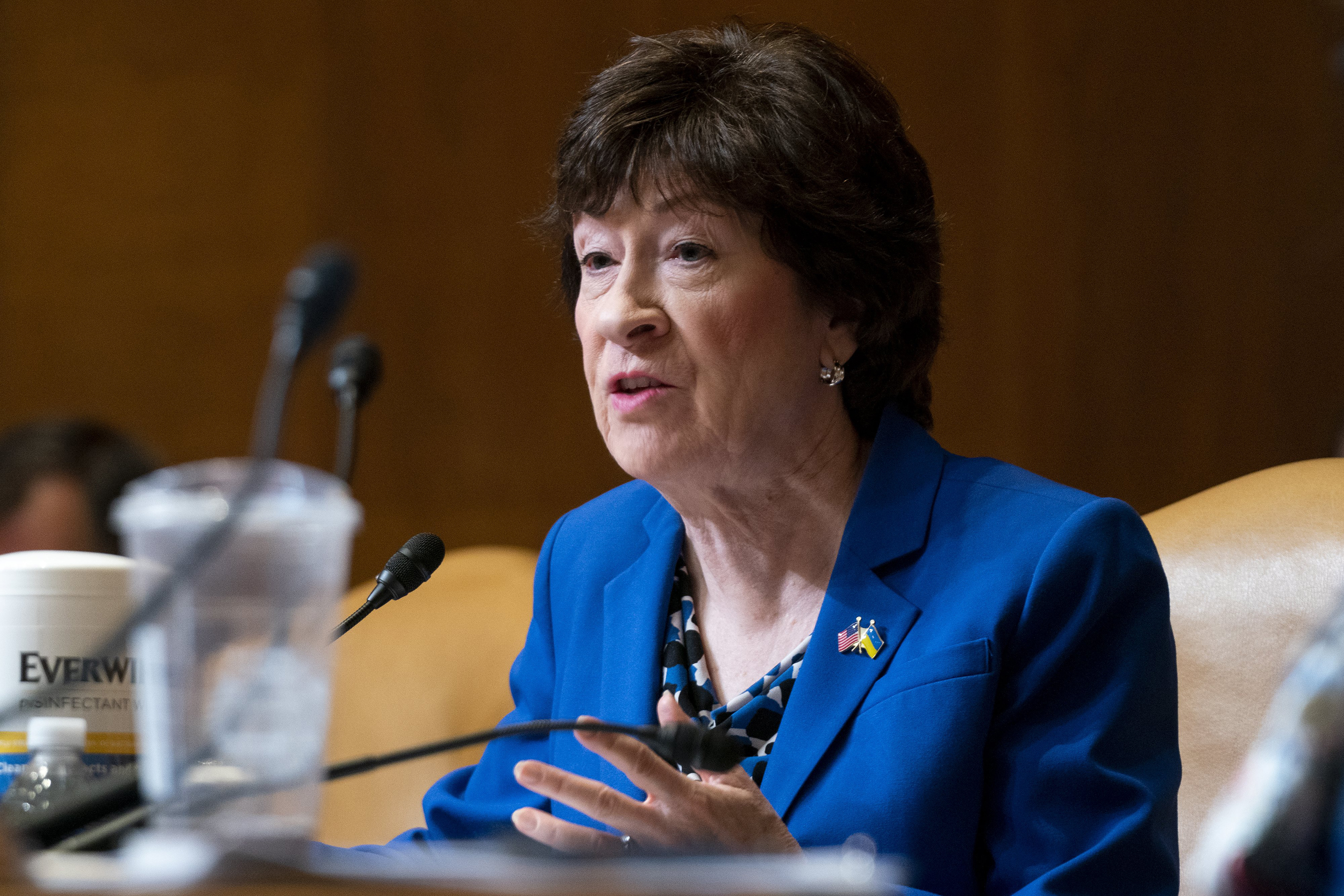 But a day after 19 children and two teachers were killed by a gunman at a Texas elementary school, a small group of Democrats and Republicans expressed hope that they might be able to find common ground elsewhere: federal red flag legislation.

So-called red or yellow flag laws, already on the books in some states, allow authorities to temporarily seize firearms from people who are found to be a danger to themselves or others.

A handful of Senate Democrats and Republicans on Wednesday kicked off informal talks on what — if anything — lawmakers could agree on to stop the proliferation of mass shootings after a decade of inaction on Capitol Hill.

Two Connecticut Democrats — Sens. Richard Blumenthal and Chris Murphy, who led the failed push for gun reforms after the 2012 Sandy Hook Elementary School shooting in their state — are helping spearhead the effort.

Murphy said he asked Senate Majority Leader Chuck Schumer, D-N.Y., to give the bipartisan group 10 days to come up with a proposal — something Schumer agreed to. Other Democrats had been pressing Schumer to immediately rush the House-passed background checks bills to the floor and put Republicans on record.

“I think over the course of a week and a half, we’ll know whether there’s an opportunity to get a bipartisan bill or not,” Murphy said.

Blumenthal said he has been working with Sen. Lindsey Graham, R-S.C., “for years” on legislation that would incentivize states to pass red flag laws. On Wednesday, Murphy reached out to Republicans, including moderate Sen. Susan Collins of Maine, who told the Democrat about her state’s yellow flag law that allows law enforcement to confiscate someone’s firearm if both a medical professional and judge sign off.

“I think that is the kind of law that could have made a difference in this case, since … it appears that he suffered from mental illness,” Collins told reporters. “It’s my understanding that he bought his weapon legally and passed a background check, so I really think our focus should be on looking at what some states have done, red flag or yellow flag laws.

Another moderate, Sen. Kyrsten Sinema, D-Ariz., said she will be involved in the conversations. “There’s some shared agreement on red flags,” she said, “which I think might be a place to start conversations to actually get something done.”

The bipartisan talks also could touch on background checks, which are backed by a handful of Republicans, including Sen. Mitt Romney, R-Utah, and Sen. Pat Toomey, R-Pa., who is retiring. Sen. Mark Kelly, D-Ariz., whose wife Gabby Giffords was nearly assassinated in a mass shooting when she was in Congress, spoke to Graham about a proposal to notify the FBI and Bureau of Alcohol, Tobacco, Firearms and Explosives if an individual buys multiple long guns during a period of time.

“That makes some sense,” said Graham, who also highlighted his bill with Blumenthal providing grants to states who implement red flag laws.

But it’s unclear if any red-flag laws could have stopped the unspeakable carnage that unfolded Tuesday at Robb Elementary School in Uvalde, Texas. Authorities said the suspected shooter, 18-year-old Salvador Rolando Ramos, who was killed by police, did not appear to have any prior criminal history as an adult. Days after his 18th birthday, he had purchased two AR-15 style long rifles, one of which was used in the shooting.

Texas Gov. Greg Abbott, a Republican, said Wednesday that Ramos made three posts on Facebook shortly before the shooting that he was going to kill his grandmother and attack an elementary school. But a Facebook spokesman described those correspondences as “private one-to-one text messages that were discovered after the terrible tragedy occurred.”

It’s also unclear if there are 10 Republicans who would be willing to join Democrats to defeat a GOP filibuster on red flag legislation. Many Senate Republicans interviewed Wednesday said they believed red flag laws should be left for states to decide.

Sen. Mike Braun, R-Ind., a former school board member for 10 years, said he backs his own state’s red flag law but believes it would not work on the national level.

“It’s worked in Indiana, and statistically, they’ve shown where it’s reduced some of those horrific kind of issues,” said Braun, adding, “I don’t think we’ll get there” with federal legislation.

After the Texas shooting, President Joe Biden called on lawmakers to “stand up to the gun lobby,” and criticized the proliferation of assault weapons. But even some Democrats conceded that any legislative attempt to ban assault weapons would go nowhere in the Senate given today’s political environment and staunch GOP opposition.

“It ain’t gonna pass if you can’t get background checks done,” said moderate Sen. Jon Tester, D-Mont. “I mean, come on, guys. Kids got killed yesterday for Christ’s sake. Let’s talk about what can be done, not talk about what somebody wants, alright?”

GOP Sen. Kevin Cramer laid out the tough politics in his deeply red state of North Dakota: If he votes for any gun restrictions, voters “would probably throw me out office.”

ABOUT US
Newspot Nigeria is specifically to bridge the gap between the conventional media and the growing social media, special packaging of news reports and features on socio economic and political events in Nigeria, across Africa and the rest of the world. Contact: info[email protected]
Contact us: [email protected]
FOLLOW US
© Copyright © 2020 | Developed byDominion Web
MORE STORIES