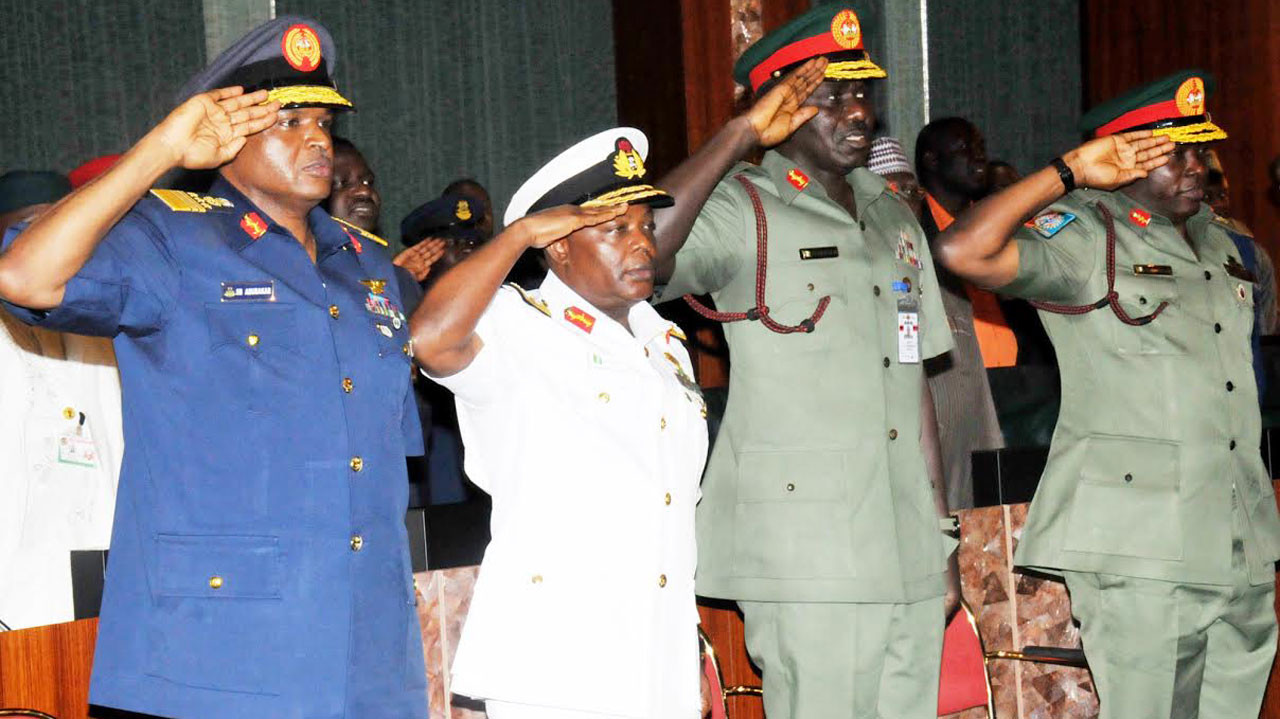 The upper legislative chamber on Tuesday July 21, asked the service chiefs to step aside following the killings of soldiers who are fighting insurgency and banditry in some parts of northern Nigeria.

The senate reached the resolution following a motion sponsored by Ali Ndume, senator representing Borno south and chairman of the committee on army. He expressed worry over the reported voluntary retirement of over 200 army officers.

While the senate asked its joint committee on security to find out why the officers were deserting service, senate president Ahmad Lawan stated that though the army is trying its best to secure the country, they are however not doing enough.

Though the service chiefs; Gabriel Olonisakin, chief of defence staff; Tukur Buratai, chief of army staff; Sadique Abubakar, chief of air staff; and Ibok-Ete Ekwe Ibas, chief of naval staff are all due for retirement, they’ve been retained by President Buhari in spite of calls for their sack.

Photos from the funeral of Awolowo’s eldest daughter, Tola Oyediran

Emmanuel Adebayor accuses ex-girlfriend Dillish Mathews of being a liar and...