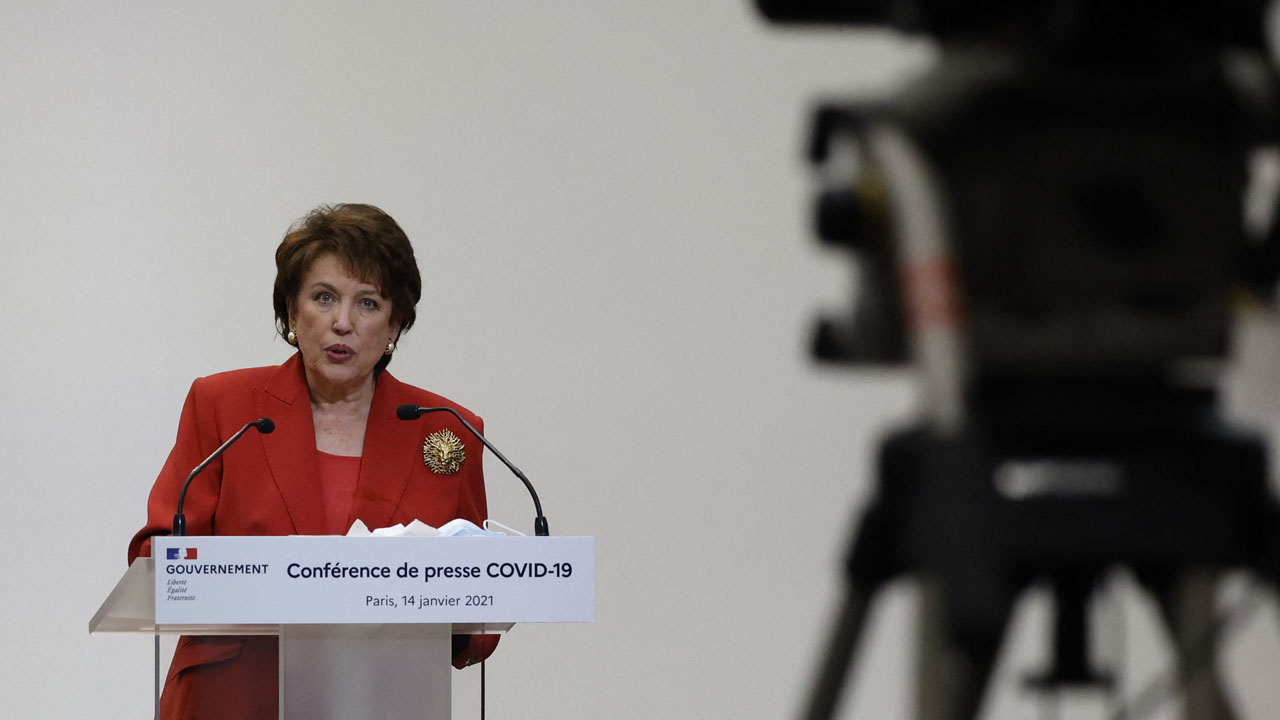 (FILES) In this file photo taken on January 14, 2021, French Culture Minister Roselyne Bachelot speaks during a press conference in Paris, on the current French government strategy for the ongoing coronavirus (Covid-19) epidemic. – Positive for the Covid-19, Roselyne Bachelot has been hospitalized, AFP learnt on March 24, 2021. (Photo by Thomas COEX / AFP)

France’s culture minister has become the second cabinet member to be hospitalised with Covid-19 in the past week, a source close to the minister told AFP on Wednesday.

Roselyne Bachelot, 74, tested positive on the weekend and was taken to hospital after her symptoms worsened, just days after her cabinet colleague Elisabeth Borne was hospitalised.

Labour minister Borne, 59, said on Twitter that she had been released on Wednesday and thanked hospital staff for their help “during these difficult days”.

The source close to Bachelot said her condition was stable and not worrying, adding that her doctor ordered “increased surveillance at the hospital for a few days”.

Paris and its suburbs are seeing a surge in Covid cases that prompted the government to close non-essential businesses last week.

On Tuesday, the government also issued new guidelines for companies in Paris and other regions placed on maximum alerts, urging them to encourage their staff to work from home.

“We can all see that Covid is spreading once again and it’s very worrying… we have several difficult weeks ahead of us,” Darmanin said.

Intensive care units in the Paris region are already beyond their designated capacity with 1,370 Covid patients being treated on Tuesday, and officials are now scrambling to increase capacity to 2,200 in the coming days by cancelling other operations.

Nationwide, the number of intensive care patients stands at 4,634 and doctors warn that cases are on track to match the peak of 4,900 seen during the second wave last autumn.

President Emmanuel Macron announced on Tuesday a new push to step up France’s inoculation drive with the arrival of increased vaccine shipments in April, including the creation of 35 mass vaccination centres.

The country has administered almost 6.4 million initial doses of the three vaccines available in France, representing 9.5 percent of the population, according to health ministry data compiled by the Covidtracker.fr site.