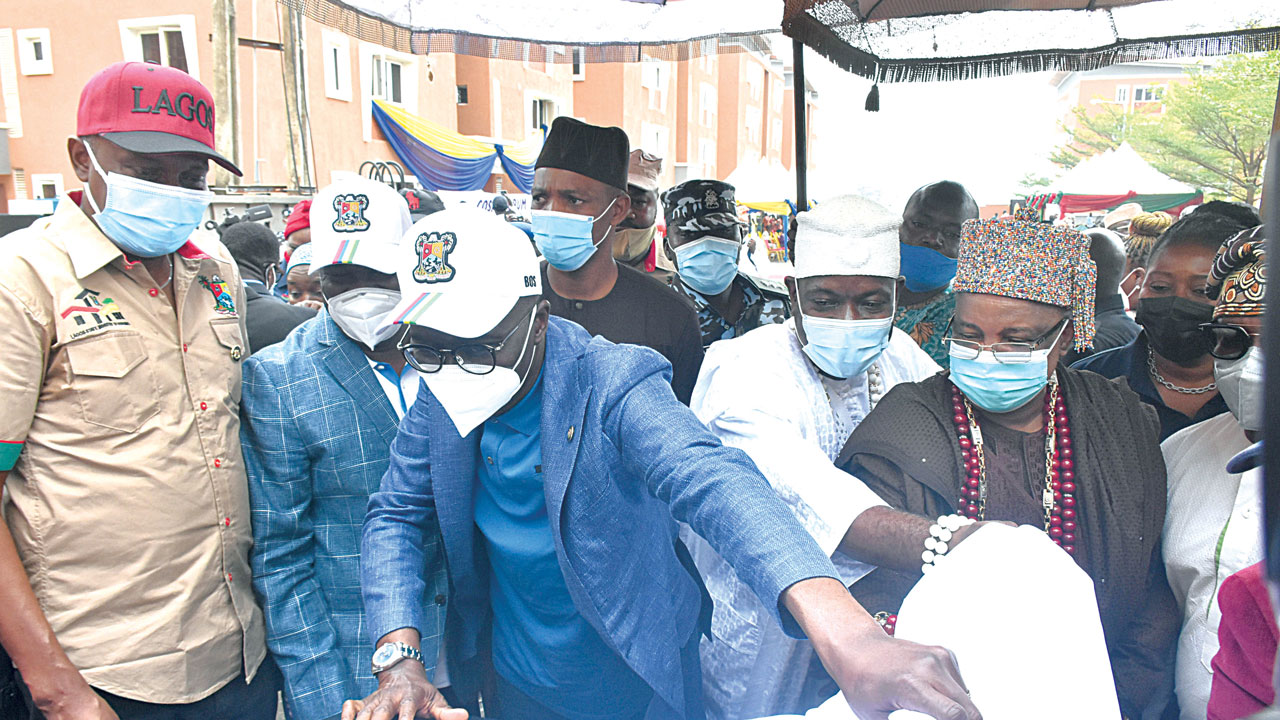 • Commissions 360 housing units in Ikorodu
• Donates three-bedroom flat each to principal, class-teacher, others

Lagos State Governor Babajide Sanwo-Olu has pledged to bridge the housing deficit in the state by providing decent and affordable houses to the people.

Besides, the governor also donated three-bedroom apartment each to two civil servants in the education sector, best principal of the year and 2020 best teacher, as well as a 70-year-old Nollywood star, Mrs. Lanre Hassan Adesina, popularly called Iya Awero.

Sanwo-Olu, who spoke yesterday during the commissioning of 360 housing units of LAGOSHOMS Estate at Igbogbo-Baiyeku Local Council Development Area (LCDA), said his administration was poised to deliver more housing projects to accommodate the increasing number of people migrating to Ikorodu part of the state.

The governor said that the administration was took delivery of housing projects seriously because it recognises that decent housing is a crucial component of sustainable development, reasons housing projects are being funded through direct budgetary allocations as well as public-private-partnerships, which have yielded remarkable results.

He maintained that the completion of the estate was the fulfilment of the dreams and expectations of several Lagosians, adding: “The delivery of this estate should serve as a reminder that the government will keep justifying the confidence of the people in fulfilling promises.”

The governor has, however, renamed the new Igbogbo ‘2B’ Housing Scheme in Ikorodu Estate after former Deputy Governor of the state, Abiodun Ogunleye, as Abiodun Ogunleye Housing Estate, Igbogbo.

In his remarks, the Commissioner for Housing, Moruf Akinderu-Fatai, said the project was the seventh housing scheme commissioned by the administration.

The commissioner said the project was commenced in 2012

Elated Iya Awero thanked the governor for saving her from homelessness, while Ogunleye, after whose name the estate was named, thanked the state government for the honour done to him.