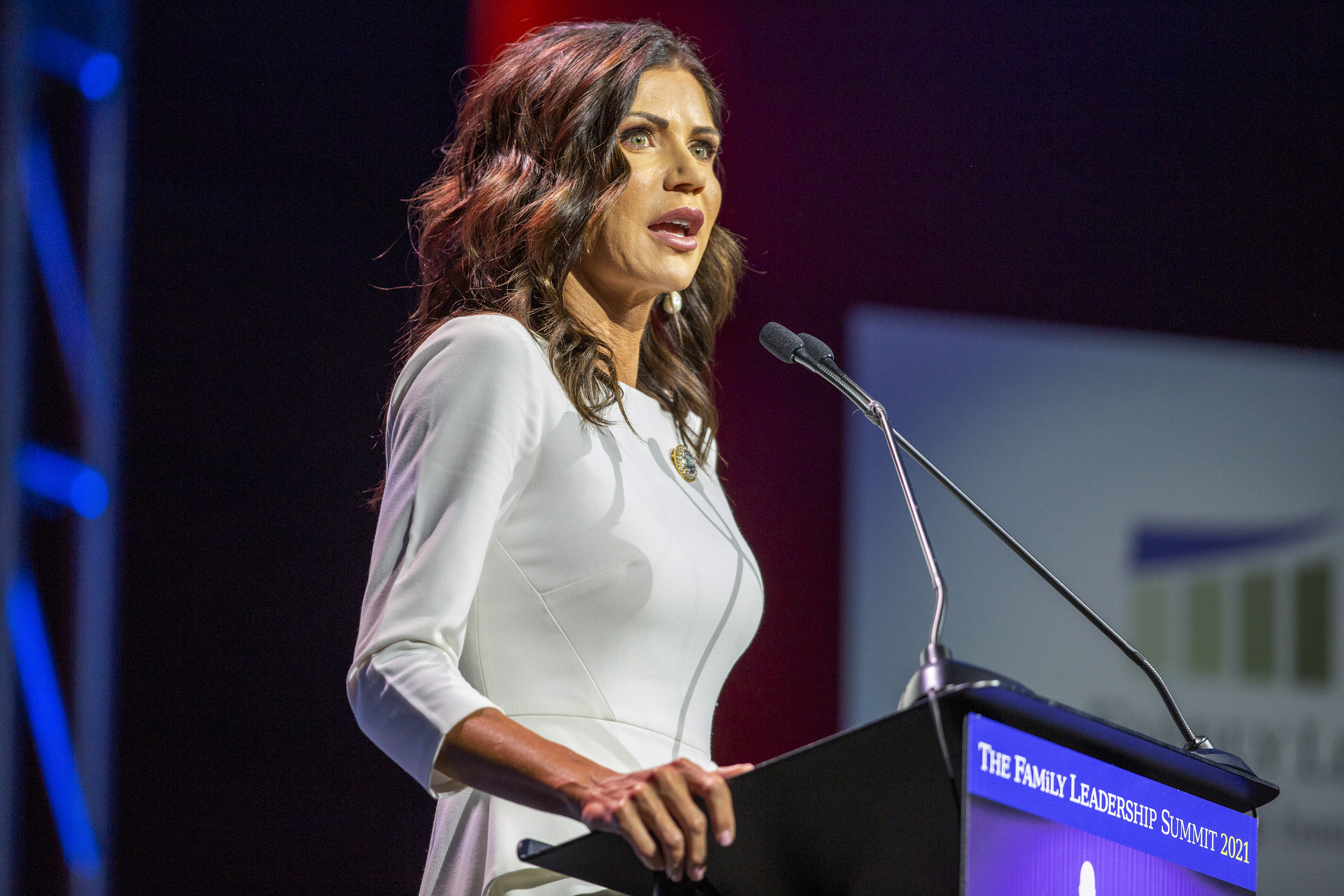 Without saying the word “transgender” or “trans,” the ad promotes a bill that Noem, a Republican, introduced last month. The measure would prevent trans girls from playing on any female sports teams at school, including club teams.

Noem, the first woman to serve as South Dakota governor, said it would be “the strongest law in the nation protecting female sports.”

“In South Dakota, only girls play girls’ sports,” the ad begins. “Why? Because of Gov. Kristi Noem’s leadership. Noem has been protecting girls’ sports for years and never backed down.”

Noem wrote on Twitter that the ad, which promotes her 2022 re-election campaign, will appear on prime-time national news shows Thursday evening.

But last month, she made an about-face, introducing the new bill, which mandates that students compete on sports teams that match the sex listed on their birth certificates “issued at or near the time of the athlete’s birth.”

“Common sense tells us that males have an unfair physical advantage over females in athletic competition,” the governor said in a statement at the time.

“I am certain that Governor Noem would much rather talk about this issue than her pandemic response,” said Gillian Branstetter, a longtime trans advocate and the media manager for the National Women’s Law Center. “We have significantly larger problems, for example, problems that exist! Those would be good problems to solve as opposed to conjuring fictional ghosts of a changing society and attempting to exploit people’s ignorance.”

Major sports organizations, including the NCAA and the International Olympic Committee, allow transgender and nonbinary athletes to compete on teams that correspond to their gender identity under certain conditions. The IOC updated its guidelines on transgender athletes in November, removing policies that required competing trans athletes to undergo what it described as “medically unnecessary” procedures or treatment.

However, South Dakota and 29 other states introduced restrictions on trans athletes last year, according to the Human Rights Campaign, an advocacy group. Ten states have passed laws restricting trans athletes, with nine doing so last year.

Since the start of the new year, state lawmakers in at least seven states have proposed laws that would limit the rights of transgender and nonbinary youths. Several of those measures mirror Noem’s bill, blocking trans students from competing on school sports teams that align with their gender identity.