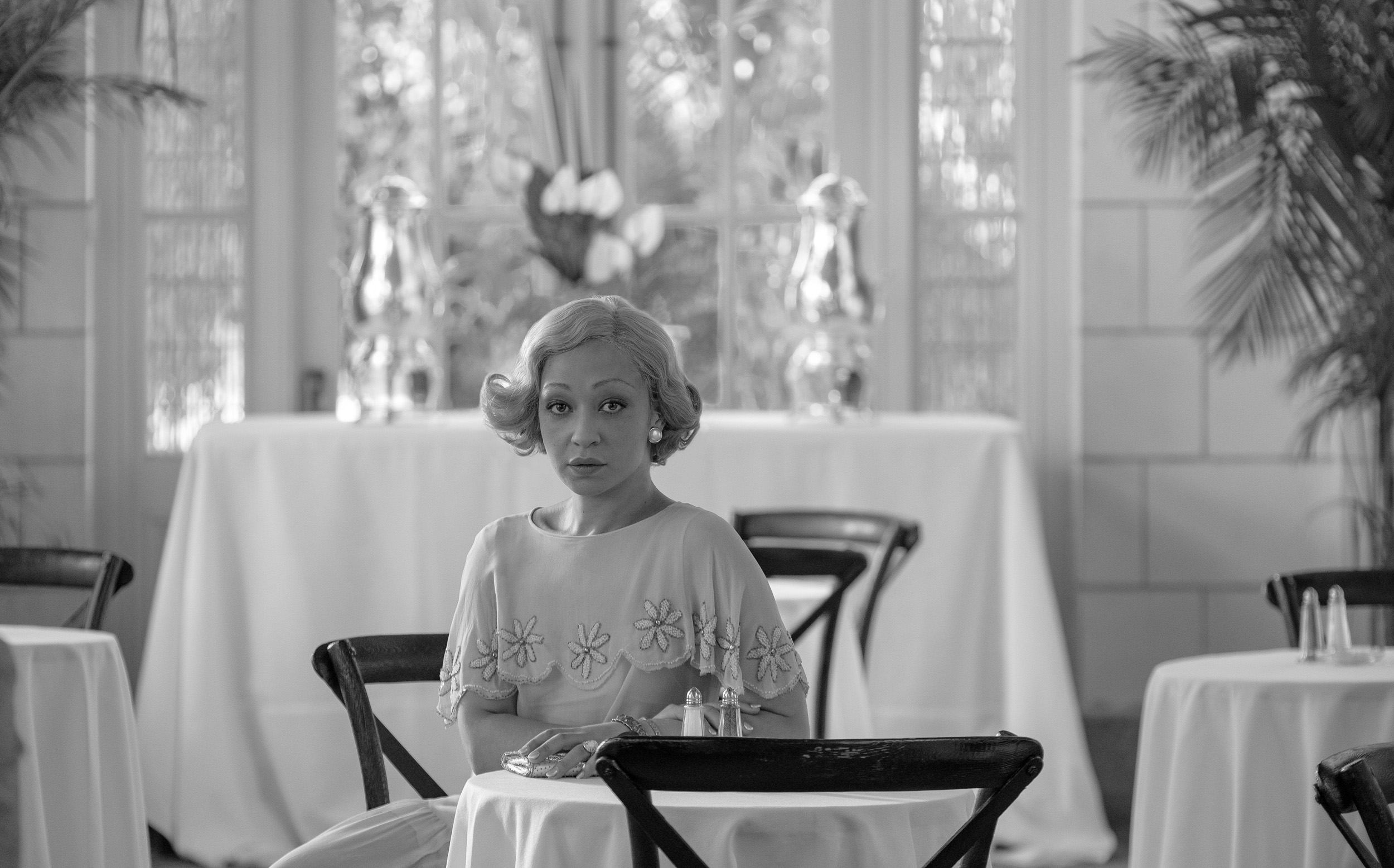 The first time I was introduced to Nella Larsen’s 1929 novel, “Passing,” I was an undergrad in Florida in the early ’90s. As a Black British woman, raised in South Florida with Jamaican-born parents (one of whom is of Cuban descent), I didn’t fit into a neat category of ethnicity. Larsen’s story about two biracial women — Clare Kendry choosing to “pass” for white and Irene Redfield deliberately staying within the Black community — helped me understand, particularly at a time when many young people are undergoing self-discovery, the intricacy of who I was.

Now Netflix’s adaptation of the novel, which will be available for streaming Wednesday, is coming at a time when America is faced with understanding who it is. If you have written off “Passing” as just a historical film, one that will only bring to life scenes that you imagined as you flipped through Larsen’s novel, you should reconsider. It has the potential to be much more than that, particularly when the discussion of race and deconstructing how it’s woven into every part of our society is at the forefront of our collective minds, even more fervently in the past year.

Today the themes of the movie raise the question of why white people seemingly try to “pass” as Black on purpose.

Through the exquisite performance of Ruth Negga, who plays Clare, we see the bordering-on-obsessive behavior of a white-passing woman fixated on the Black community she has abandoned for a guaranteed chance at social mobility. Rather than leave her old life behind for good, Clare develops a compulsive need to revisit her old life, no matter the risk, after a chance meeting with Irene (played by the equally captivating Tessa Thompson). She becomes less and less satisfied with her assumed identity and life.

Viewers should recognize a nagging conundrum here that has come up all too often today: Many white people understand, compared to their Black counterparts, the privilege they have in America — to be paid more, to be less likely to be traumatized by police encounters, to get unbiased care by medical professionals, to not be undervalued in the real estate market — but some remain obsessed with Black culture, leaching from it when they suddenly see value in it.

Clare feeds insatiably on her relationship with Irene, her family and the Black community of upper-class Harlem. She is always wanting more, even if it means not only her own impending destruction but also that of her friend Irene. We get a glimpse of this during a conversation between Irene and her white novelist friend Hugh Wentworth (Bill Camp). Irene muses: “It’s easy for a Negro to pass for white. I’m not sure if it would be so simple for a white person to pass for colored.”

However, today examples of white people appropriating Blackness abound, from Rachel Dolezal’s claiming to be “transracial” and posing as a Black woman for decades to Instagram stars’ overzealously tanning, wearing traditionally known Black hairstyles, like box braids, and mimicking the latest African American vernacular in a much-derided trend called “Blaccent.”

In the age of social media, especially in the past year, there is a heightened awareness of not only the significance of racial identity and Black culture but also the danger presented by being Black in America, exhibited in the cases of racial profiling with deadly consequences. The lived realities of being Black in America have made instances of “Blackfishing” even more upsetting, rightfully triggering backlash. This also adds yet another dimension to the conversation of racial identity: Black people passed as white to escape oppression in post-Reconstruction America, but today the themes of the movie raise the question of why white people seemingly try to “pass” as Black on purpose.

For Black women, who have a unique history of being silenced, which is explored in the themes of “Passing,” erasure is a consistent threat.

Recently, Kylie Jenner has been called out for Blackfishing after she posted photos on social media, where her complexion appears unnaturally dark from makeup or tanning. And this isn’t the first time. Singer Jesy Nelson was called out for doing the same in the music video for her recent single, “Boyz.”

But why does that matter? It matters because erasing the origins of what is uniquely Black culture marginalizes the Black experience. For Black women, who have a unique history of being silenced, which is explored in the themes of “Passing,” erasure is a consistent threat.

Kim Kardashian was famously criticized a few years ago for incorrectly asserting that cornrow braids were originated by Bo Derek in the 1970s rather than crediting their historical West African origin.

With the advent of social media, Black women’s voices and styles have typically been either erased or appropriated and commodified for profit. This is why Black women on the TikTok social media platform staged a strike this summer, refusing to post dance videos to protest not getting credit for their choreography. Black creators even went as far as to pursue copyright protection for their content.

These are the moments that — under the powerful debut direction of Rebecca Hall, who takes us on a visually stunning journey illustrating the complexity of the phenomenon of Black people “passing” for white — viewers have a moment to re-examine.

In one poignant exchange between Irene and her husband, Brian Redfield (André Holland), she says, “You’d think they would be satisfied being white.” Brian responds, “Who’s satisfied being anything?”

That scene and many others will challenge viewers to confront uncomfortable truths about how race, with all the nuances attached to it, isn’t something that has stayed in the distant past.

As is so exquisitely and painfully depicted in the stark black-and-white images in the cinematography of “Passing,” for Black people then and even now, racial identity is not a construct that can be assumed and abandoned as easily as posting a TikTok video. And as the movie hurtles toward its shocking but also almost foregone conclusion, we can’t help but be left to wonder about Clare’s underlying true motives. We contemplate the dire circumstances that would drive someone to risk it all to assume another racial identity, not to increase follower count or for likes but for an elusive chance at a happy life.