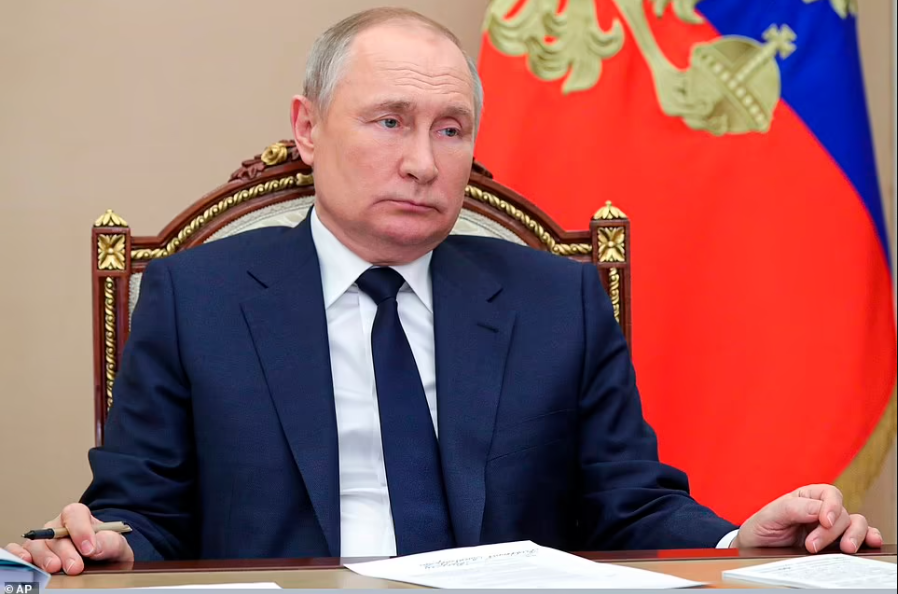 The Kremlin has warned it could target military sites in the UK and other NATO countries because of their support for Ukraine.

Maria Zakharova, the Russian foreign ministry spokeswoman, suggested that strikes could be authorised against NATO states who provide arms to Ukraine.

She warned: ‘Do we understand correctly that for the sake of disrupting the logistics of military supplies, Russia can strike military targets on the territory of those Nato countries that supply arms to the Kyiv regime?

‘After all, this directly leads to deaths and bloodshed on Ukrainian territory. As far as I understand, Britain is one of those countries.’

He added that it would be ‘completely legitimate’ for British weapons to be used in such attacks, even though none are currently thought to be.

Heappey also said that Britain would re-start the training of Ukrainian troops inside Ukraine if the conflict became ‘frozen’ in the eastern Donetsk and Luhansk regions.

But his remarks were seized upon by the Kremlin, with the defence ministry accusing him of ‘provocation’.

In a significant escalation of tensions, Moscow also warned that it would be prepared to strike back at ‘decision-making centres’ in Kyiv in retaliation even if British and other Western diplomats were present.

Reacting to the threats, Tobias Ellwood, chairman of the defence select committee, said Heappey’s remarks had the ‘potential to invite retaliatory attacks into Poland’.

He also warned that Russia could hit western targets outside Ukraine and told The Times that the West was becoming ‘increasingly involved in a proxy war’.

This comes after Boris Johnson last week announced that Britain will reopen its embassy in Kyiv two months after staff were evacuated as war broke out. The embassy is due to open this week ‘dependent on the security situation’.