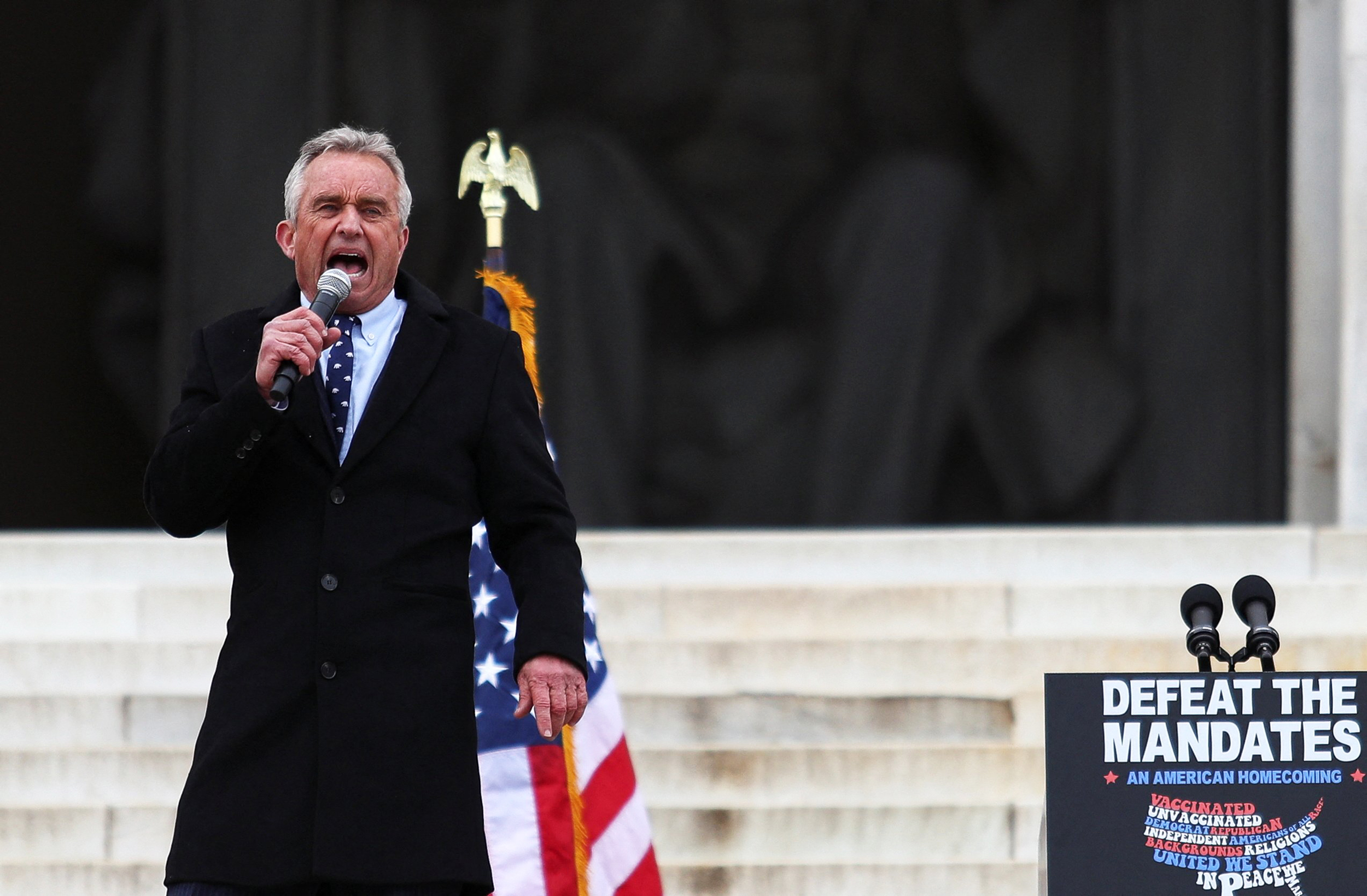 Robert F. Kennedy Jr. apologized Tuesday after critics, including members of his own family, blasted him for implying Anne Frank had more freedom in hiding from the Nazis than people have today under U.S. vaccine policies.

“I apologize for my reference to Anne Frank, especially to families that suffered the Holocaust horrors,” he tweeted. “My intention was to use examples of past barbarism to show the perils from new technologies of control. To the extent my remarks caused hurt, I am truly and deeply sorry.”

“Even in Hitler Germany, you could cross the Alps into Switzerland. You could hide in an attic like Anne Frank did,” he said during the “Defeat the Mandates” rally.

Frank was a Jewish teenager who was in hiding in the Netherlands when the Nazis were in power. She was eventually found and died in a concentration camp during the Holocaust.

“I visited, in 1962, East Germany with my father and met people who had climbed the wall and escaped, so it was possible. Many died, true, but it was possible,” Kennedy added. His comment did not address that some 6 million Jews died in the Holocaust.

His sister Kerry denounced his comments, saying on Twitter Tuesday that “Bobby’s lies and fear-mongering yesterday were both sickening and destructive.”

“I strongly condemn him for his hateful rhetoric,” she added, noting his views do not represent their family.

His wife, actress Cheryl Hines, also appeared to distance herself from Kennedy.

“My husband’s reference to Anne Frank at a mandate rally in D.C. was reprehensible and insensitive,” she tweeted Tuesday. “The atrocities that millions endured during the Holocaust should never be compared to anyone or anything. His opinions are not a reflection of my own.”

The Auschwitz Memorial in Germany, now a museum dedicated to the over 1 million killed in concentration camps operated by Nazis there, also condemned the comparison.

“Exploiting of the tragedy of people who suffered, were humiliated, tortured & murdered by the totalitarian regime of Nazi Germany — including children like Anne Frank — in a debate about vaccines & limitations during global pandemic is a sad symptom of moral & intellectual decay,” the Auschwitz Memorial tweeted.

“Making reckless comparisons to the Holocaust, the murder of six million Jews, for a political agenda is outrageous and deeply offensive,” the museum said.

The CEO of the Anti-Defamation League, an international Jewish nongovernmental organization, Jonathan Greenblatt, tweeted that the use of Anne Frank and the Holocaust “as a comparison to the U.S. gov’t working to ensure the health of its citizens is deeply inaccurate, deeply offensive and deeply troubling.”

Kennedy’s statements were also criticized by Trevor Noah, host of “The Daily Show.”

“Yeah, the man is right. Who could argue? No one ever talks about how good Anne Frank had it: free room and board, all the time in the world to write, pretty sweet deal if you ask me,” he joked.

In a longer statement shared with NBC News on Tuesday, Kennedy said he “compared no one to the Nazis or Adolf Hitler.”

“I referred to Anne Frank’s terrible two year ordeal only by way of showing that modern surveillance capacity would make her courageous feat virtually impossible today,” he added. “Characterizing this discussion as ‘anti-Semitic’ is unfair and cheapens a term that should always retain its terrible power.”

Kennedy has spoken out against vaccinations for years.

The “Defeat the Mandates” rally, sponsored by his anti-vaccine nonprofit group, included several speakers who criticized vaccine policies and mandates amid the backdrop of the Covid-19 pandemic.