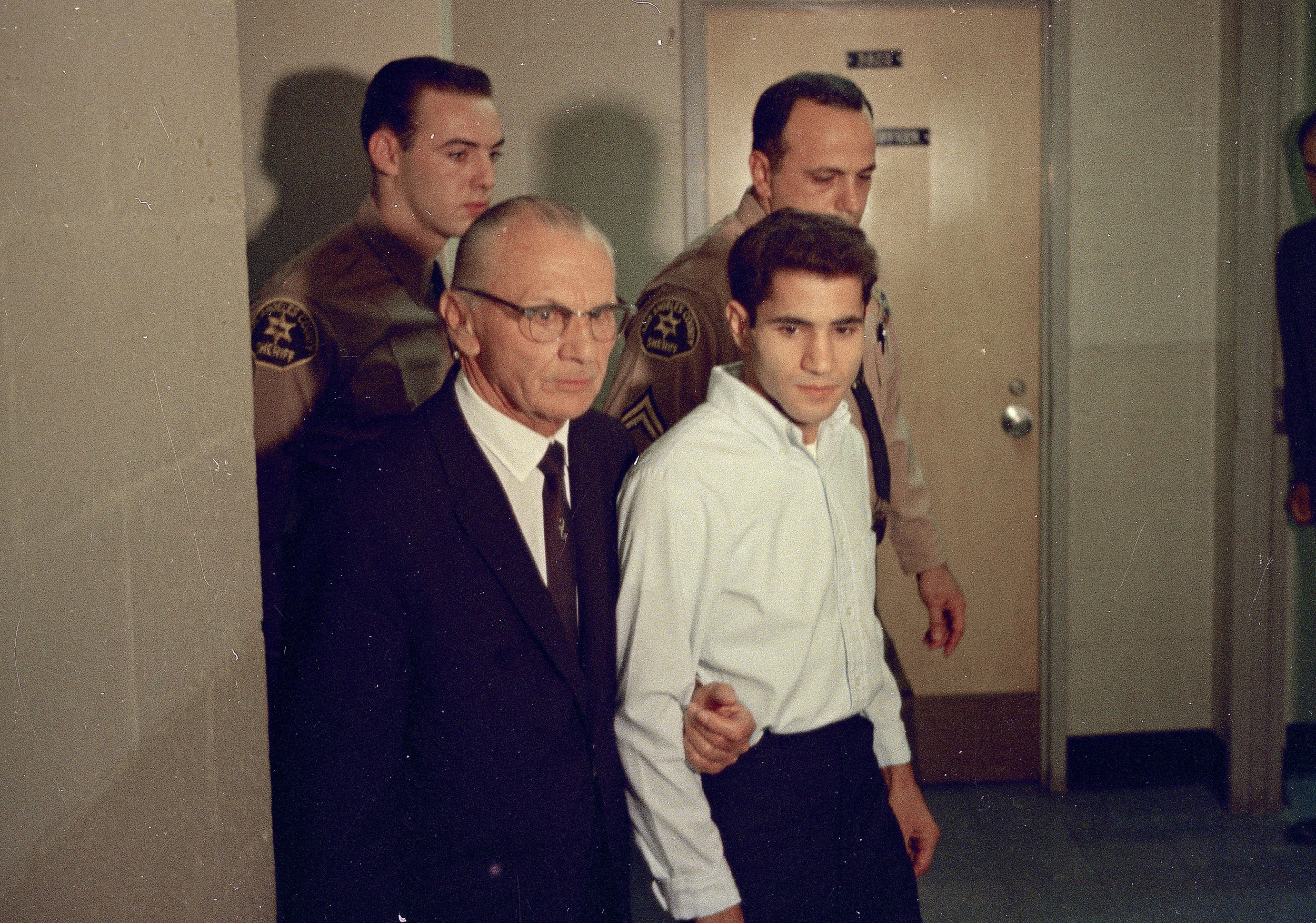 Sirhan was found suitable for parole in August by a two-person panel. However, the California Parole Board’s staff had 120 days to review the decision, and the governor had another 30 days to approve, deny or modify it.

Newsom explained his decision to overrule the parole board’s recommendation in an editorial published by the Los Angeles Times.

“After carefully reviewing the case, including records in the California State Archives, I have determined that Sirhan has not developed the accountability and insight required to support his safe release into the community,” Newsom wrote. “I must reverse Sirhan’s parole grant.”

He went on to say that though Sirhan is now 77 and decades have passed, he “remains a potent symbol of political violence.”

“He does not understand, let alone have the skills to manage, the complex risks of his self-created notoriety,” Newsom said. “He cannot be safely released from prison because he has not mitigated his risk of fomenting further political violence.”

It was the 16th time Sirhan sought parole following his conviction for assassinating Kennedy, 42, in the kitchen of the Ambassador Hotel in Los Angeles on June 5, 1968.

The presidential hopeful had been celebrating his victory in the state’s Democratic primary and died a day after the shooting.

Sirhan, a Palestinian-born Christian from Jordan who opposed Kennedy’s support for Israel, was caught with a gun in his hand but has maintained for years that he doesn’t remember shooting the senator. He was initially sentenced to death, but the sentence was commuted to life in prison after California banned the death penalty.

The Los Angeles County District Attorney’s Office, for the first time, did not oppose Sirhan’s latest attempt for freedom.

But Kennedy’s widow, Ethel Kennedy, and other family members argued against him being released.

“Bobby believed we should work to ‘tame the savageness of man and make gentle the life of the world.’ He wanted to end the war in Vietnam and bring people together to build a better, stronger country. More than anything, he wanted to be a good father and loving husband,” Ethel Kennedy said in September via a statement to NBC News.

“Our family and our country suffered an unspeakable loss due to the inhumanity of one man. We believe in the gentleness that spared his life, but in taming his act of violence, he should not have the opportunity to terrorize again,” she said, ending her statement with: “He should not be paroled.”

In a separate statement, Kennedy’s children urged the parole board staff, the full board and the governor “to reverse” the recommendation for parole.

More officers were charged in fatal police shootings in 2021. Not everyone sees progress.