The bandits were reported to have invaded the community in broad daylight, set houses of the locals ablaze, thereby forcing them to flee the community for their lives.

The leader of the Fulani community told Newspot that the attack was carried out by outsiders as they have lived peacefully with their Adara neighbours in the past 20 years.

Chairman Miyetti Allah Kajuru, Yusuf Musa, noted that although no life was lost, properties destroyed are so much that they cannot be accounted for. 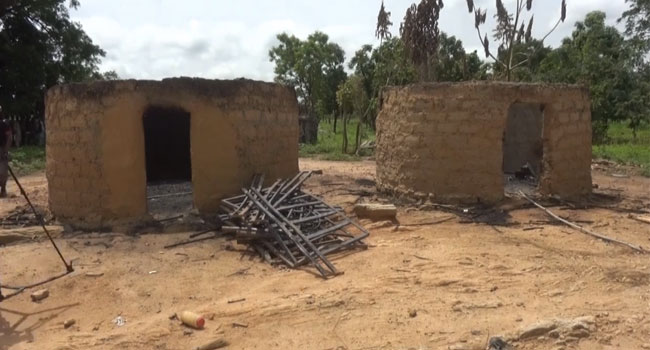 “When they came, they put fire in our houses and left. Some of the people called my attention to this and told me what happened.

“This was after the bandits have left and the residents were going to remove what was left of the shambles. What was lost is so much that I cannot count them all,” the Chairman Miyetti Allah Kajuru, Yusuf Musa said.

Following the attack which was carried out on Friday, security officials led by the Kaduna State Commissioner for Internal Security and Home Affairs visited the community for an on-the-spot assessment of the situation.

Agwala Dutse is a small ruga settlement in Kajuru Local Government Area of Kaduna State largely inhabited by Fulani herdsmen and their families.

The Kaduna State Government had launched multiple military operations in Kajuru since 2018 to help end the attacks, but the security chiefs say dialogue, tolerance and mutual trust are key to ending the conflicts in the area.