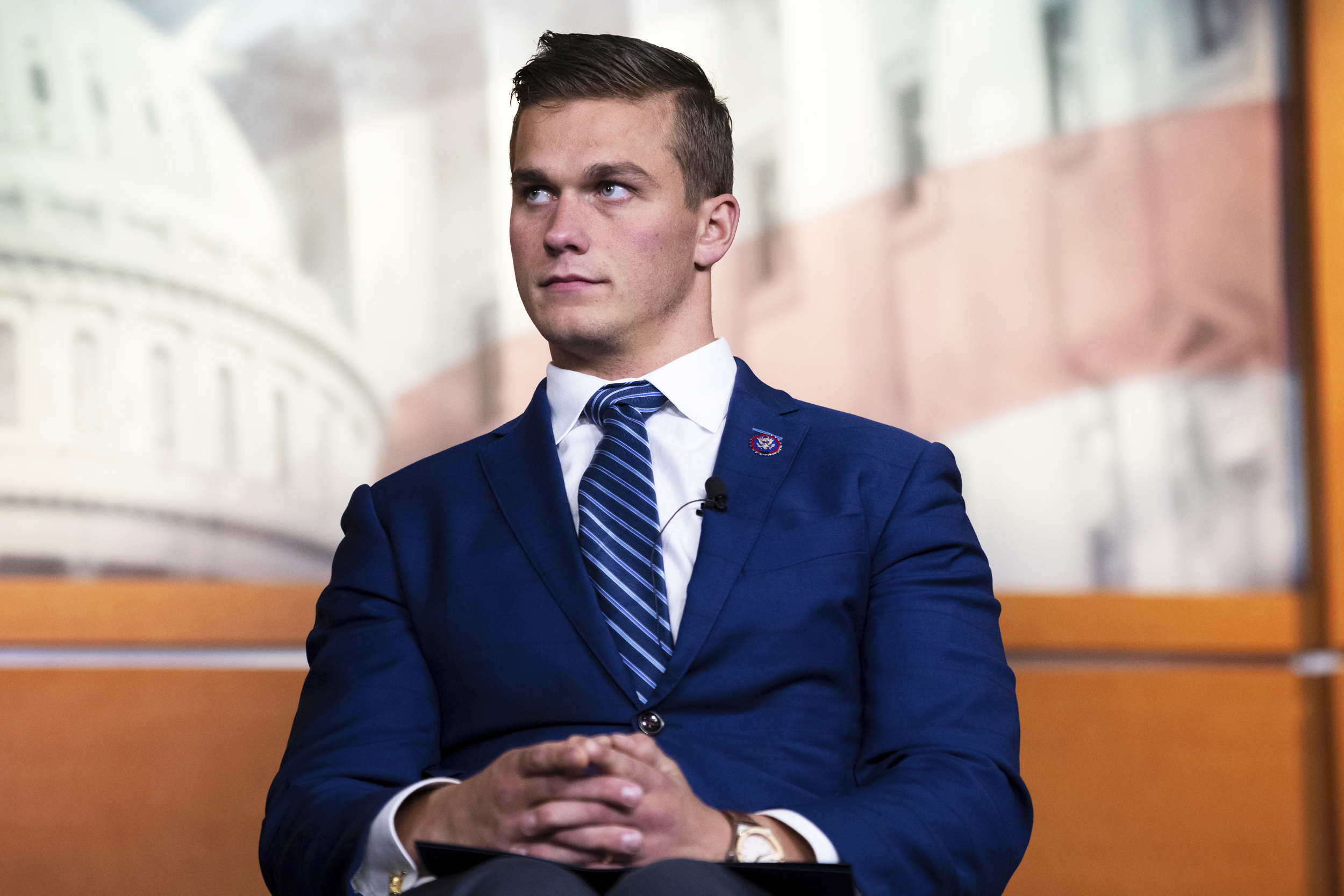 WASHINGTON — Rep. Madison Cawthorn, R-N.C., was cited Tuesday for having a 9mm handgun at a TSA checkpoint at Charlotte Douglas International Airport, the first-term lawmaker’s second misdemeanor charge in as many months.

Tuesday’s incident occurred just before 9 a.m., when Charlotte-Mecklenburg Police Department said it was notified that Transportation Security Administration agents had found a firearm, ammunition and a magazine in Cawthorn’s belongings at a security checkpoint, according to a police report.

Cawthorn was issued a citation in lieu of an arrest for possession of a dangerous weapon on city property, a misdemeanor charge. The airport is owned and operated by the City of Charlotte and has several postings stating “no dangerous weapons allowed,” police said in their report. They added in a statement that Cawthorn was cooperative and told officers that the gun belonged to him.

A TSA spokesperson said the penalty for violating rules surrounding firearms is up to $13,900. It was not immediately clear if the agency will pursue a fine against Cawthorn, with the spokesperson telling NBC News, “We do not discuss the details of each individual case.”

After Cawthorn was released, officers took possession of the firearm, a standard procedure, police said.

A citation instead of arrest in also normal procedure, the department said, “unless there are other associated felony charges or extenuating circumstances.”

NBC News has reached out to Cawthorn’s office for comment.

The misdemeanor charge is Cawthorn’s second in the past two months. In March, he was charged with driving with a revoked license and faces two pending citations for speeding. He has a May 6 court date for the license charge, a misdemeanor.

Cawthorn, 26, uses a wheelchair because he was seriously injured in a 2014 car accident while riding as a passenger in the car of a friend who fell asleep at the wheel, according to his 2019 federal court filing against the auto insurance company.

The North Carolina Republican recently caused an uproar when he claimed on a podcast that his congressional colleagues were using drugs and inviting him to sex parties. On the podcast, Cawthorn discussed “the sexual perversion that goes on in Washington” and said some of his older colleagues had invited him to a “sexual get-together.”

Sen. Thom Tillis, R-N.C., on Tuesday questioned Cawthorn’s maturity after his recent run-ins with the law.

“Speeding tickets have happened and driving without a license has happened,” Tillis said when asked about Cawthorn’s past encounters with law enforcement. “These things just speak to judgement. Judgement or maturity.”

“We’ve got to have somebody who’s demonstrating judgment and temperament and a willingness to work together for the betterment of North Carolinians,” Tillis said Tuesday, adding that right now Cawthorn is “not at that table.”

Rebecca Shabad is a politics reporter for NBC News based in Washington.

Tens of thousands of monkeypox vaccine doses to be distributed immediately in U.S.