Lagos State government on Thursday revealed plans on how schools in the state will be reopened amid the coronavirus pandemic. Schools in the state have been closed since April as part of measures to limit the spread of the virus.

Tokunbo Wahab, Special Adviser on Education to Governor, Babajide Sanwo-Olu, in an interview on Newspot’s breakfast programme, Sunrise Daily said the reopening will be in phases.

“Not all the pupils in the state will be allowed to resume at the same time. Resumption will be phased to the extent that on the 21st we will not open our primary schools yet.”

Wahab said the phased resumption is necessary to flatten the curve and gradually integrate the pupils back to the normal school process. 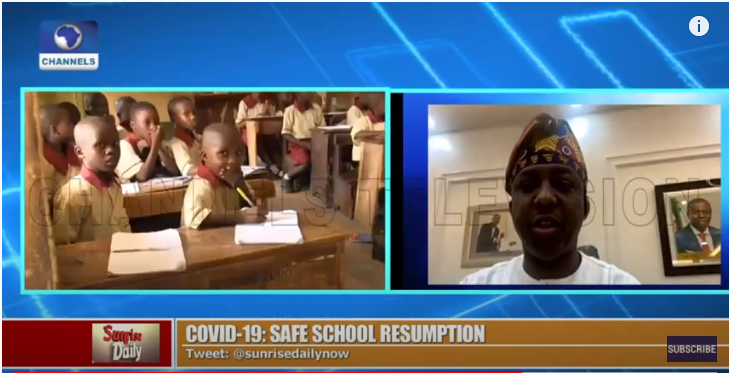 “We are going to start with final year students across our tertiary institutions. Then after their exams, those in their penultimate year can resume,” Wahab said.

The final year students of tertiary institutions will be the first set of pupils to resume in the state because according to the governor’s special adviser, “they are older and more matured.”

Parents have been informed and are advised to cooperate with the state government.

Governor Babajide Sanwo-Olu had earlier announced the reopening of schools

The schools will be reopened based on the regulations of the Nigeria Centre for Disease Control (NCDC).