Sean Okeke, Rema’s manager has weighed in on the current fracas between the youngster and DJ Neptune as regards his song. 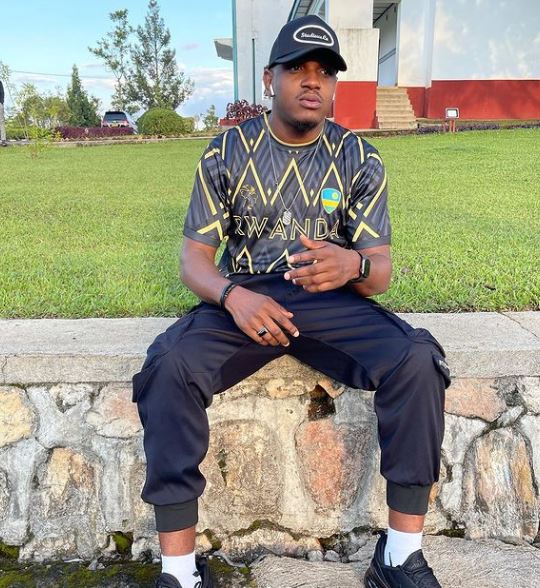 Rema had surfaced on Twitter on 26th November to call out DJ Neptune for releasing his song ‘For You’ without his consent; what he described as a ride on his humility. 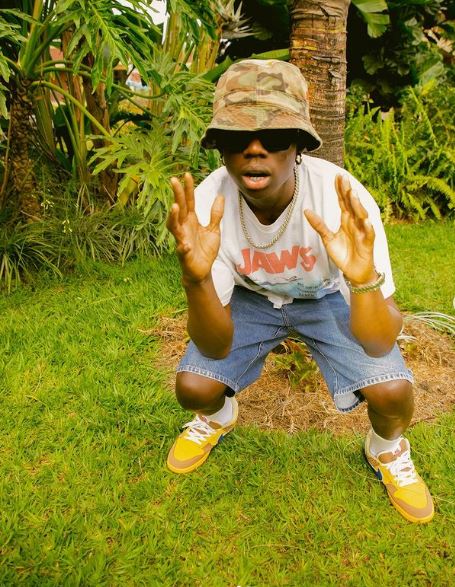 Neptune reacting to this, issued out an official statement and chats between him and Sean Okeke which showed that he underwent due process before putting out the song contrary to Rema’s claim. 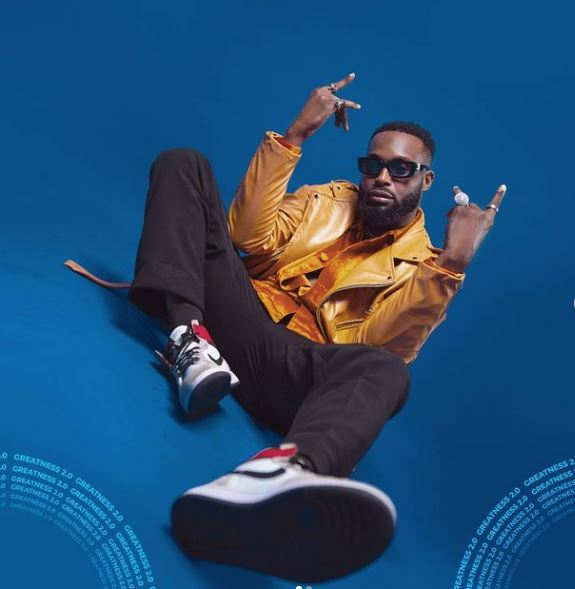 However, in response to the whole drama, Super Sean in a statement released on Saturday attributed the misunderstanding to a gap in communication and the delay in obtaining a definite approval from Mavin Records for the song’s release.

“TO WHOM IT MAY CONCERN

In a bid to clear the air on the recent statements online regarding the release of the song – “For You” on DJ Neptune’s new album, I would like to make the following clarifications and assertions on the matter an hopefully put to rest this issue.

Firstly, I acknowledge that I and my big bro- DJ Neptune had conversations regarding the said collaboration as well as the song release sometime last year 2020.

Few months passed, and the artiste felt the song shouldn’t be released any more as there was no more release timeline for it and urged me to communicate same with my Big Bro.

I made it known to DJ Neptune some time during our conversation that the song can’t come out again as we don’t have anymore free release window available for the song and hence we can’t put it out there. I also on my part promised to to follow up with the artist & label with hope of convincing all parties to approve the song release.

Since an official approval was not released nor split sheets signed, I felt the song won’t be released anymore.

Looking back at all that just happened , I really I wish I had just held my ground that the artiste doesn’t really want the song released anymore which would have made DJ Neptune focus on getting other songs for his album.

In conclusion, I wish to apologize to all parties involved and seek the peaceful resolution of the matter with the song in question taken down in respect of the artist’s Wish.

Refer to the document below; 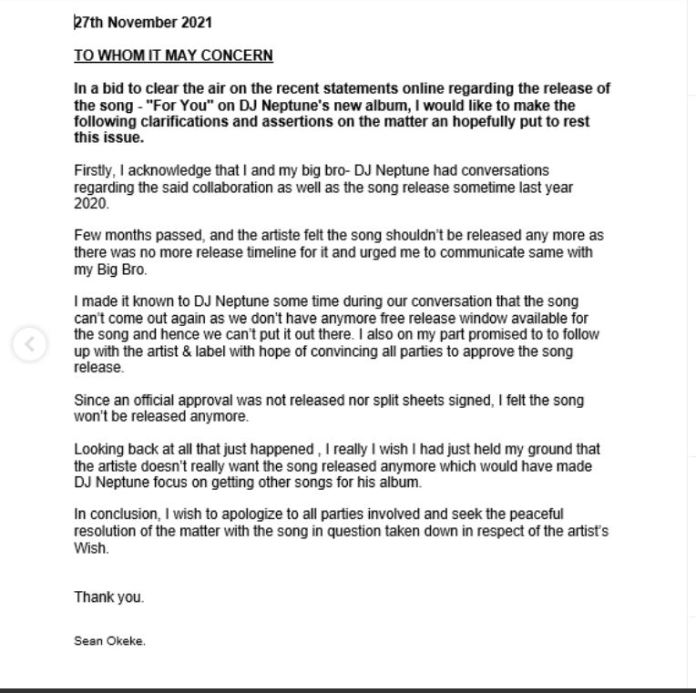 Rapper Yung6ix reveals the reason he won’t buy the iPhone 13.

Tunisia shock Nigeria, Comoros to use outfield player as goalkeeper |...

BREAKING: Eguavoen steps down as Super Eagles coach after AFCON 2021...