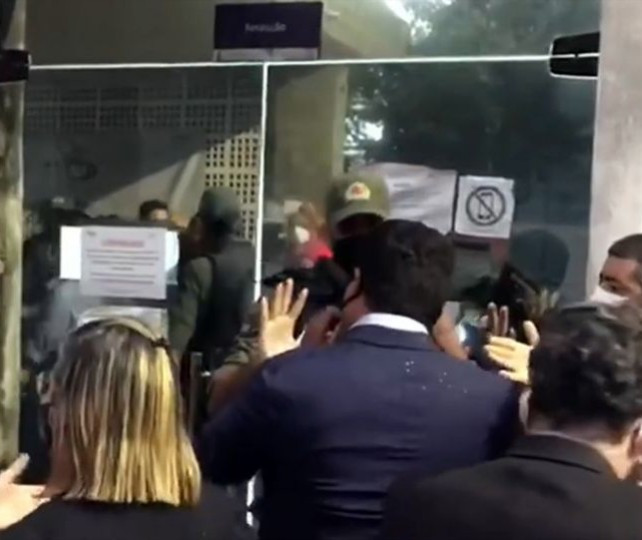 A pregnant 10-year-old girl had to be protected by military police when angry religious protesters tried to block her from having an abortion at a hospital in Brazil.

The child, from Sao Mateus, was allegedly raped by her uncle.

She told medics her uncle had been raping her since the age of six and she had never reported him because he allegedly threatened her, according to newspaper G1.

The girl was discovered to be pregnant after she visited a hospital, complaining of abdominal pains.

Her uncle, an unnamed 33-year-old man, had been arrested and indicted for rape but is on the run, according to Brazilian media reports.

The girl was forced to travel to a hospital more than 900 miles from her home after her own local facility refused to treat her, amid a highly-politicised legal battle that has caused widespread outrage in Brazil.

Some people are insisting the child keeps the pregnancy however, others are in support of an abortion.

The girl’s private information and whereabouts was reportedly leaked online after she sought an abortion in the eastern state of Espirito Santo.

Far-right religious protesters converged at the hospital as the girl was due for the abortion on Sunday, August 16.

They were filmed hurling abuse at hospital staff and the the driver of the taxi the child was in as they tried to enter.

Some protesters even reportedly attempted to break into the hospital in Pernambuco to try to prevent the procedure from going ahead.

According to G1, the protesters were drawn to the hospital after the right-wing anti-abortion activist Sara Giromini posted the name of the girl and the location of the hospital in a social media video. 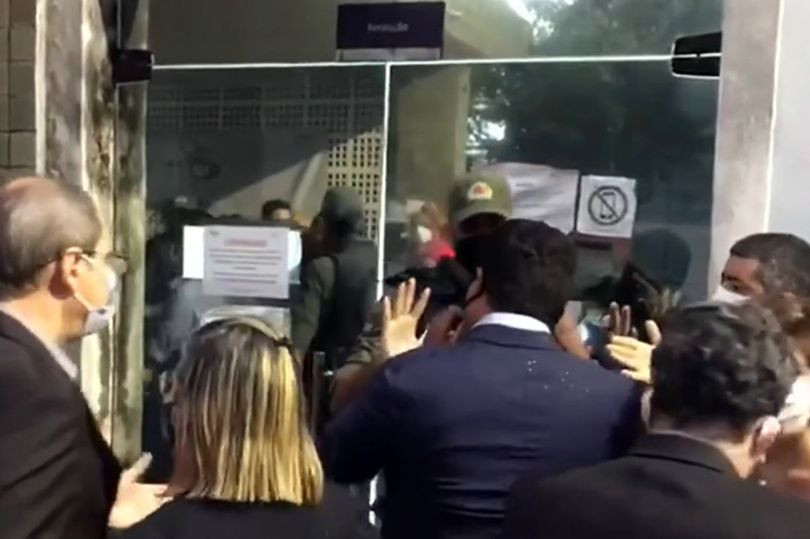 Pro-choice activists also flocked to the hospital on Sunday to defend the girl and ensure her safe passage amid the noisy protests.

Paula Viana, who escorted the child from Recife’s airport to the hospital, told the Guardian she stopped the taxi on the way from the airport, hid the little girl in its boot, and smuggled her into the hospital through a side entrance as protesters demonstrated outside.

“It’s just unbelievable this is happening in Brazil, that part of the population really believes abortion is worse than rape,” said Ms Viana, who works with women’s rights group Curumim.

But we weren’t surprised because we know we have a president who is supportive of these shows of hatred.”

The protesters reportedly tried to prevent the hospital director from entering the building and tried to break inside, until Military Police were called in to guard the unit.

According to hospital management, the girl is recuperating well after undergoing the procedure.