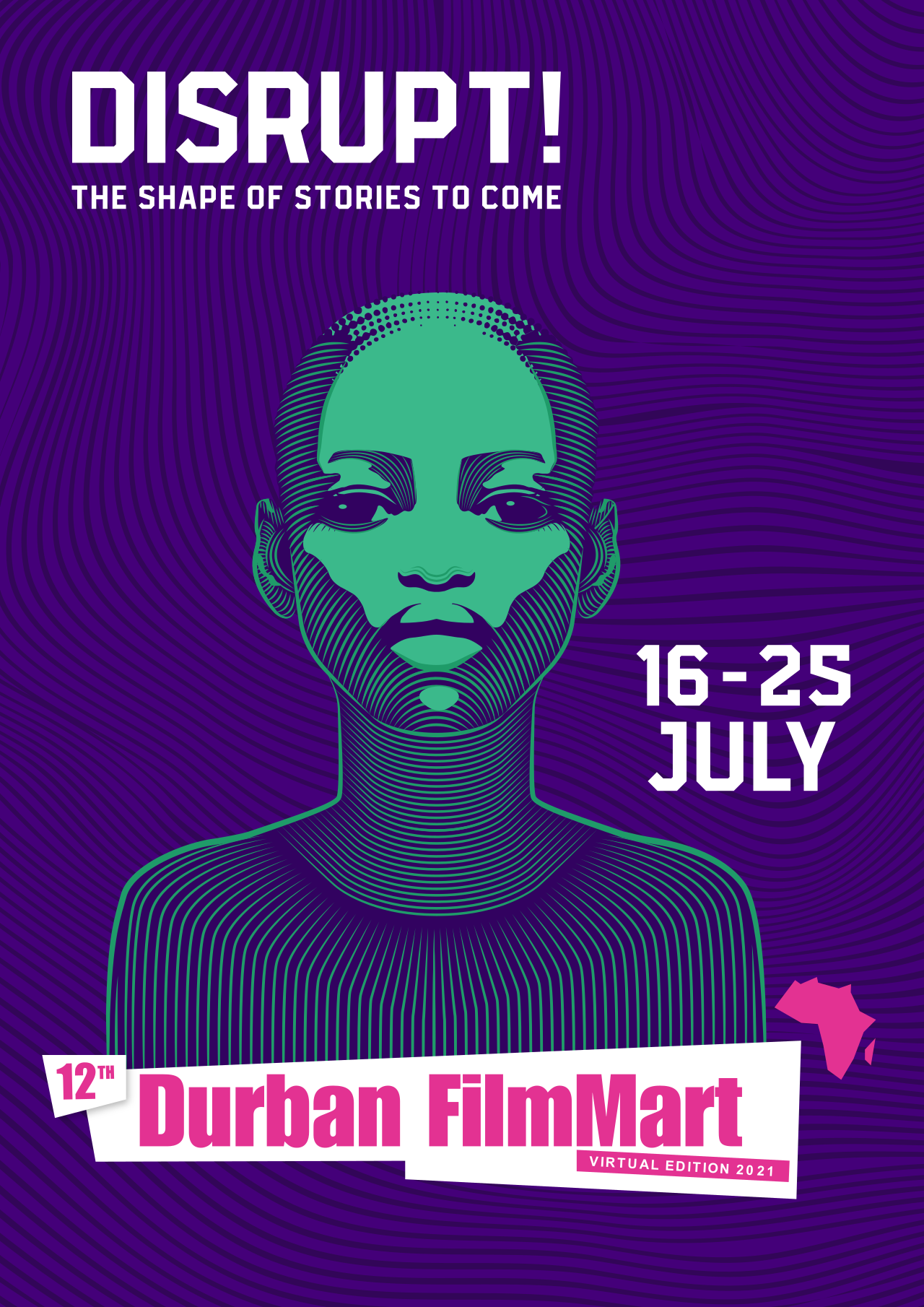 The 12th edition of Durban FilmMart, a pan-Africa film industry event, has been scheduled to hold between the 16th and 25th of July 2021. The event, with the title ‘Disrupt! The Shape of Stories to Come’ is embracing the disrupting effect the COVID-19 pandemic has had on the film industry. You ca now register for the event here.

“Building on the success of our first all-digital market last year, the 12th Durban FilmMart will look to unpack the disruption that the film industry has had to navigate while celebrating the unique opportunities it has presented,” explains Magdalene Reddy, acting General Manager of the Durban FilmMart Institute. “We will also acknowledge key aspects that are unique to us as Africans – all while offering the same fair access across the industry, fostering community within the African film industry, and providing a platform for networking with an international market,” Reddy added.

The Pitch Forum from 16-19 July, brings together financiers, funders, investors, and programmers with 70 African projects in development. These include the DFM documentary and fiction projects, participants of the Talents Durban programme in partnership with Berlinale Talents, and a spotlight on selected projects from Lusophone Africa in partnership with the International Emerging Film Talent Association. The Jumpstart incubator programme, in partnership with Produire au Sud, will provide script development mentorship for 6 emerging directors.

Following last year’s inaugural DFM Content Shop, the 2021 programme will present a digital catalogue of 60 African projects (fiction, documentary film of all lengths as well as series and animation) that are ready for sale and distribution. These films have been curated to reflect the unique storytelling of African that is available to the international market.

This year’s Industry Programme sees the introduction of new focus areas as well as the return of the successful DFM in Conversation, Durban Does Docs, Engage and Talent Filmmaker Talks.

The DFM in Conversation is a series of keynote talks with leading content producers working in or with Africa. Speakers include Effie T. Brown, the CEO of Gamechanger Films, a highly acclaimed award-winning, film television and digital producer. In addition, the stream will include Kenyan filmmaker and member of the Academy Judy Kibinge, who has written and directed several award-winning fiction and documentary films and multi Emmy Award nominee, Coréon Dú (Semba Comunicação Group) who has over the past 15 years, contributed to the creative industries in his native Angola and beyond.

Talents Filmmaker Talks invites a range of directors from the continent to highlight their storytelling journeys through the various forms of fiction, and documentary. Speakers include film professionals from across the continent such as Mahad Hashi (Somali Reacts, Somalia), Isaac Godfrey Geoffrey Nabwana (Wakaliwood, Uganda), Kenneth Gyang (Òlòturé, Nigeria), Matias Mariani (Shine Your Eyes, Brazil), as well others.

Content Shop New Pathways, another new edition to the programme, is a focus on digital opportunities in the areas of training, sales, distribution and festival strategy available on the continent as access to filmmaking across the world becomes more inclusive.

The travelling think tank programme, Engage, will involve filmmakers from Cairo and Lusophone Africa in a programme of robust discussions.

The 2021 Durban FilmMart will interrogate the challenges and opportunities that the changes
in the film industry represent, while celebrating the new contours of access as online leads
the way, remote working connects us differently, and new collaborations emerge.

Delegate registration is now open on the following link: http://www.durbanfilmmart.co.za/Delegate-Registration.aspx