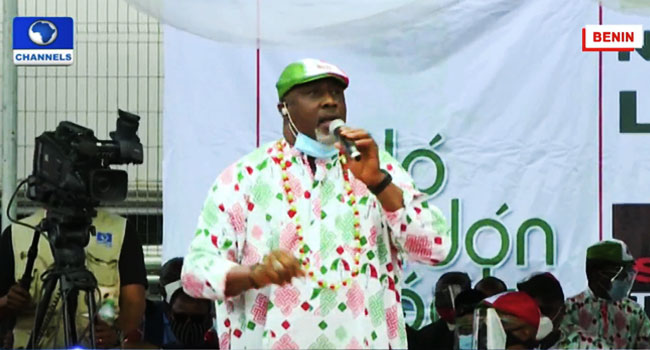 Former senator representing Kogi West Local Government Area, Dino Melaye, has warned all those who plan on rigging the forthcoming Edo State Governorship election to desist from such plans.

Melaye sounded the warning in an unusual fashion at the flag-off of the campaign of the People’s Democratic Party (PDP) on Saturday where he said anyone involved in such an act will be infected with the coronavirus.

“Every power that is trying to rig this election, Holy Ghost fire,” the senator said to the cheering crowd of supporters.

He went further to say: “Those who want to come from Abuja where they put Dollar for pocket or from Kogi State, that want to come and rig this election, begin to receive COVID”.

The campaign is taking place at the Samuel Ogbemudia Stadium in Benin City, the state capital.

Governor Obaseki who is running for a second term in office is running on the platform of the Peoples Democratic Party following his defection from the All Progressives Congress on June 19, the party with which he won his first term. 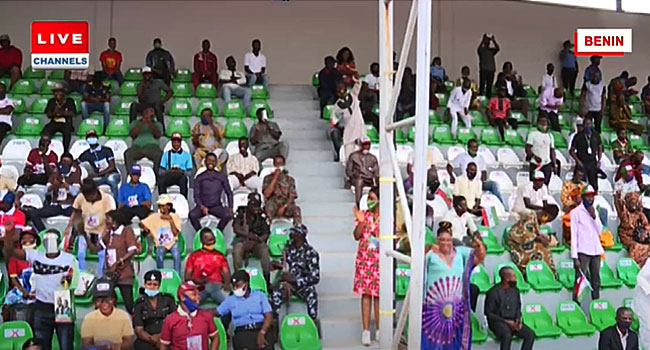 The PDP says Obaseki’s re-election bid is on the strength of the work he has done in the last three years.

The party also noted that the event is being held with strict compliance with COVID-19 safety guidelines, especially the social distancing rule.

The election is slated to hold on September 19.

ABOUT US
Newspot Nigeria is specifically to bridge the gap between the conventional media and the growing social media, special packaging of news reports and features on socio economic and political events in Nigeria, across Africa and the rest of the world. Contact: [email protected]
Contact us: [email protected]com
FOLLOW US
© Copyright © 2020 | Developed byDominion Web
MORE STORIES