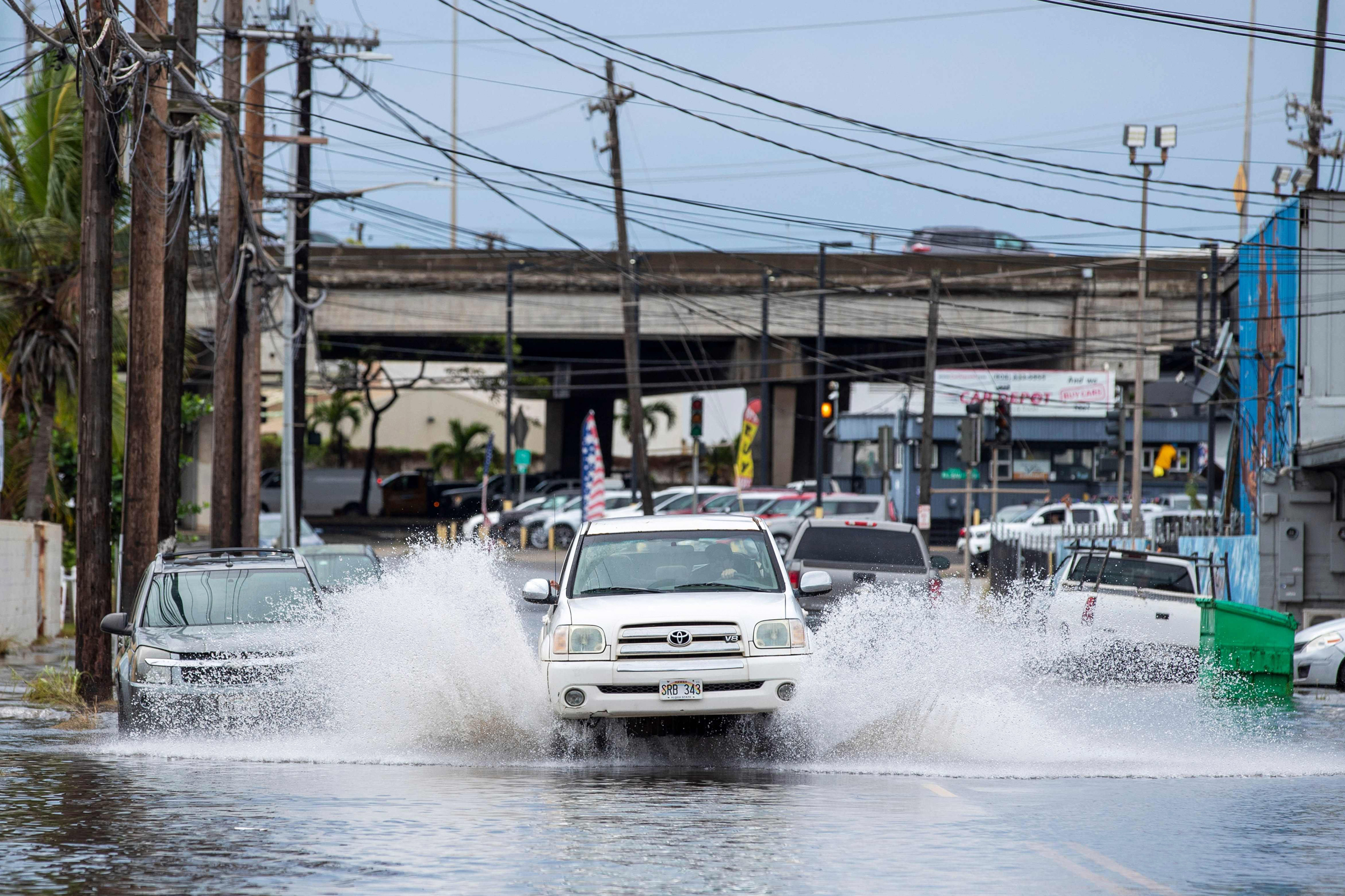 Flood watches for Honolulu and the rest of Oahu were canceled Tuesday, but not before a slow-moving storm dumped more than a foot of rain on parts of Hawaii, flooding some areas and prompting rescues, officials said.

No deaths have been reported from the Kona Low storm, which dumped more than 12 inches on parts of Hawaii’s Big Island and Maui.

A flood watch remained for the islands of Kauai and Niihau, to the west of Oahu, until 6 a.m. Wednesday.

“The damage is substantial,” Maui County Mayor Michael Victorino said Monday night, adding that the south part of the island was especially hard hit by flooding.

The Honolulu Fire Department on Monday afternoon rescued five boys, all 9 and 10 years old, from a rushing stream, the departments said.

Firefighters responded to 90 calls about the weather on Oahu, including 55 flooded houses, three swift-water rescues and two people pulled from vehicles trapped by high waters, the fire department said.

Around 9 inches of rain fell in some parts of Oahu over 24 hours, according to the National Weather Service. Honolulu’s airport got almost 8 inches of rain Monday.

Roads in Maui County were covered in mud, and a landslide struck a home in Oahu, NBC affiliate KHNL of Honolulu reported.

Power was knocked out in much of downtown Honolulu, and full restoration wasn’t likely until Wednesday morning, utility Hawaii Electric said.

A substation and undergrounds vaults flooded overnight, and when the water was pumped out, crews discovered around 300 feet of high-voltage cable was damaged, the utility said in a statement.

The weather system responsible for all that rain is a Kona Low, a seasonal cyclone that pulls deep tropical moisture over Hawaii.

It prompted a blizzard warning for Hawaii’s tallest and second-tallest peaks, Mauna Kea and Mauna Loa, both of which are over 13,500 feet.