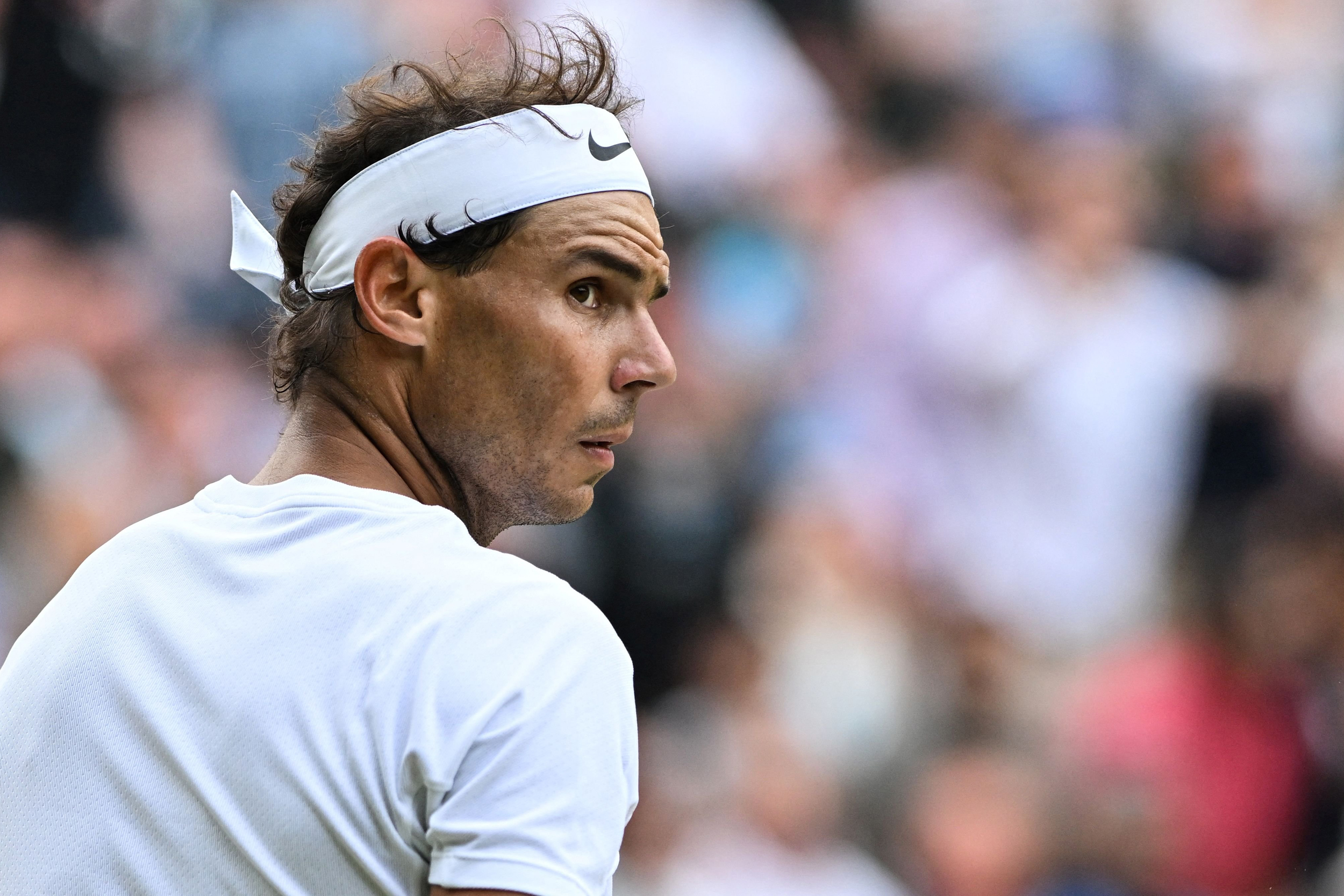 WIMBLEDON, England — Rafael Nadal withdrew from Wimbledon on Thursday because of a torn abdominal muscle, announcing his decision a day before he was supposed to play in the semifinals.

“Unfortunately, as you can imagine, if I am here, it’s because I have to pull out from the tournament,” Nadal said during a news conference at the All England Club.

The 22-time Grand Slam champion was scheduled to face Nick Kyrgios for a berth in the final on Friday.

Kyrgios advanced to his first final at a major tournament. He will meet either Novak Djokovic or Cam Norrie for the championship on Sunday.

The second-seeded Nadal, a 36-year-old from Spain, is 19-0 in Grand Slam action in 2022, including trophies at the Australian Open in January and the French Open in June. That put him halfway to a calendar-year Grand Slam for the first time in his career.

Nadal has been bothered by a stomach muscle for about a week, and the pain became nearly unbearable in the first set of his 4-hour, 21-minute victory via fifth-set tiebreaker against Taylor Fritz in the quarterfinals on Wednesday.

After that match, Nadal said he had considered stopping. He took a medical timeout to take painkilling pills and his father and sister motioned from the stands for him to quit.

On Thursday’s off day, Nadal went to the All England Club for a light practice session. He was signed up on the official schedule to train on one of the competition courts but did not show up there, instead opting for practice courts to which fans don’t have access.

Mostly content to hit forehands and backhands, Nadal did attempt a few serves — the part of his game that revealed the most obvious inability to play with full force and, he said, caused the most discomfort against Fritz. Those practice serves Thursday were generally tapped in, by Nadal’s standards, not with any of the body-torqueing effort he usually uses.

It’s not far from what went on with Nadal at Roland Garros, where he took repeated injections to numb the chronic pain in his left foot and insisted he had no idea when he might reach the point of not being able to take the court.