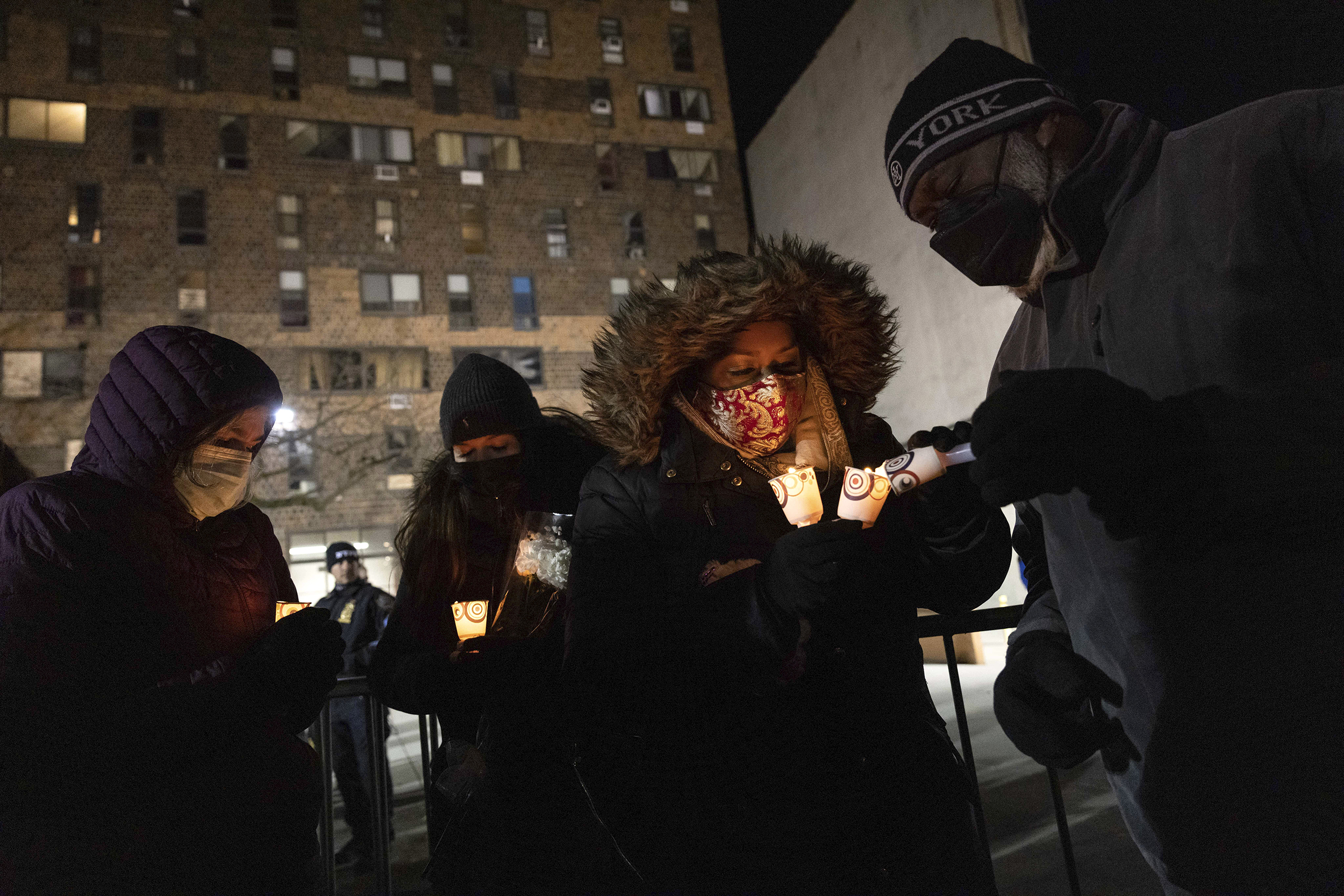 As leaders shift blame from electric space heaters to overcrowded housing in the wake of deadly fires in both the Bronx, New York and Philadelphia, experts say the true culprit is poor residential conditions and the racism rife in the nation’s urban planning and infrastructure decisions.

Within days of each other, the fire in a Bronx building killed at least 17 people, including several Gambian immigrants, and another in a Philadelphia row house killed a dozen. But the fatal nature of these fires follows a historical pattern in which negligent policymaking and infrastructural decisions can kill Black people at disproportionate rates.

“We’re looking at how land use and zoning policies are used. Because of housing segregation, those policies have been used against communities of color,” said Juanita Lewis, an organizer with the New York social justice group Community Voices Heard. “We’re still operating under the context of housing segregation and having to prove who is worthy of protection and living in decent housing. The fire was started by a space heater because there was inadequate heat. The situation in the Bronx is extremely sad, unfortunate and disheartening, but it’s not uncommon.”

The legacy of early zoning laws across the country that promoted segregation exists today in housing instability that forces Black people into neglected rental units rife with maintenance issues that place them at higher risk for everything from fire deaths to lead poisoning. Black people are more likely than people of other races to die in accidents like fires. Though Black people make up about 13 percent of the U.S. population, they represent 25 percent of individuals killed in residential fires across the country, according to the New York State Department of Health.  “Racism influences almost every way to die by accident in America, and it has for a long, long time” said Jessie Singer, journalist and author of “There Are No Accidents.” “I looked as far back as 1900, and Black people die by accident at a higher rate than white people, all accidents total. Accidents are supposed to be unpredictable, unpreventable events. If that were true, accidental deaths would be randomly distributed across the U.S., but it’s not.”

Nine adults and eight children died in the Bronx fire that broke out Sunday morning in the 19-story building on East 181st Street, with authorities responding to the building at about 11 a.m., according to NBC New York. Mayor Eric Adams and New York City Fire Department Commissioner Dan Nigro confirmed that a space heater sparked the blaze and smoke was able to travel quickly through the building after safety doors failed to close.

The building, built in 1972, did not have fire escapes or sprinkler systems throughout the building, as rules requiring both don’t apply to the city’s older buildings. Department of Housing Preservation and Development online records show several complaints from the residents, including lack of heat in some apartments.

The apartment building is owned by Bronx Park Phase III Preservation LLC, and city records list the building’s head officer as Rick Gropper, who was appointed to Adams’ mayoral transition team before he took office, The New York Times reported. The building’s owner has not responded to an NBC News request for comment.

For Black immigrants, especially those with low incomes and little formal education, it can be difficult to advocate for safe residential conditions, said Theodore Hamm, the journalism chair and an associate professor who focuses on urban planning, among other subjects, at St. Joseph’s College in Brooklyn, New York.

“There are so many structural impediments to getting problems resolved,” Hamm said. “If you’re a tenant in one of these buildings and there’s a need for upkeep and maintenance, then what do you do? You can call your management company and complain, but if they don’t do anything, what’s the next step? You could call the city, but will that remedy the complaint? In that position, you don’t have much power.”

Twelve people, including eight children, died in the Philadelphia fire Jan. 5. Officials said there were at least four smoke detectors installed in the row house, but none were working when the fire broke out at the three-floor building in the Fairmount neighborhood around 6:40 a.m. Philadelphia Fire Commissioner Adam K. Thiel said Tuesday that a Christmas tree had gone up in flames.

Although 26 people lived among the building’s two apartments, a leasing agreement for the apartments was only for 20 people, according to NBC Philadelphia. Eight people lived in one unit that spanned the first and second floors, while 18 resided in another unit that took up the second and third floors.

State Sen. Sharif Street, who represents the area where the fire occurred, said “if they had better options, they would have made better choices.” The Philadelphia Housing Authority, which owns and operates the row house, did not immediately respond to a request for comment from NBC News.

Singer noted that accidental fires are yet another way Black people are vulnerable to infrastructure failures promoted by systemic racism.

In other examples, Black people are more likely than white people to die in traffic accidents because, among other causes, Black neighborhoods are less likely to have crosswalks, warning signs and other safety mechanisms. Black neighborhoods experience more extreme surface heat caused by climate change than majority-white neighborhoods. Black people face high risk from power plant pollution, are more likely to live near hazardous waste sites and endure higher rates of lead poisoning and water contamination, according to the Center for American Progress.

President Joe Biden over the summer announced his “Bipartisan Infrastructure Framework” to address the consequences of “decades of disinvestment in America’s infrastructure that have fallen most heavily on communities of color” by allocating billions of dollars to help cities upgrade critical infrastructure like roads, bridges and power grids.

“Black and Indigenous people dominate deaths from unintentional natural and environmental causes, which is a broad category that includes everything from rat bites to starvation,” Singer said. “The types of accidents that kill people at especially unequal rates are the type that could be prevented through policy and infrastructure.”

Rebecca Garrard, the legislative director for Citizen Action of New York, a grassroots social justice organization, said Black people are more likely to settle for unsafe housing due to financial instability and live in unsafe residential conditions where they are tasked with managing their own exposure to risks like fires, floods, mold, lead poisoning and more.

She said millions of New York renters are afraid to complain about poor living conditions because they may be hit with rent hikes or unjust evictions. Citizen Action NY is one of many advocacy groups in the state pushing for “good cause eviction” legislation that would help renters fight arbitrary evictions and unfair rent increases. Housing advocates are pressuring Gov. Kathy Hochul and the state Legislature to enact the bill.

Black and Latino New York renters face the most maintenance issues, with 25 percent of Black renters experiencing three or more maintenance deficiencies compared with 18 percent of the city’s general renting population, according to the city’s Department of Housing Preservation and Development. A Black household in New York City would need more than double their income to afford the median market rate apartment in the city, rental site StreetEasy reported. Even before the pandemic began, Black and Latino renters were more likely to be threatened with eviction, at 14 and 19 percent respectively, compared with white people at 8 percent, per the Community Service Society.

Garrard said the living conditions she has seen through her work with Citizen Action NY are “beyond what people could even imagine.”

“It’s a lack of heat; lack of hot water and water in general; structural deficiencies in terms of ceilings or parts of the roof that are collapsing or nearly collapsing, parts of the floor or walls that are missing,” Garrard said. “We have tenants living in apartments where there is lead contamination, and landlords know this and they do nothing. The same happens with mold. They are abhorrent conditions. I’ve gone into units with tenants where I’m walking and I’m not sure if the floor is going to hold up. And the tenants have no choice.

“Make no mistake, if this was affecting middle- to upper-class white folk, we would’ve grappled with it a long time ago.”