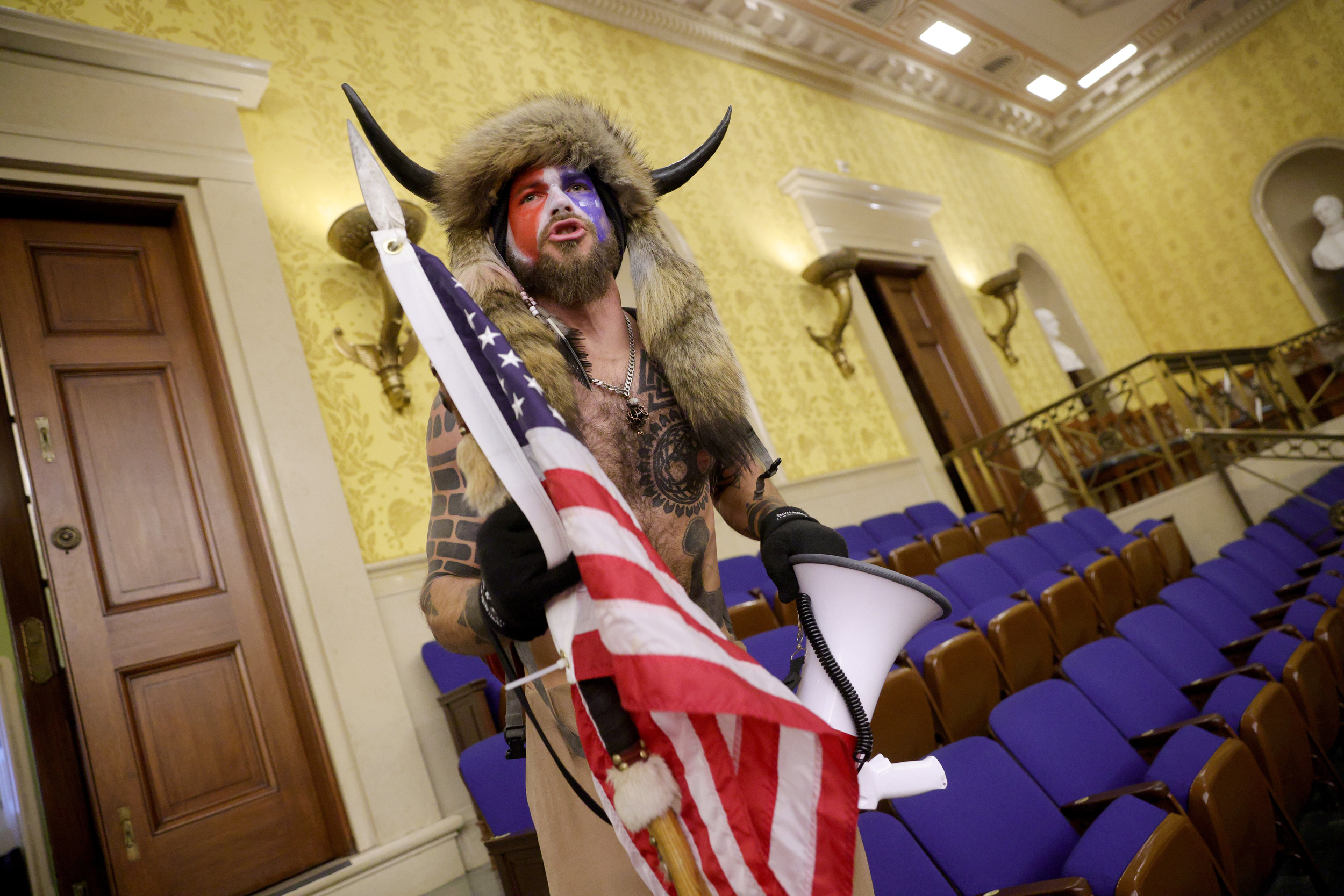 The man who became known as the “QAnon Shaman” is expected to enter a guilty plea in federal court this week after being charged in the Jan. 6 Capitol riot, according to his attorney and court docket.

Jacob Anthony Chansley is scheduled to appear for a plea agreement hearing Friday at 11:00 a.m. ET, according to the U.S. District Court for the District of Columbia. Chansley, 34, is facing six charges, including felony counts of civil disorder and obstruction of an official proceeding.

“The Department of Justice, the Court, and the Defendant have worked diligently and collaboratively to permit a balancing of culpability with mental health vulnerability,” Watkins said. “The plea is the culmination of that collective effort.”

The details of the plea agreement have not been released.

Chansley’s image was widely circulated following the riot, when he was seen entering the U.S Capitol wearing face paint and a furry horned and feathered hat while baring his tattooed chest. At the time he had been widely known as the “QAnon Shaman,” though Watkins said he now rejects the title after some self-reflection following his federal court case.

“Mr. Chansley, a long avowed and practicing Shaman, has repudiated the ‘Q’ previously assigned to him and requests future references to him be devoid of use of the letter ‘Q’,” Watkins said.

Watkins told Reuters in an interview in July that Chansley had been diagnosed by Bureau of Prisons officials with transient schizophrenia, bipolar disorder, depression and anxiety. A status update filed to the court on July 6 said that Chansley was undergoing a “competency evaluation,” the results of which have not been made public in court documents.

His lawyer said in a release Thursday that Chansley’s time since the Jan. 6 riot included introspection and “coming to grips with the need for more self-work.”

Chansley previously argued that he had only entered the Capitol at the invitation of former President Donald Trump and previously referred to former Vice President Mike Pence as a traitor.

“The fact that we had a bunch of our traitors in office hunker down, put on their gas masks and retreat into their underground bunker, I consider that a win,” he told NBC News in an interview the day following the riot.