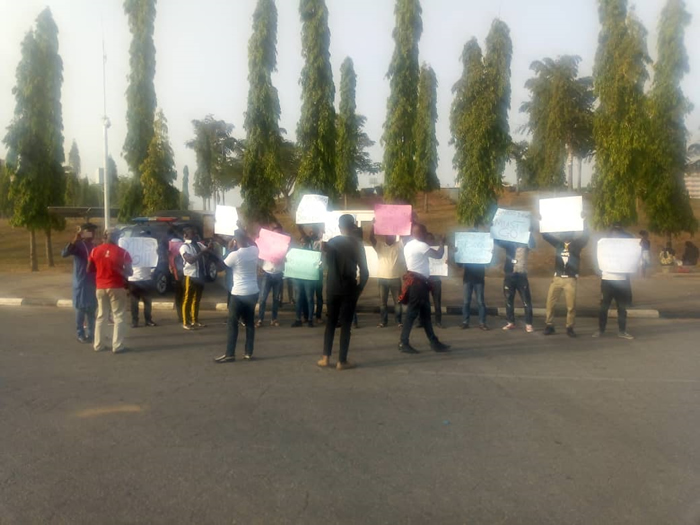 Hundreds of disgruntled Niger Delta ex-militants have protested the alleged removal of their names from the monthly stipend list under the Presidential Amnesty Programme.

They lamented that they had not received payment for the last two months as a result of the development.

The protesters, who carried placards with different inscriptions, disrupted activities at the amnesty office in the Old GRA axis of Port Harcourt, Rivers State.

They also accused the management of the PAP of shoddy deals, saying the names of some genuine beneficiaries were removed and replaced with those of their relatives.

One of the protesters, Lekia Legorzor, who said most of them depended on the stipends for survival, insisted that the protest would continue until the situation was reversed.

“Our demands include that our names that were delisted illegally and criminally should be reinstated immediately.

“I was sent abroad to study. I studied International Business at the Entrepreneur University of Creative Technology. Since then, I have been abandoned.

“What is the need for training people and abandoning them? Now, the little stipends that they have been paying us, they have delisted our names,” he said.

However, during a meeting with reporters, the Coordinator of the Coalition of Ex-Agitators, Gershop Obo, advised those who had yet to receive their monthly stipends to be calm.

Obo, who said the coalition had met with the interim administrator of PAP, Major General Barry Ndiomu (retd.), in Port Harcourt, also said part of the problem was the internal audit going on in the programme.

The coordinator’s spokesman, William Ekwueme, said no ex-agitator was removed from the scheme.

“The interim administrator means well for Niger Delta youths. He is making sure that everyone receives what is due to him.

“Internal auditing is going on to ascertain the original people who are meant to get the stipends. Nobody has been delisted.

“And we’ve learned from him that some people have their Bank Verification Number linked to five to six accounts. These are cases of corruption in the system.

“It is because of the audit that is going on that some people have not received their payment,” he added.