There was a peaceful protest at the Ogun State secretariat of the All Progressives Congress (APC) in Abeokuta on Tuesday.

Members of the APC in Abeokuta South Local Government had stormed the secretariat to protest the removal of their names from the delegate list ahead of the party’s primary elections.

The party members, drawn from Wards 5, 8 and 15 in Abeokuta South, lamented that they were sidelined in the list of delegates by the party executive led by the local government chairman, Hon. Henry Fagbenro.

The plot, according to them, was to allegedly give some aspirants a soft landing in the primaries. 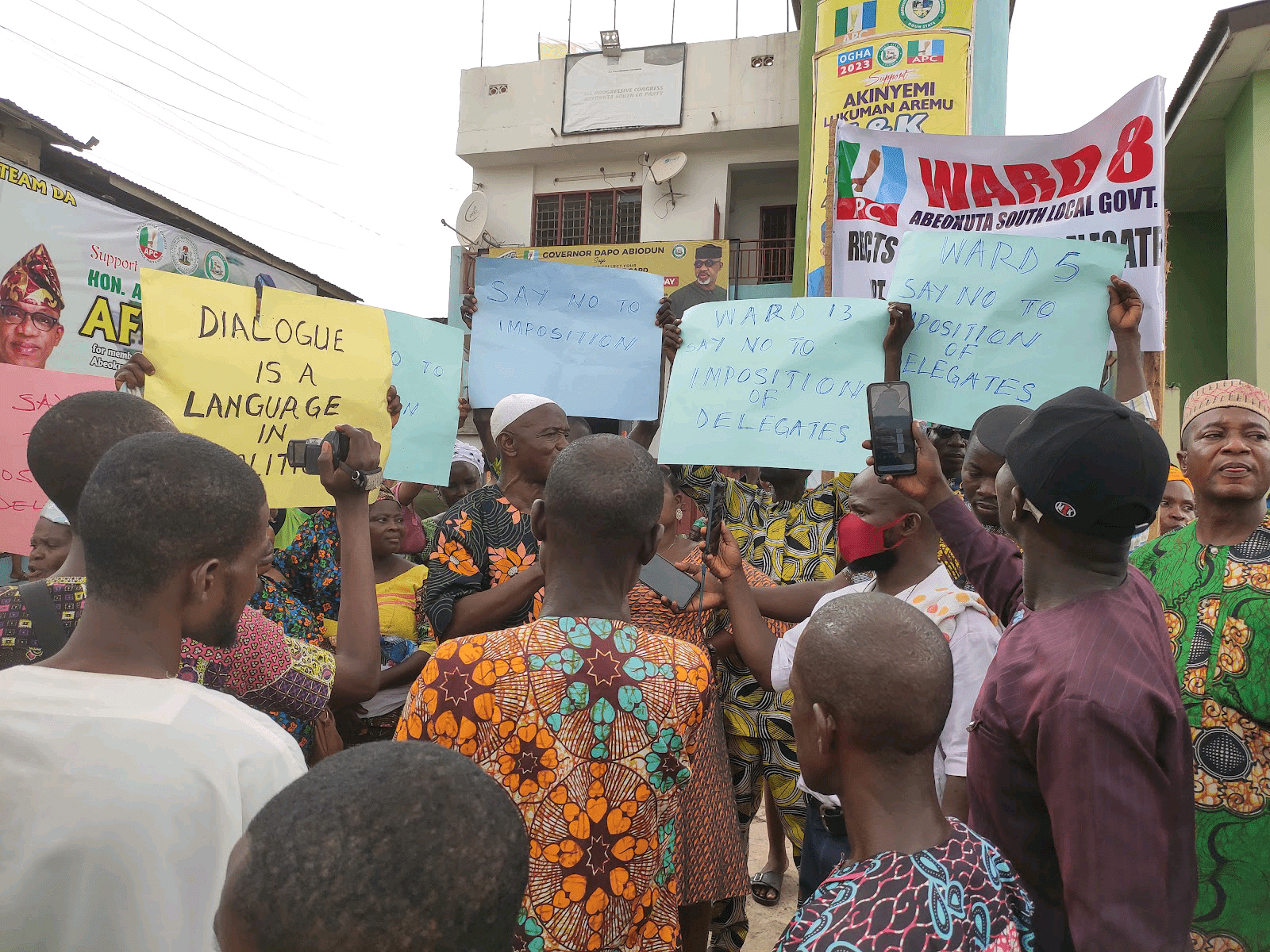 Speaking on behalf of the aggrieved party members, Hon Sharafadeen Ogunwolu, while calling on the state executive of the APC to wade into “the removal of members of the party the delegate list in Ward 5, 8 and 15 ahead of the primaries to produce legislative candidates of the party.”

Ogunwolu called for dialogue, saying “if there is no dialogue, there is no primary election with the substituted members of the party by Hon. Fagbenro and his executive.”

However, Fagbenro denied substituting members’ names on the list of delegates, saying the allegations lack merits.

Fagbenro explained that Governor Dapo Abiodun, through the state party Chairman, Yemi Sanusi, directed that leaders of the 15 wards should be allowed to select five delegates from each ward for onward submission to the party secretariat.

“If these people want to fight then they should face their ward leaders who nominated five names of members to make the delegate list,” he said.

He called for calm, urging all aggrieved members to embrace peace and dialogue