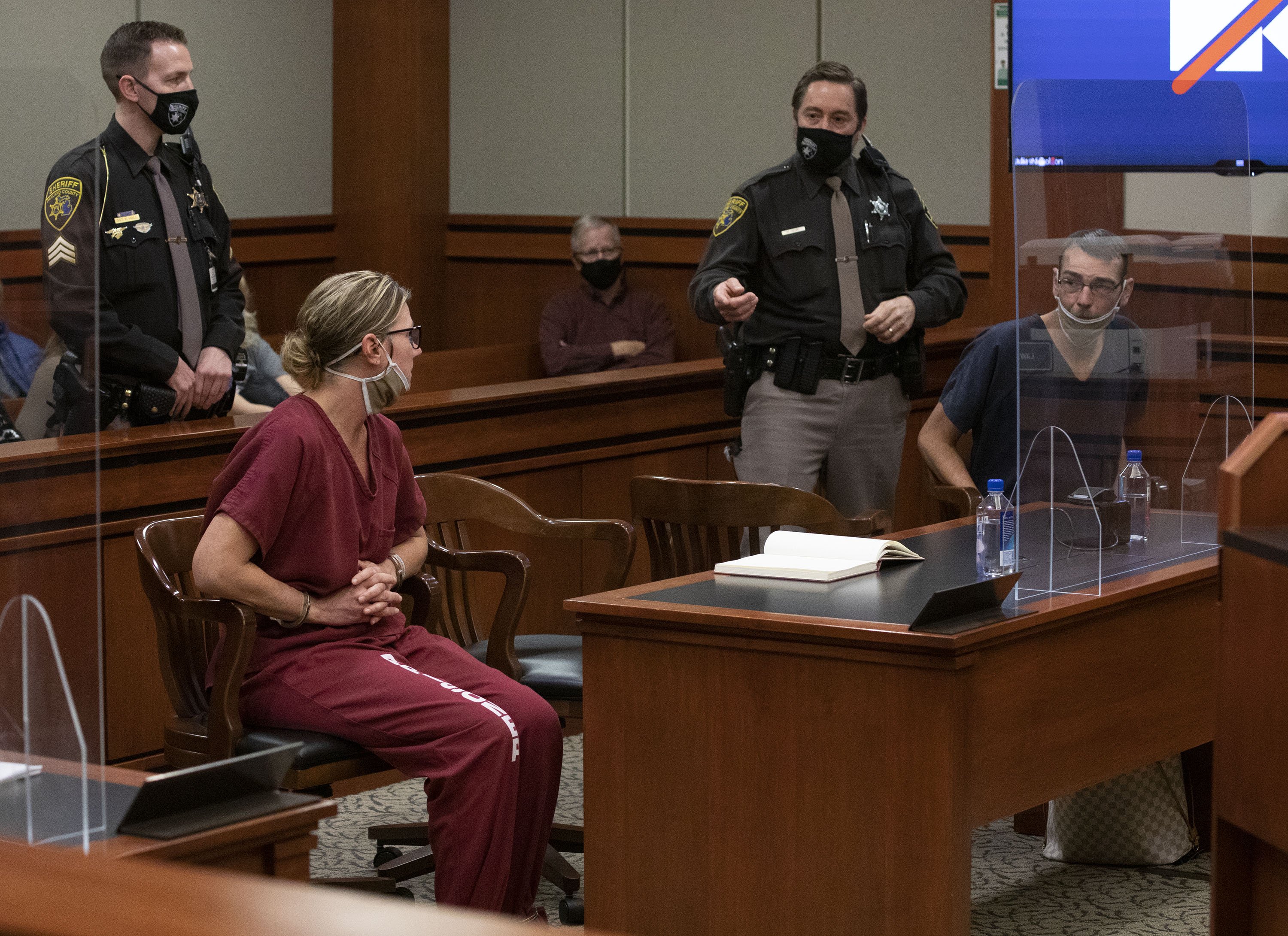 Prosecutors asked a judge to bar the parents of the accused Michigan school shooter from making romantic gestures toward each other in court, saying they’re making a “mockery of the crimes they’re accused of committing.”

Jennifer and James Crumbley, who were each charged with four counts of involuntary manslaughter in the Nov. 30 shooting at Oxford High School, were said to have mouthed the words “I love you” during in-person and virtual court hearings on Dec. 14 and Jan. 7, according to a motion filed Tuesday in Oakland County District Court.

The couple also waved at each other and made other non-verbal signals, prosecutors said.

“The courtroom is not a place for blowing kisses and sending secret signals,” Oakland County Chief Assistant Prosecutor David Williams said in a statement. “This is a time for families to pursue justice.”

The motion added that the communications “disparage the integrity of the judicial proceedings as a serious distraction” and are “traumatic for the family members of the deceased victims who are no longer able to express their love to the victims.”

Relatives have asked why the Crumbleys are allowed to make the gestures during court proceedings, the motion says.

Lawyers for the couple did not immediately respond to a request for comment. The motion says they have “indicated a willingness” to tell the Crumbleys to halt the gestures.

The couple is accused of making a gun accessible to their teenage son who allegedly used it to open fire at the high school where he was a sophomore. Four students died and seven others, including a teacher, were injured.

The Crumbleys are also accused of ignoring their son’s troubling behavior, including refusing to remove him from school the day of the shooting, when school counselors showed them his drawings depicting violence.

The couple pleaded not guilty to the charges. Their lawyers have previously said the Crumbleys never expected “that a school shooting would take place, or that their son would be responsible.”

According to court documents filed last month, their son, Ethan Crumbley, plans to plead insanity to charges of murder and other crimes.