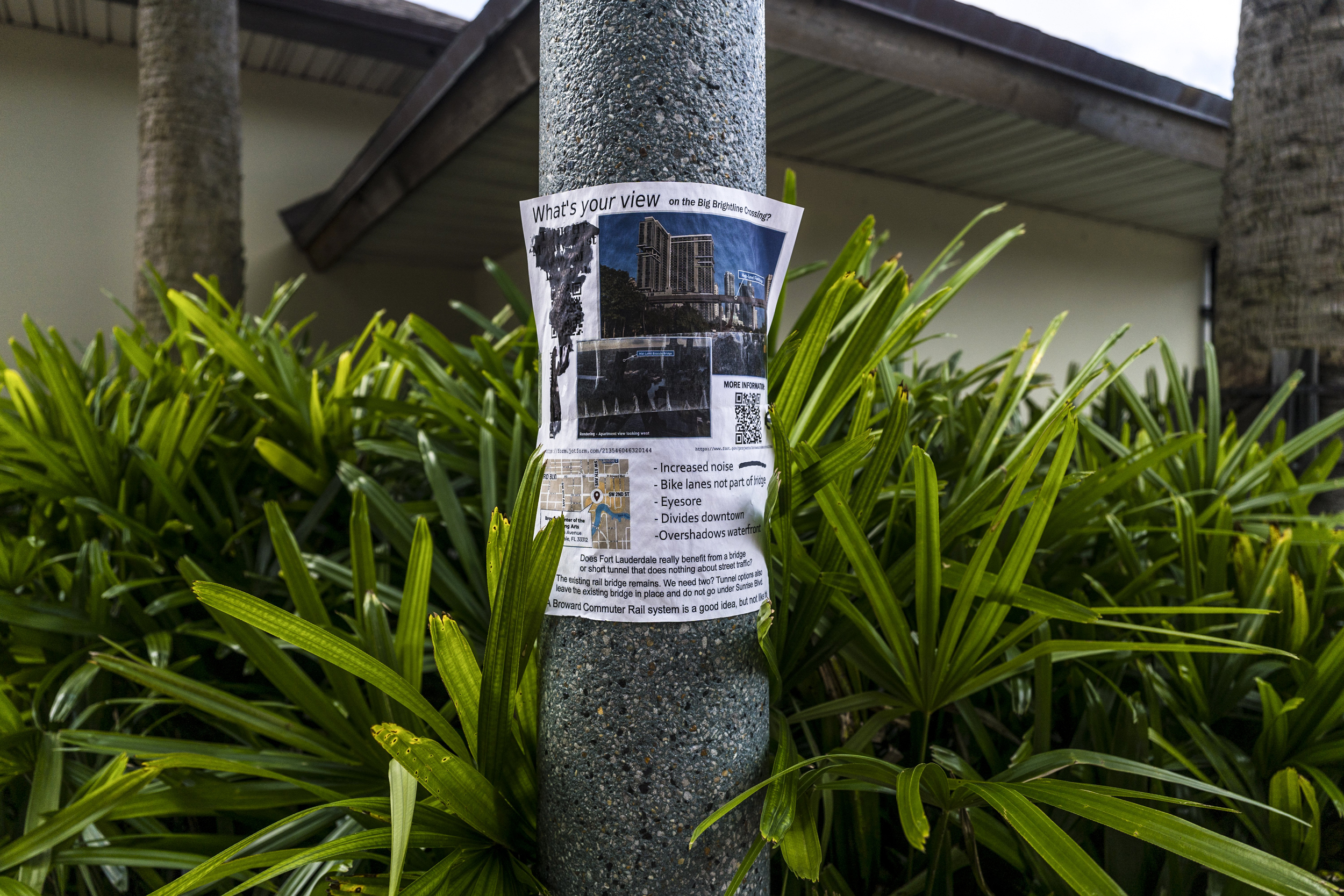 “If you build a bridge, you are furthering that separation between communities and we don’t want that,” he said. “We are trying to tear away those divisions and artificial barriers that have kept us apart for so many decades.”

More than 100 years ago, a small group of Black people from the Bahamas relocated to South Florida to work in the farms in Broward County, making a home in the area, said Paul George, resident historian at the HistoryMiami Museum.

“Originally, it was informally just called Colored Town,” he said.

Over time, the community took on the name Sistrunk, in honor of the pioneering physician Dr. James Franklin Sistrunk, founder of the county’s first Black hospital.

Residents included railroad workers who settled in shanties along the tracks before the turn of the 20th century, according to the Fort Lauderdale Community Redevelopment Agency.

Over time, however, the area has suffered from economic neglect, including broken sewage lines, and a lack of investment, he said.

That has started to change lately.

The community is now a city hub for culture, art and life events and has even morphed into a destination for festivals, parades, seminars and workshops, city officials said.

Business owners said they have taken notice of the investments and funding being poured into the area, which they say is showing signs of a better life.

However, the bridge proposal could stifle urban renewal plans, the mayor said.

“You’re going to crush this redevelopment; something that’s been planned for years,” Trantalis said. “No developer wants to have a train bridge next to their building. It would crush the life out of these developments.”

The Transportation Department’s proposed $452 million project — the most expensive and the tallest of the three bridge proposals — would add new trains and stops to the Florida East Coast Railway, used by the commuter rail system Brightline and freight trains, according to a state transportation feasibility study.

The department’s other two bridge proposals are building a $240 million, 25-foot-tall bridge and a $444 million, 60-foot-tall bridge. The latter also threatens to harm the historic Black community, city officials said.

The bridge proposals are part of a much larger plan to provide commuter rail service along 27 miles of railway from Aventura in Miami-Dade County to Deerfield Beach in Broward County, home to Fort Lauderdale.

A portion of that stretch must cross the New River in Fort Lauderdale, where city leaders voted unanimously in January in favor of a tunnel under the river, instead. At $1.2 billion, a tunnel is at least double the cost of the 80-foot bridge.

“Sometimes the construction costs are outweighed by the social costs. So even if it does cost a little bit more, think of the positive impact it would have on a community that has long since been artificially divided,” Trantalis said, adding the other options would add 40 trains and stops along its route.

The Broward County Commission, which has the final say on the project, is expected to vote on the so-called local preferred option by the spring, with additional public hearings scheduled in the fall, according to a timeline on the state Transportation Department’s website. The commission declined multiple requests for comment.

Residents who live in the Sistrunk Boulevard community are still trying to determine what the proposals mean for them.

“The information regarding this project needs to be clarified and actual community consultation needs to occur,” Home Beautiful Park Civic Association President Tara Chadwick said, adding they want to hear more information before taking a stand on the issue. The association represents the Sistrunk Boulevard community.