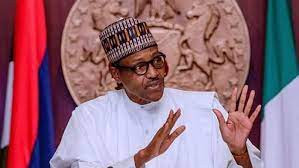 President Buhari has appealed to the Academic Staff Union of Universities (ASUU) to call off the ongoing strike in the interest of students.

The President made the call when he spoke at the 19th National Productivity Day and the conferment of the National Productivity Order of Merit Award (NPOM) on 48 eminent Nigerians and organisations in both the public and private sectors, for their high productivity, hardwork and excellence on Thursday, May 12.

A statement released by his media aide, Femi Adesina, said the President urged ASUU to consider the plight of students and also urged students in public tertiary institutions to be patient.

He said the government had continued to strive in order to address the nagging issues in the nation’s university system within the ambit of the resources available.

The President recalled that he had earlier directed the Chief of Staff, Hon. Ministers of Labour and Employment, Education, Finance, Budget and National Planning to immediately bring all parties to the negotiation table to again critically look at the grey areas in the demands of ASUU and in fact all other University-based labour unions.

‘‘Therefore, if we desire to transform Nigeria into a competitive, strong, vibrant, productive and sustainable economy, improving our educational system should be accorded the highest priority.’’

The President said it would be difficult to improve our economic performance and overall productivity without improving educational system.

To address these challenges, President Buhari said his administration has reviewed the retirement age of teachers from 60 to 65 years, while years of service have now been moved from 35 to 40 years to encourage more graduates to join the teaching profession.

The President said the government had also approved a special salary scale for teachers in Basic and Secondary schools including provisions for rural posting allowance, Science teachers allowance and peculiar allowance, while prioritising timely promotion and prompt payment of salaries.