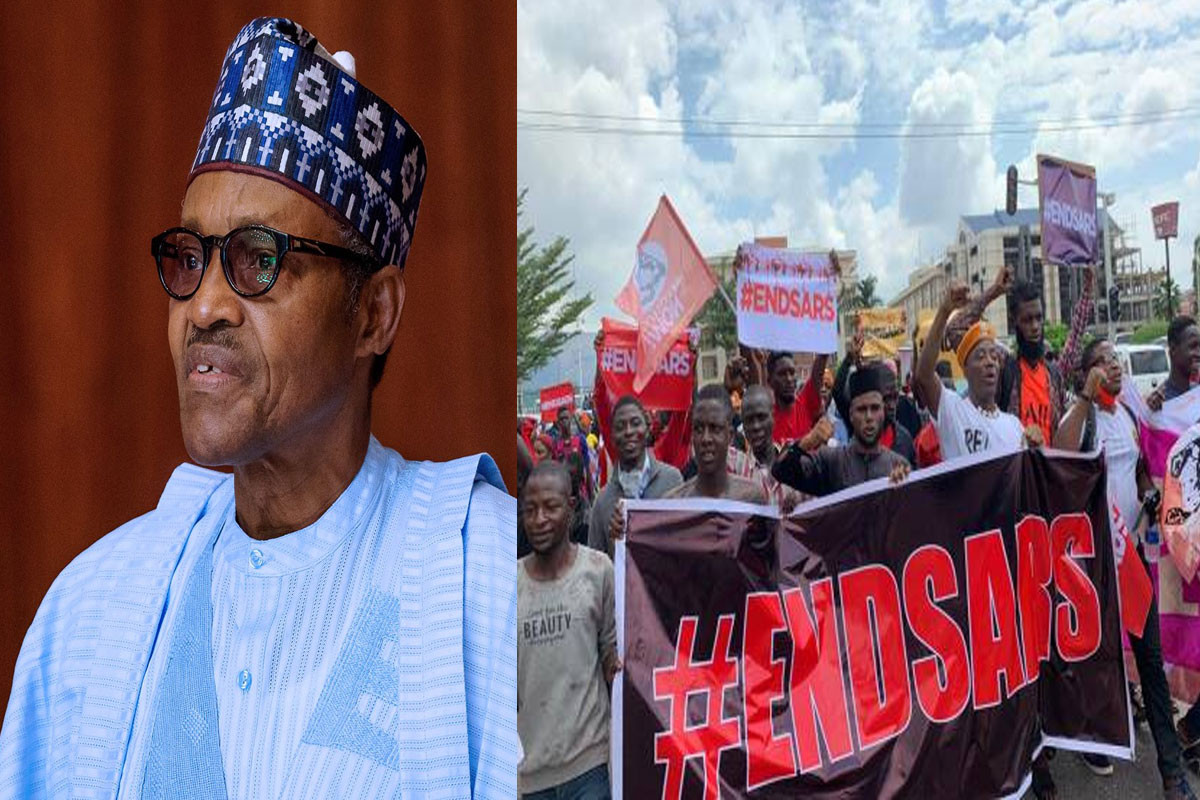 President Buhari has finally addressed Nigerians since the beginning of the nationwide #EndSARS protests.

In a two-minute video posted on his Twitter handle this afternoon October 12, President Buhari said the disbandment of the police unit was the first step to extensive police reforms. The President added that operatives of the disbanded SARS found guilty of any form of offense would be brought to justice.

“Let me use this opportunity to say a word on the recent genuine concerns and agitations by Nigerians about the excessive use of force and in some cases extrajudicial killings and wrongful conduct by men of the Nigerian Police Force.

The disbanding of SARS is only the first step in our commitment to extensive police reforms in order to ensure that the primary duty of the police and other law enforcement agencies remains the protection of lives and livelihood of our people.

President Buhari also commented on the killing of a young man, Jimoh Isiaka, during the #EndSARS protest in Ogbomosho, Oyo state on Saturday, October 10.

We also deeply regret the loss of life of the young man in Oyo state during the recent demonstations. I have directed that the circumstances of his death should be thoroughly investigated”President Buhari said

The President went on to recognize the efforts of genuine police officers who carry out their duties diligently.

Kagara school boys and their teachers have been released