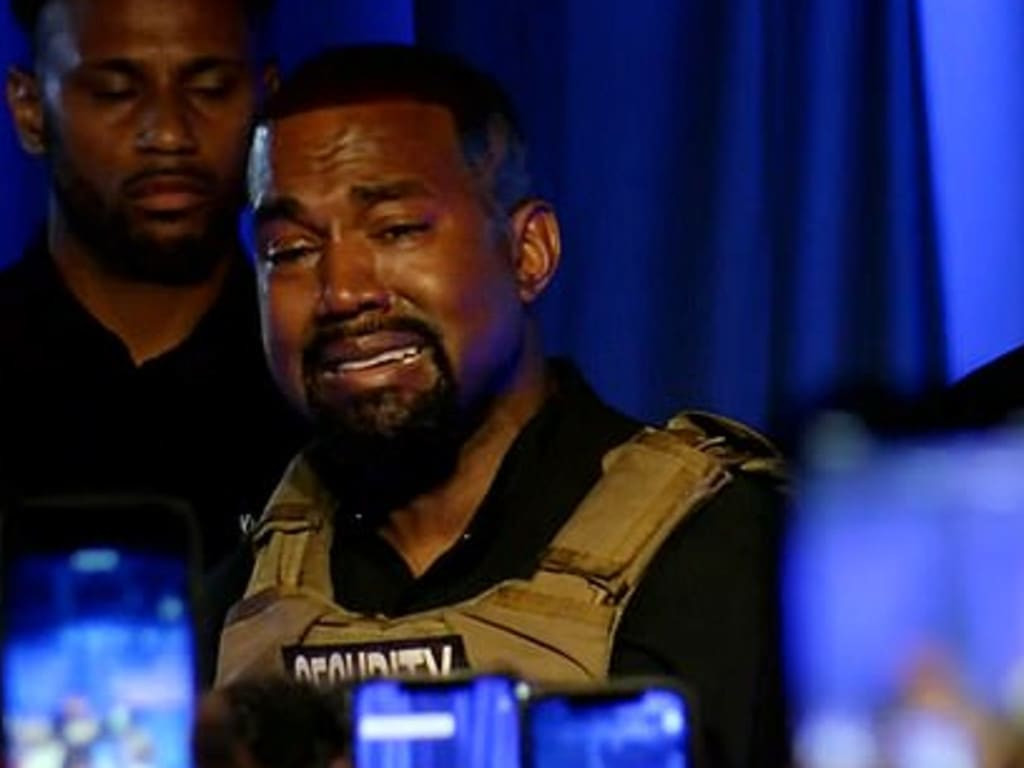 #PrayForYe is trending on Twitter as fans of Kanye West have taken to the platform to offer their prayers to the rapper following his recent tweets.

The Twitter rant comes a day after he held a first presidential campaign rally in South Carolina, where he also sparked outrage.

At the rally, he spoke about abortion and how he almost encouraged his wife, Kim Kardashian to abort their daughter, North West. He also called out Harriet Tubman, the anti-slavery activist who made 13 missions, rescuing around 70 slaves. 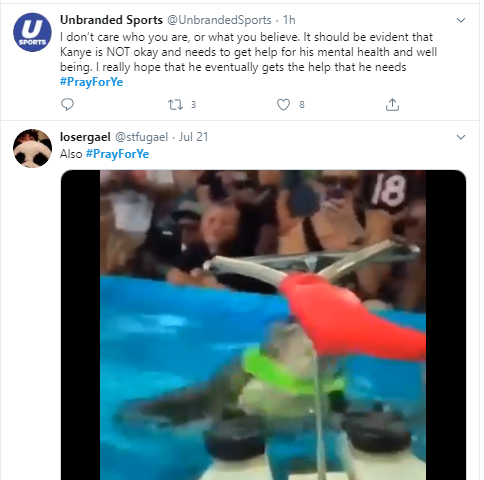 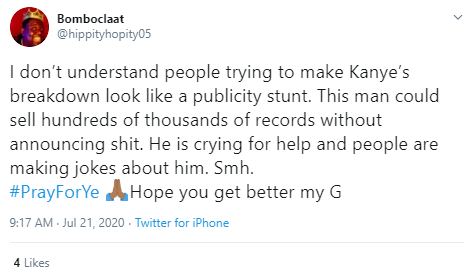 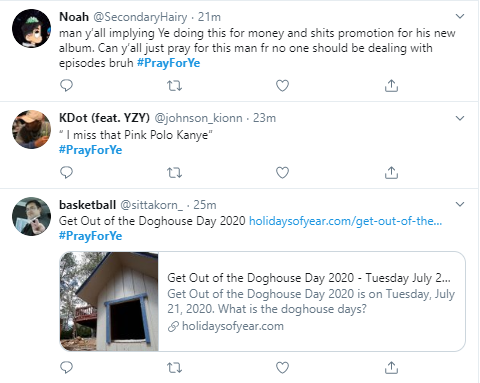 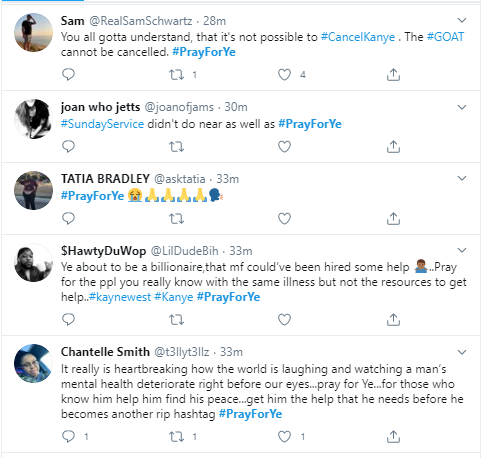 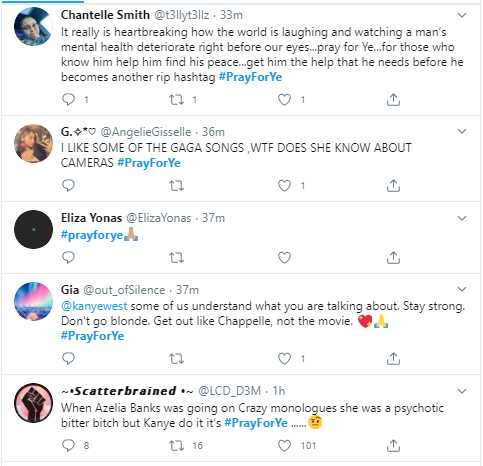 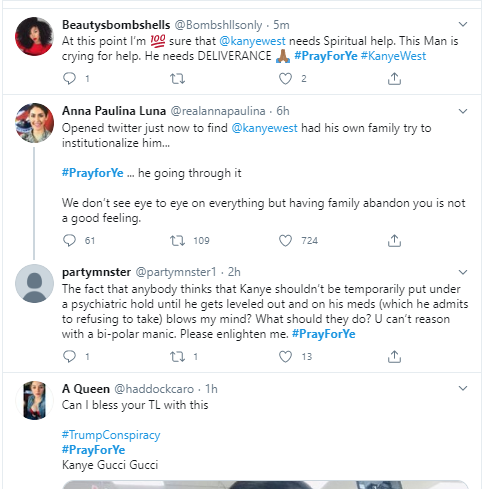 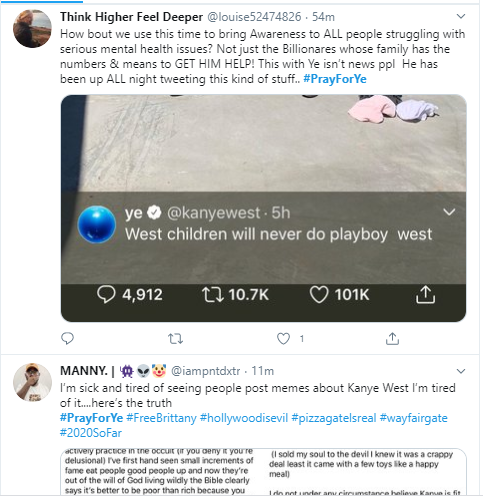 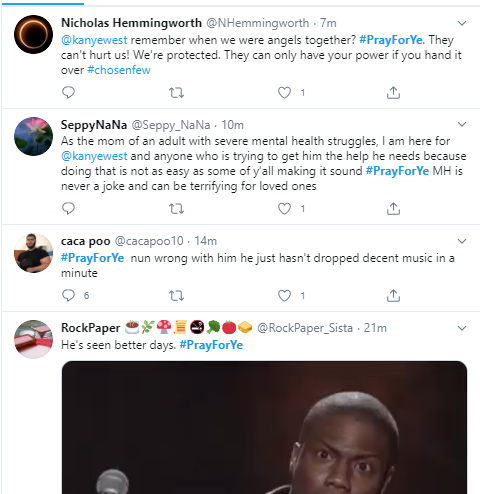 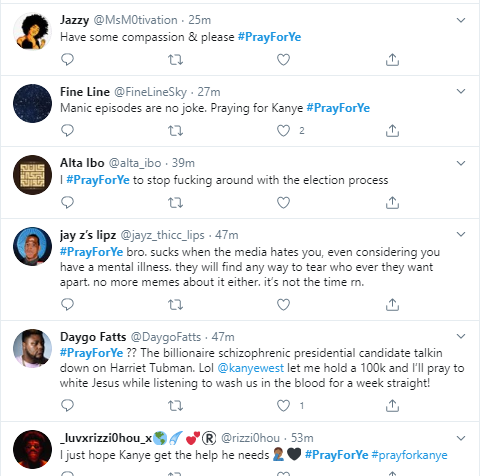 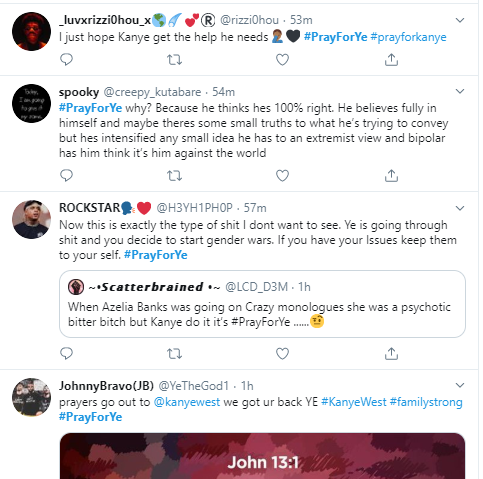 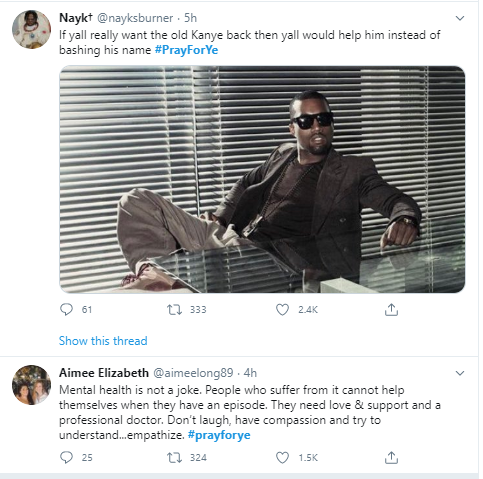 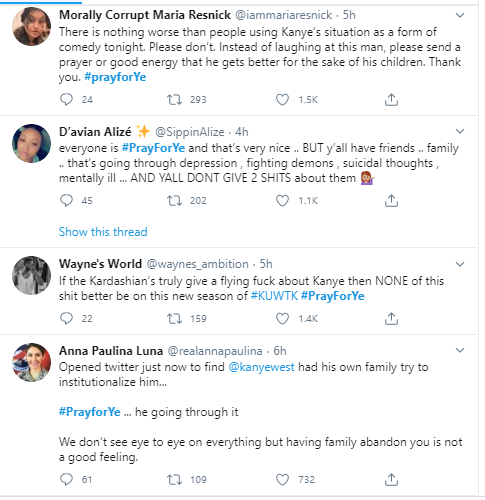 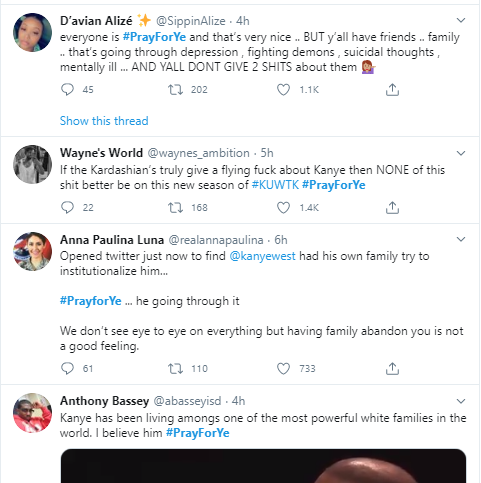 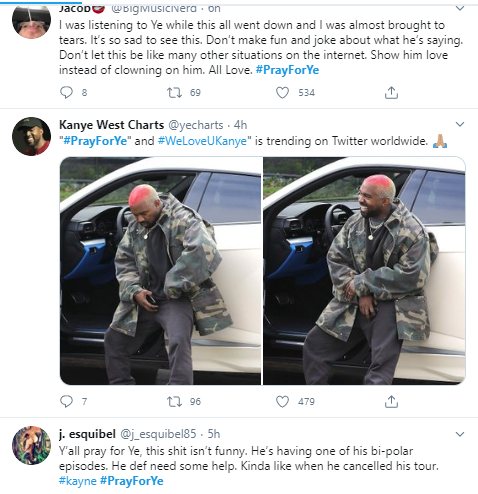