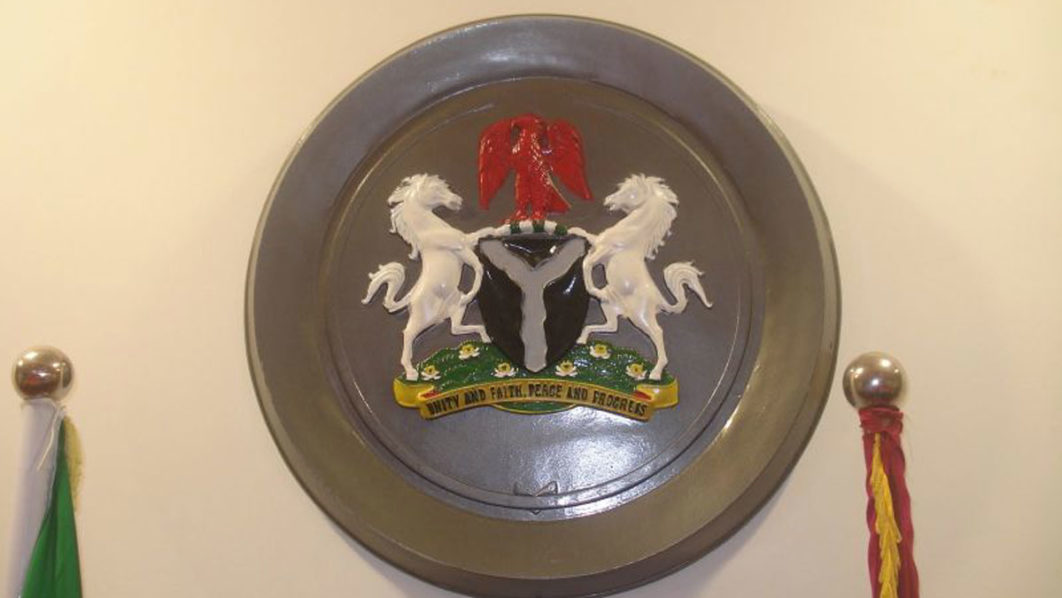 A national anthem is meant to be a symbol of unity and of pride in every sovereign country. It is so important that at medal ceremonies of major sports events, the national anthems of the gold, silver, and bronze medalists are played during which the citizens of that country and non-citizens in the arena stand at attention.

The Union of European Football Association (UEFA) EURO 2020 is not different. At the sound of the anthem being played, the football players are at attention. It has sometimes ended as a diplomatic row when wrong anthems were erroneously played.

Not a single day goes by without anyone with open ears and eyes is awash with news of insecurity happenstances all over the country. While one is still musing over these incessant episodes of abductions, one is bewildered by our weakening health infrastructure in spite of the brush up with COVID-19. And all the while, while still holding on for dear life in Nigeria our beloved country, the economic cost of food, transportation and other costs of daily living sends one’s heart beat rapidly spiraling upwards. A cursory inquisition to the root of these unsavoury occurrences will point at decades of corrupt and inefficient leadership that has birthed religious chauvinism, ethnic intolerance, terrorism, farmer-herder conflicts, secessionist agitations, nepotism and a myriad of other evils.

However, a deeper unraveling of the present situation would show poverty that is beyond an extreme lack of money. It is the poverty from within that has transcended into a hydra-headed monster in all the happenstances of today’s Nigeria where our roads, schools, hospitals, and even homes no longer feel safe. It is this poverty within our leaders that has Nigeria’s debt burden fantastically astronomical and the Giant of Africa cannot locally produce its own COVID-19 vaccines.

A quick definition of poverty translates to extreme lack usually of money but for this column, the poverty that is ravaging us is beyond the insufficiency of the Naira. There is poverty within us. This lack encompasses lack of empathy, lack of conscience, lack of knowledge, lack of mercy, and lack of humanity. These deficiencies are all causes of the poverty within. While poverty of money can be because of external factors, the causes of poverty within are all due to internal factors within that person or leader. What do I mean? If a young, abled man refuses to work, he can tip into the poverty of financial lack but if the man works but the person that is supposed to pay him decides to withhold his salary for his own selfish interests, such a person, his employer is poor in empathy, mercy, conscience, and humanity. He lacks knowledge because his decision not to pay salaries will cascade down to the staff and boomerang back to him when productivity becomes low and his staff gradually begin to pilfer from him.

On a larger scale, the national budgetary allocation for health and the national budgetary allocation for our legislatures are not on the same pedestal; they are miles apart. As the budgetary allocation for our National Assembly increases, the unemployment level, and Nigeria’s loan debt increase. If there is no poverty within, how can a Nigerian senator be getting a monthly salary of at least eight digits and it’s difficult for the minimum wage of thirty thousand Naira per month to be paid? If there is no poverty within our leaders; the poverty that is a lack of empathy, a lack of integrity, and a lack of knowledge that with poor salaries, sky-rocketing unemployment levels, poor health infrastructures, increasing insecurity, the life expectancies in Nigeria would be on the decline and it has been when compared with other economies like Singapore. The life expectancy in Singapore, a population of 5.8 million is 83 years and 60 years for Nigeria. I deliberately compared Nigeria with Singapore because in the 60s, both countries were Third World countries but while Singapore was transformed to a developed economy through meritocracy and human capital development, Nigeria is still struggling with nepotism, federalism and quota systems.

While the naira value to the dollar is depreciating, the price of fuel and the price of food is increasing. It is not surprising that as the level of unemployment rises, the level of insecurity is on the increase. Young graduates are left unemployed six, eight, ten years after graduation. Those who get jobs are not paid for months and when they do get paid, part of their salaries are still held back. The parents that might have been working while they were in school hoping to reap the benefits that come with educating one’s children are left in a state of depression when their pensions are not paid as and when due. There is so much interests in entrepreneurship and our young men and women are encouraged to be entrepreneurs but they need a reasonable amount of capital to start. When they do start, any significant health challenge sucks away their capital, and the business collapses once again leaving them unemployed. This is also not surprising because many Nigerians do not have health insurance. About 90 percent of Nigerians do not have access to health insurance even though Nigeria has a National Health Insurance Scheme.

Is it any wonder that it is not only insecurity that is on the increase but online fraud, identity theft, pyramid money-making schemes, and all manner of crimes? It is not enough to point fingers at only the executive but even horizontally; contractors not performing their contracted jobs at all or doing it with very poor quality materials. If the contractors did not have a poverty of conscience, they would have done a better job. The effect of these poverties within becomes a flowing river that permeates every industry.

If not for poverty within, how is it that 50 percent of doctors graduating from Nigeria are working outside Nigeria? The number of Nigerian universities offering medicine is increasing but the number of doctors remaining in Nigeria post-graduation is decreasing. We are training doctors that are filling foreign hospitals because they have access to better opportunities. While many doctors were being praised for their work during the height of the pandemic, we saw some of our doctors going on strike because of unpaid allowances and in some states, entire salaries.

The cascading effects of decades of inefficient leadership have left our health systems in a weakened state. Most of our health infrastructures have been commissioned by our political elites and yet they do not trust the same health system. If they cannot trust it enough to use it, why not do something about it? This is a poverty of empathy within. If not for the poverty of empathy and poverty of conscience, will our political elites not know that the cost of medical tourism spent abroad can revamp our existing health infrastructures if only we channeled the monies to Nigerian health systems?

The words of our National Anthem are a signpost for every Nigerian to shun poverty within. “To serve our fatherland, with love and strength and faith.” If there’s love for our country, then we would shun the poverty that makes us to divert what is meant for the greater good of all Nigerians to our own personal use. If we are serving our fatherland with love, we would not be intolerant of other ethnic groups, we would not run one of the most expensive legislatures in the world while we have escalating levels of unemployment.

The last line of the first stanza of our national anthem says, “One nation bound in freedom, peace, and unity. We should be sensitive to the pains of fellow Nigerians if we want to be a nation bound in freedom, peace, and unity. Employment should not be on nepotism but on meritocracy. Nigerians should have a basic access to security, health care services and social services at the barest minimum. These basic necessities should not be for the political elites alone. The absence of these basic necessities has tipped many Nigerians into depression and so many other mental health challenges. Many of our depressed youths have delved into drug addiction; They struggle to get into higher institutions, struggle to graduate and after graduation they are left unemployed for years, giving room for time to experiment with drugs and other vices. If we live the words of our National Anthem, the poverty within will become a thing of the past.

Obilade, an associate professor of public health is of College of Health Sciences, Nile University, Abuja.