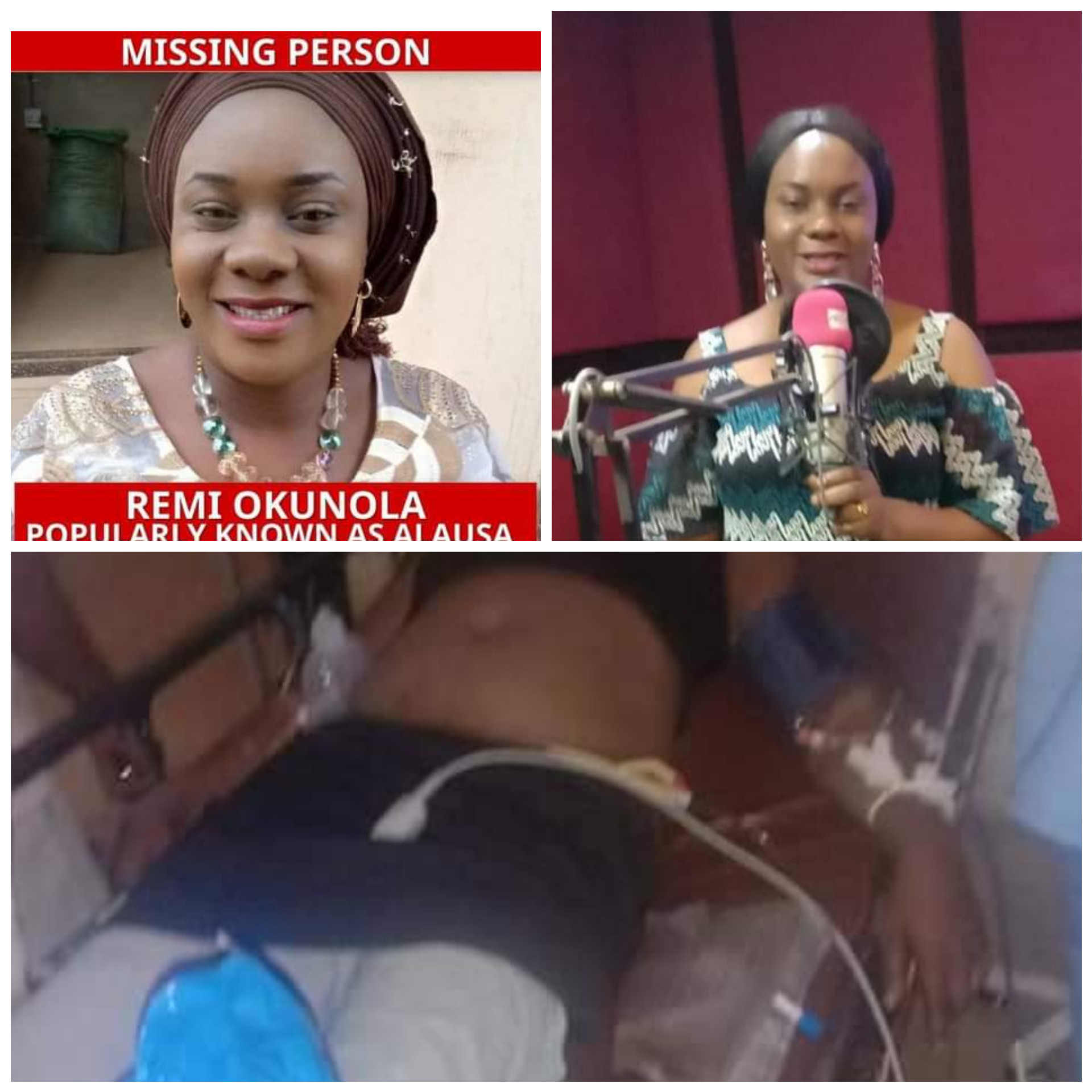 A broadcaster with the Broadcasting Service of Ekiti State, Remi Okunola, popularly known as Alausa Special has been found in critical condition four days after she was declared missing by colleagues and family members.

Okunola was last seen on Saturday, June 4, 2022, when she left Ado-Ekiti for an MC job in Ibadan, Oyo State.

According to one of her colleagues, Bayo Famoroti, she boarded a vehicle with a neighbour who confirmed that she dropped her at a bus stop in Ibadan.

All efforts to communicate with her since then had proved abortive as her phone lines were switched off. 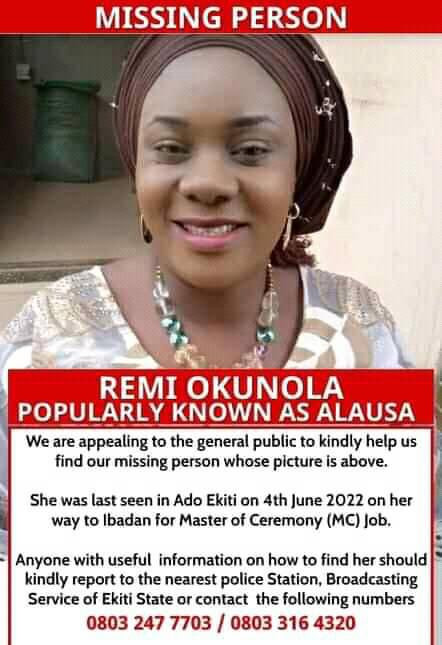 Her colleagues who confirmed the latest development on Tuesday evening, June 7, said she was brought to Ado-Ekiti by unknown persons.

The broadcaster is currently on admission at the Ekiti State University Teaching Hospital Ado Ekiti. 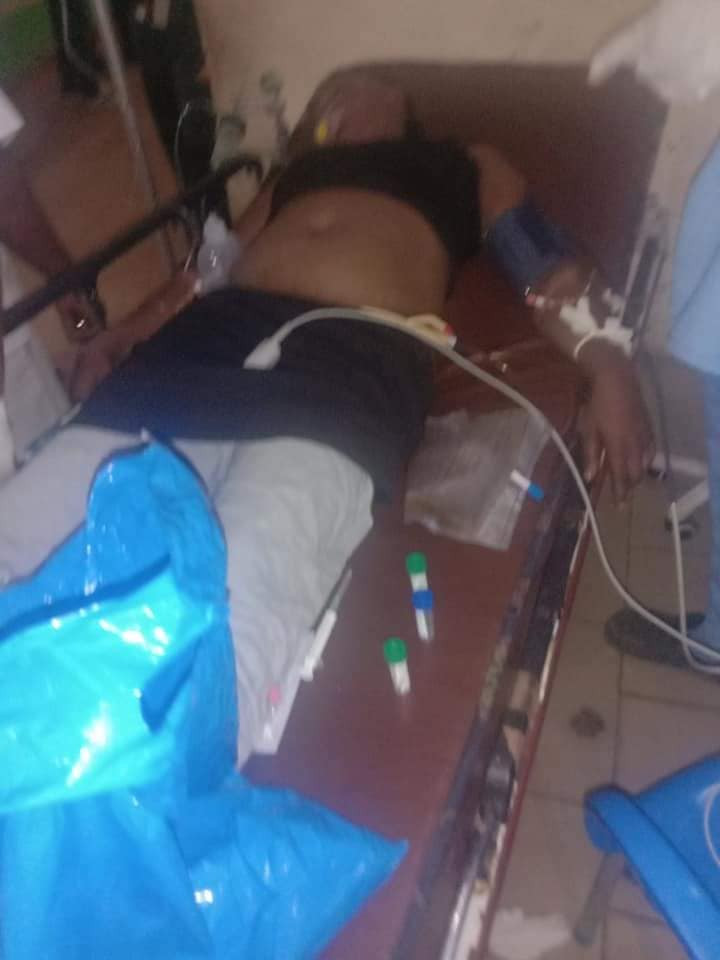 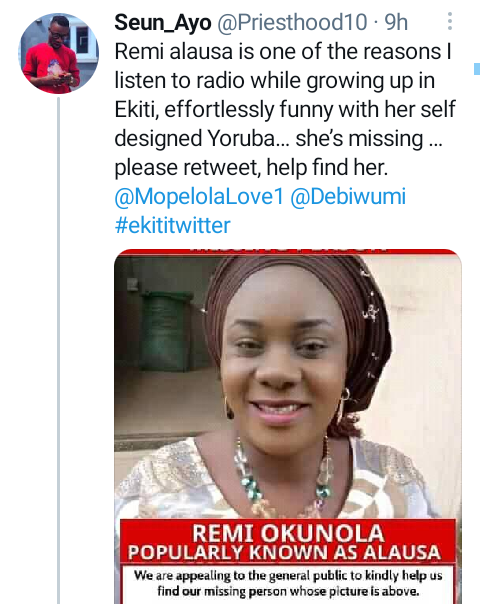 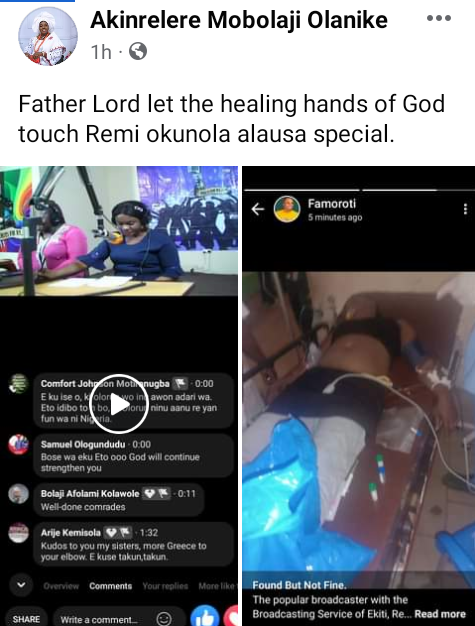