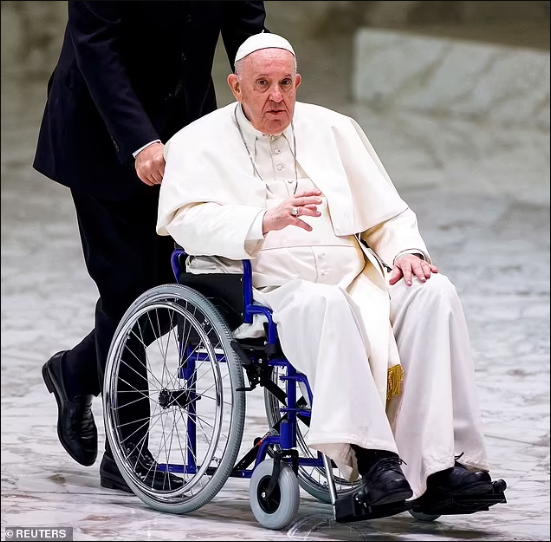 Nassar did not provide more details about the ‘health reasons’ which forced the postponement but the pope, who has suffered from pain in his knee, was seen using a wheelchair for the first time at a public event on Thursday. 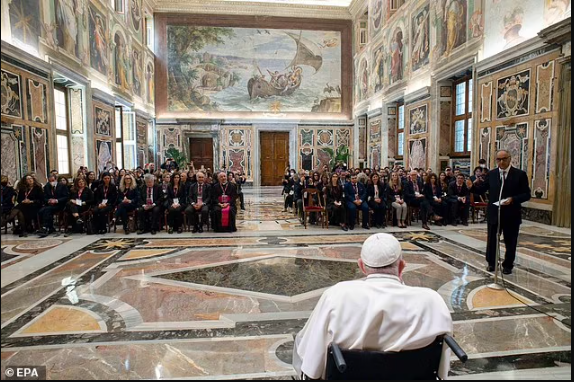 Nassar said: ‘Lebanon received a letter from the Vatican officially informing it of the decision to postpone the scheduled visit of the Pope to Lebanon.’

He added the Pope’s ‘foreign visits and scheduled appointments have been postponed for health reasons’.

The Vatican had never confirmed the visit but Lebanon’s presidency in April said the 85-year-old pontiff would visit the country in June. 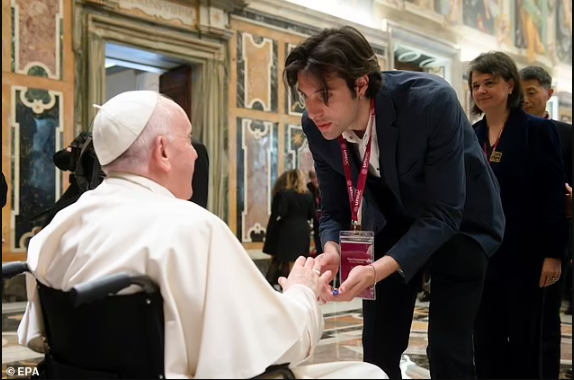 Francis has been suffering for months with pain in his right knee that forced him to cancel numerous engagements and stopped him from presiding over religious celebrations.

The Vatican has not said officially what the problem is, although sources said he has chronic arthritis.