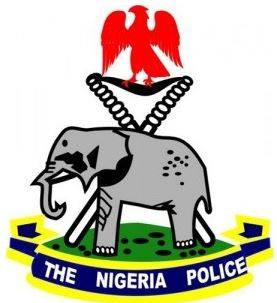 Operatives of Puff Adder tactical unit of the Rivers State Police Command have re-arrested two brothers aged 16 and 19, for allegedly defiling 2-year-old twins, a boy and girl, in Port Harcourt.

The suspects were arrested and later released after they allegedly committed the crime in January 2022.

Mother of the twins, Achinihu Clement, told newsmen that they were re-arrested after a human rights group intervened through the State Commissioner of Police.

Narrating how she discovered the alleged defilement of her children, Mrs Clement said she wanted to dress her son up on 10th of January, 2022 but observed that he was unable to sit on the bed.

Upon interrogation, her son in his childish voice, told her that the suspects who reside with them tampered with his anus.

She immediately took the children to the hospital where it was discovered that the hymen of the female twin has also has been completely damaged.

She said that she made an entry to Puff Adder tactical unit and the suspect were arrested but later released.

A lawyer with the group, Edwin Obiorah Esq, called for thorough investigation into the incident to determine the culpability of the suspects.

“Centre for Basic Rights Protection And Accountability Campaign welcomes the re-arrest of two male suspects by the Puff Ader tactical unit of the Rivers State Police command and subsequent transfer of the suspects to human rights desk at the Police headquarters for allegedly defiling two year old twins (boy and girl) in Port Harcourt,” the statement read.

“Report of physical and medical examination conducted on the girl and boy child as sighted by the centre, showed that they were not only defiled but their private part were seriously damaged.

“The Centre calls for a thorough investigation into the incident with a view to dispensing justice to all parties involved in the matter.” 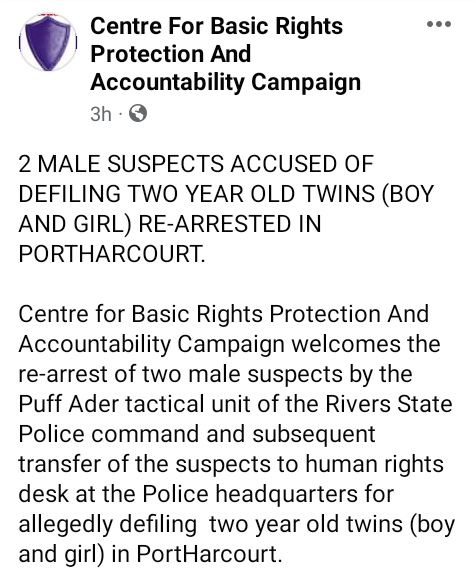 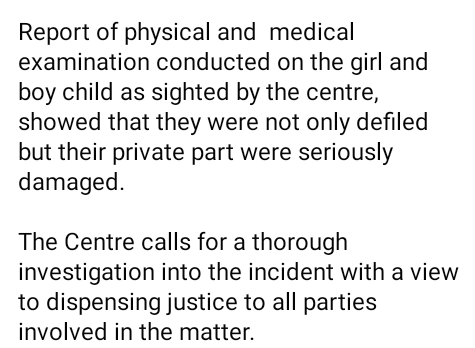