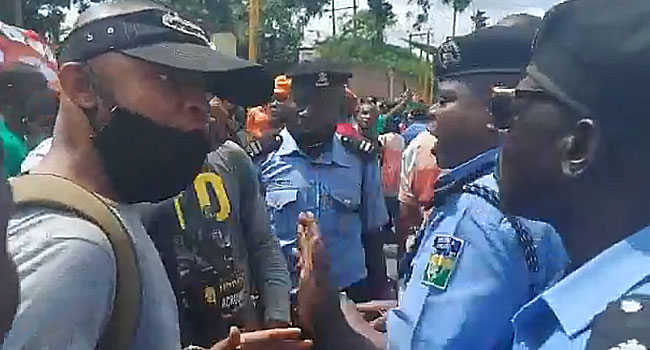 Police and members of the #RevolutionNow Movement on Thursday were involved in heated brawls following a nationwide protest staged by the group.

The group mainly made up of young persons staged a protest in various states and at the Federal Capital Territory where they went to the United States Embassy expressing their disapproval of the nation’s security situation and the socio-economic crisis.

At the US Consulate in Abuja, they demanded the resignation of the President Muhammadu Buhari, arguing that the present administration has not effectively tackled the issues of insecurity, hunger, and corruption in the country.

Under the leadership of their convener, Omoyele Sowore, members of the movement wielded a big banner with the inscription, ‘Buhari has failed,’ and other placards which read, ‘Failed leadership has made Nigeria the capital of the world,’ and ‘#RevolutionNow’.

Together, the protesters berated the government, claiming that the present administration has failed to live up to the promises made to Nigerians. 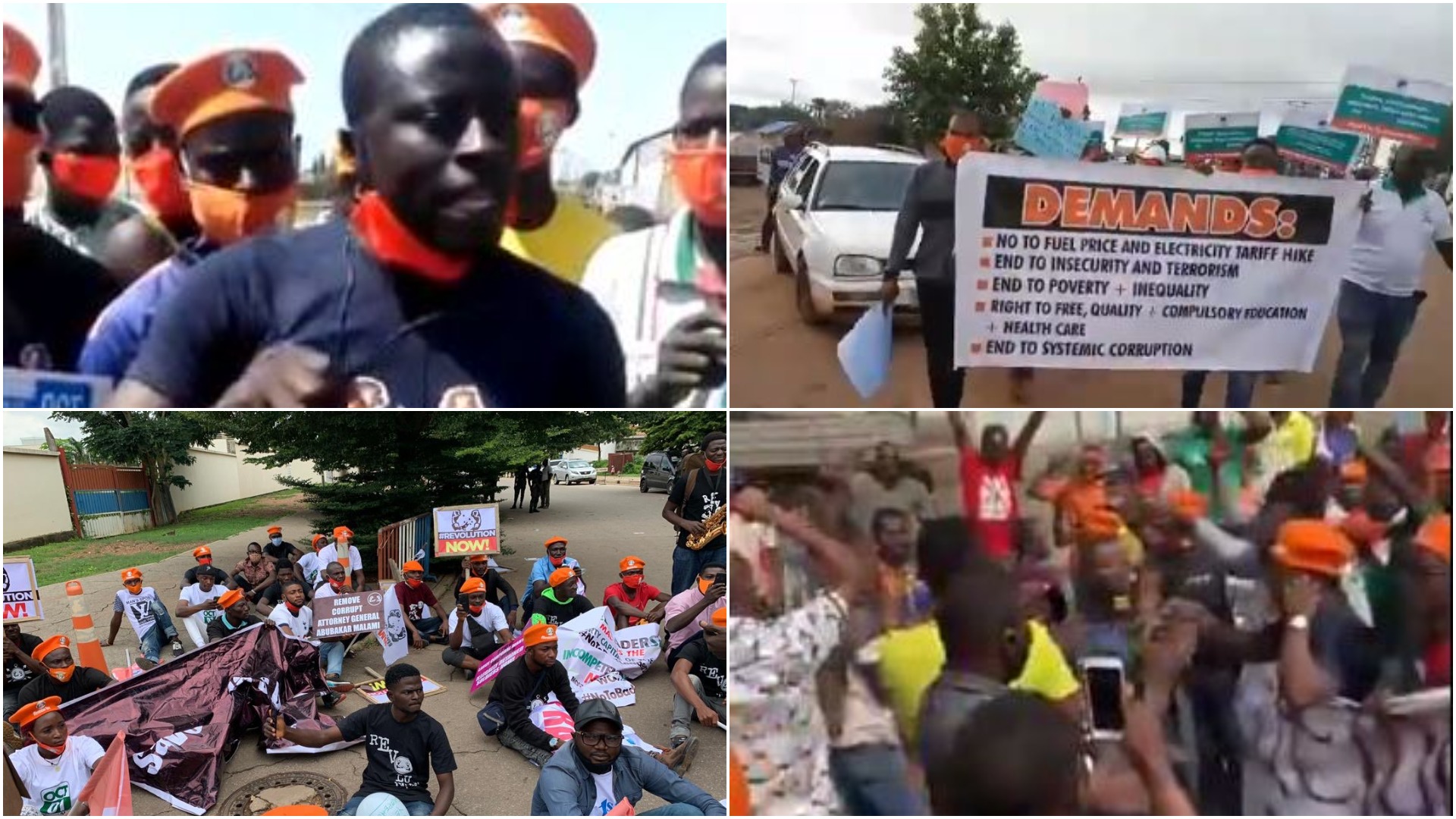 While the protest in Abuja was seemingly hitch-free, the protest in Lagos was met with stiff opposition from the Nigerian Police force, resulting in the brutalization of a journalist.

Men of the police force are said to have attacked Mr. Olukayode Jaiyeola, a Punch photojournalist who was covering the protest stages within the Maryland area of the metropolis.

A police inspector, Mr. Innocent Adadu, used a baton on Jaiyeola’s head causing him to collapse immediately, with blood gushing out of his fractured skull.

Reacting to the development, the Commissioner of Police, Hakeem Odumosu, ordered the immediate detention of the inspector who is attached to PMF 22 Ikeja.

The commissioner ordered that Inspector Adadu be tried in order to serve as a deterrent to others who are fond of engaging in unprofessional and unethical conduct.

Newspot learned the commissioner rushed to the scene and personally moved the injured journalist to the Police Hospital.

While waiting to ensure that the injured journalist was given immediate and best medical treatment, the police boss cut-off all other engagements to stay throughout the journalist’s treatment and subsequent discharge.