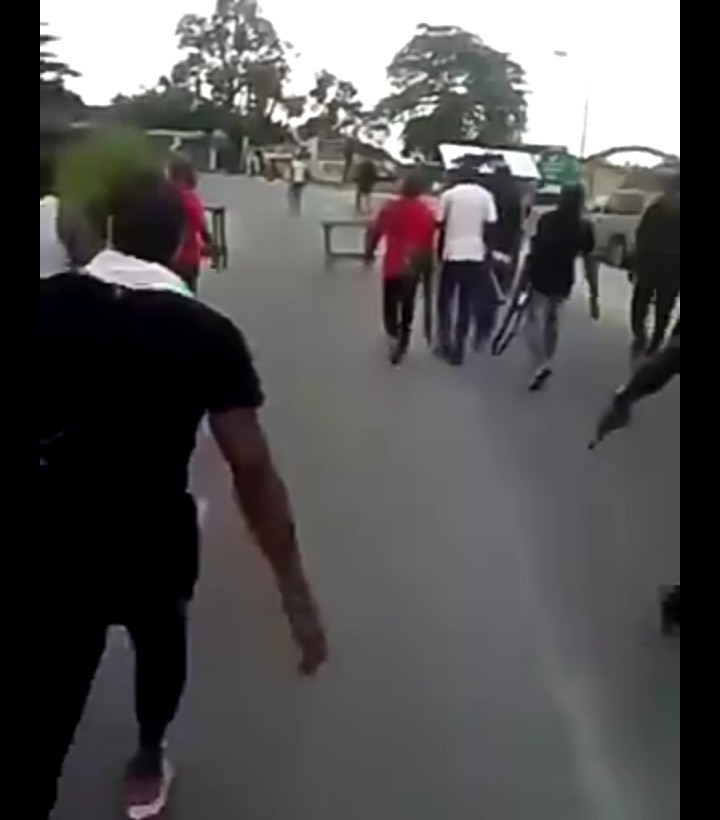 In a video shared online, the officers are seen jogging down a tarred road while calling for an end to the recent attack on officers.

“Stop killing of police. Enough is enough. And stop burning police station,” the police in Ughelli Area Command/ ‘A’ Division are heard saying.

They then threaten to kill hoodlums attacking them.

“We’ll kill them, they should get ready. We are ready, to any length, we’ll kill those hoodlums now.”

They added that hoodlums are trying to burn the police station in Ughelli Area Command today, October 22, but they will not allow that. They said they intend to overpower and kill the hoodlums.