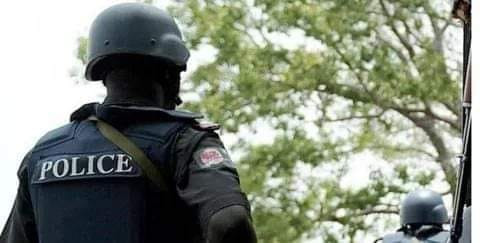 A police officer has been reported dead after unknown gunmen attacked and burnt a police Divisional headquarters in Arondizuogu in Ideato Local Government Area of Imo State in the early of Tuesday, November 23.

The gunmen said to be in their numbers, attacked the police station in the dead of the night, leaving the divisional police officer with a broken head and killing one other officer.

Also, a Sienna vehicle attached to the division and DPO’s personal vehicles were vandalized by the gunmen.

“Gunmen have attacked the Arondizuogu Divisional Police Headquarters. They burnt and killed one of the police officers. The attacked at the odd hours and left the DPO with a broken head. They gave him matchet cuts and vandalized his Jeep and a police sienna vehicle belonging to the division” an eyewitness said

The police spokesperson for the command, Micheal Abattam, confirmed the attack adding that the state Commissioner of Police, Rabiu Hussaini, had ordered an investigation into the attack.