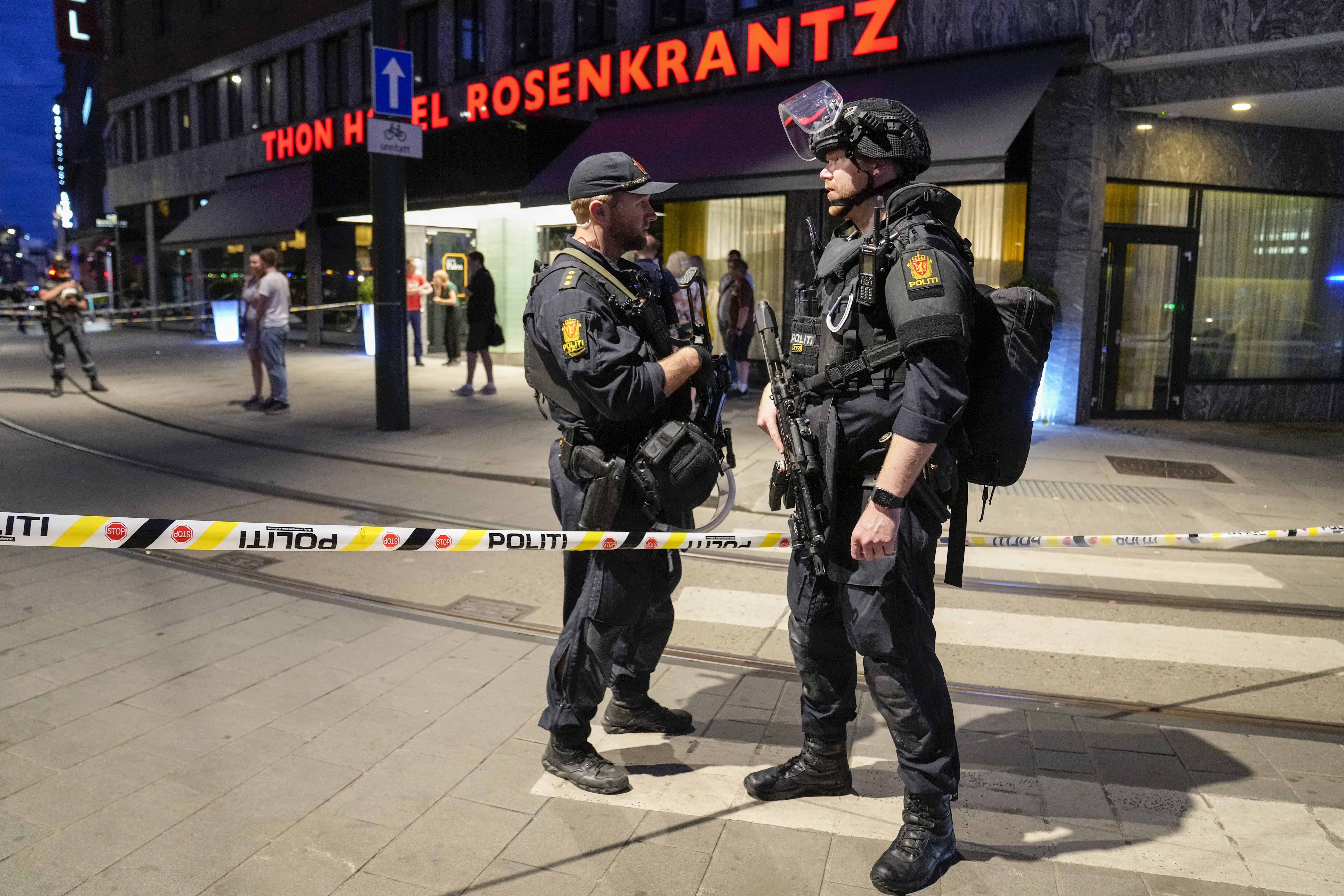 OSLO, Norway — A mass shooting that left two dead and 14 injured in the Norwegian capital of Oslo late Friday is being investigated as a possible terrorist attack, police said.

A Norwegian citizen of Iranian origin was arrested, investigators told a news conference. They added that the suspect was known to police but not for major crimes.

He said the man was arrested shortly after the shootings at the London Pub, a nightclub and a bar popular with the city’s LGBTQ community and the streets surrounding it.

Authorities in the Scandanavian country raised the terror alert to the highest level.

Police attorney Christian Hatlo said that the suspect was being held on suspicion of murder, attempted murder and terrorism, based on the number of people targeted at multiple locations. The suspect’s mental health was also under investigation.

“Our overall assessment is that there are grounds to believe that he wanted to cause grave fear in the population,” Hatlo said on Saturday.

A handgun and an automatic weapon was seized in connection with the shooting a, police said.

Eyewitness Olav Roenneberg told Norwegian public broadcaster NRK that he “saw a man arrive with a bag,” before “he picked up a gun and started to shoot.”

“First I thought it was an air gun. Then the glass of the bar next door was shattered and I understood I had to run for cover,” Roenneberg, a journalist, said.

It was not immediately clear what was the motive for the attack or whether the shooting had any connection to the Pride parade that was to be held hours later in Oslo.

Organizers however, cancelled the parade at the advice of the police.

Photographs published by newspaper VG, broadcaster NRK and others showed a large gathering of emergency responders outside the London Pub, including police and ambulance workers.

Helicopters hovered above central Oslo while ambulance and police car sirens were heard across the city.

Oslo’s university hospital said it had gone on red alert following the shooting.

Norway is a relatively safe country but has experienced violent attacks by right-wing extremists, including one of the worst mass shootings in Europe in 2011, when a right-wing extremist killed 69 people on the island of Utoya after setting off a bomb in Oslo that left eight dead.

In 2019, another right-wing extremist killed his stepsister and then opened fire in a mosque but was overpowered before anyone there was injured.

Anne Heche not expected to survive fiery crash into home, her family says