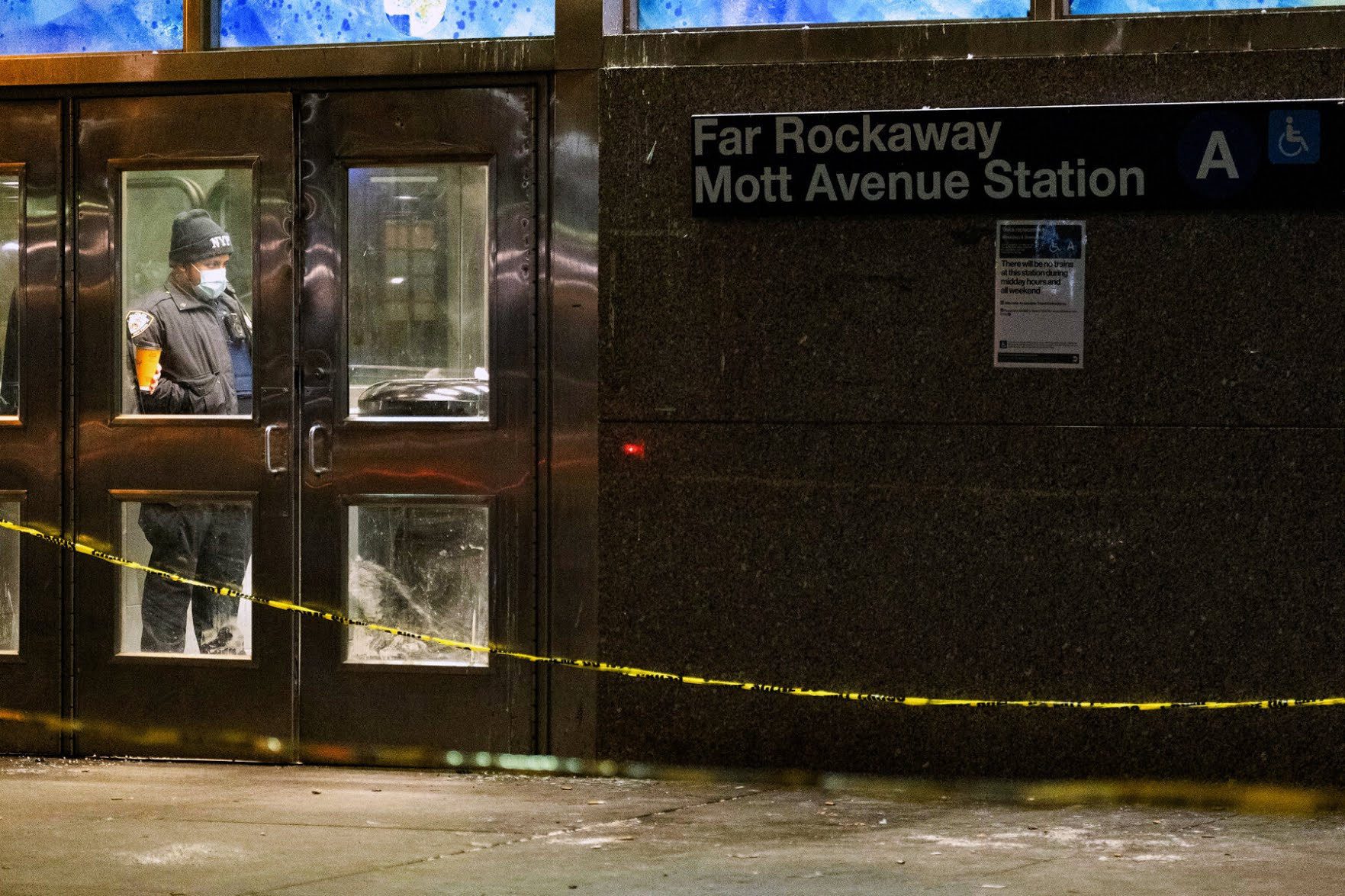 Police on Saturday, February 13, arrested a knife-wielding homeless killer suspected of killing two people and wounding two more during a 14-hour subway stabbing spree on a train moving from Manhattan to Queens in New York, US.

Police authorities also recovered the knife the suspect used in the attacks, as the suspect was taken into custody with dried blood on his clothes.

According to the NY Daily News, the suspect wore a winter coat, and high-top sneakers as he was taken to the 34th Precinct in upper Manhattan.

The unprovoked attacks on a quartet of homeless victims by the suspect elicited a desperate search by police for him.

“There is small army of detectives and investigators working all this night throughout New York City,” NYPD Commissioner Dermot Shea (pictured below) said Saturday afternoon. 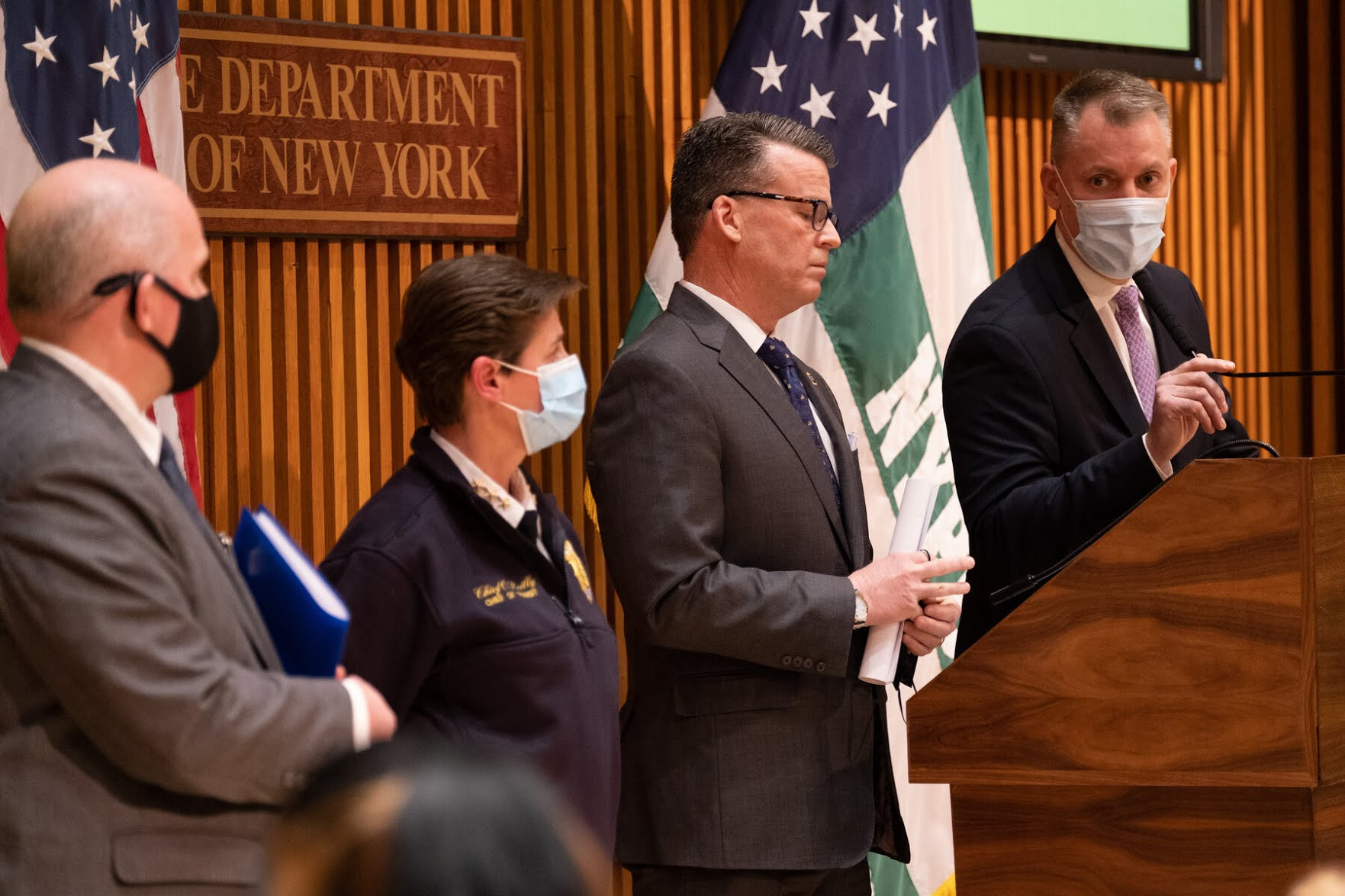 Already the NYPD had deployed 500 additional cops to patrol in and above the subways in response to a series of terrifying attacks on straphangers.

Photos of the killings showed a male victim with his blood running red across his seat and the floor of the subway car, sprawled lifelessly inside a train.

Another photo shows the second murder victim, a 44-year-old woman found with clothes soaked in blood, discovered beneath a seat on a train. She was stabbed repeatedly in the abdomen, chest, arm and leg, sources said.

The woman was pronounced dead on scene after she was found unconscious and unresponsive.

The first survivor was a 67-year-old man who was attacked as he sat on his walker on the subway platform around 11:30 a.m. Friday.

“I’m going to kill you!” the homicidal madman announced as he jabbed the man with a knife in the right knee and buttocks before fleeing, said sources.

Thr next survivor was a 43-year-old man who was attacked back at the 181st St./Fort Washington Ave. station around 1:28 a.m. Saturday as he slept on station steps, said cops.

The stabbed victim made his way up to the street and staggered to the ATM vestibule of a Chase bank on W. 181st St. near Broadway, where he encountered a security guard

“He fell to his knees, and then that’s when I went to check if everything was all right,” said guarf Pillasagua, who lives in Bedford Park.

Pillasagua went outside the vestibule, and the man spoke to him. “He told me that he had been stabbed,” the security guard said.

Pillasagua then called 911. He didn’t see any blood until cops arrived and opened up the man’s jacket to check if he was bleeding.

“That’s when they discovered that he had been stabbed multiple times in the back,” Pillasagua said.

“The homeless guy said that he was attacked on the subway, on the A train … I wish I could’ve gotten a better look at his face,” said Pillasagua.

“A part of me thinks that maybe he came to the bank because he knew that there was a guard there.”

“Every customer, and each of our brave, heroic transit workers, deserve a safe and secure transit system.”

Kagara Abduction: We are not sure when schools will reopen