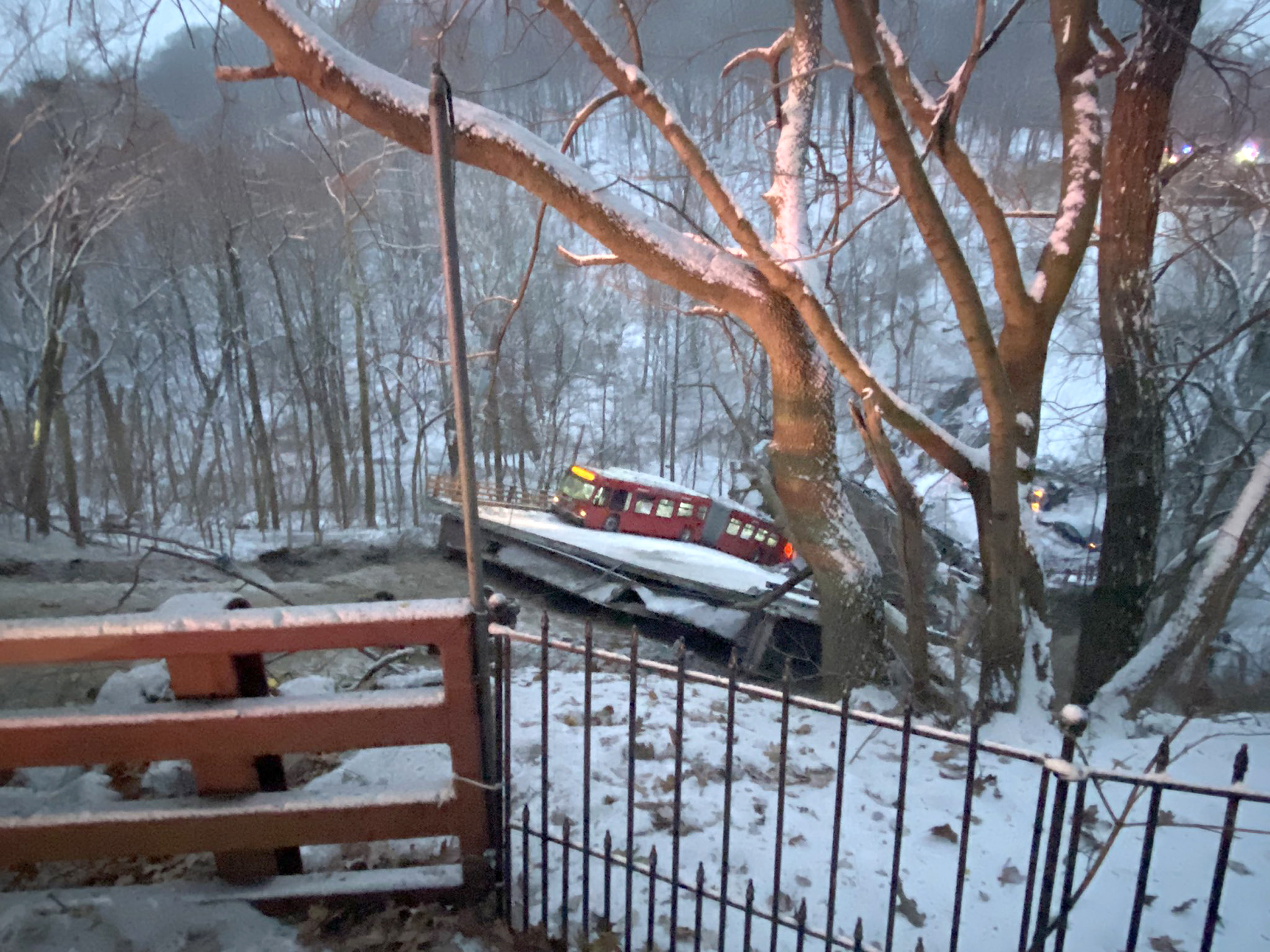 A Pittsburgh bridge collapsed Friday morning ahead of President Joe Biden’s scheduled visit to the area to talk about infrastructure.

Pittsburgh Public Safety announced at about 7 a.m. that the bridge, on the outskirts of Frick Park, had collapsed, prompting officials to urge people to stay away from the area due to a “strong smell of natural gas.”

Pittsburgh Public Safety said a gas line had been cut.

A driver and two passengers were on a bus when the bridge collapsed, according to the Port Authority of Allegheny County. Pittsburgh Mayor Ed Gainey said the three suffered some injuries. No fatalities have been reported.

White House Press Secretary Jen Psaki said Biden would still make the trip to West Mifflin, 10 miles outside of Pittsburgh, “and will stay in touch with officials on the ground about additional assistance we can provide.”

She said the president “is grateful to the first responders who rushed to assist the drivers who were on the bridge at the time.”

Pittsburgh Public Schools said all K-5, K-8, 6-8 and Special Schools were transitioning to remote learning Friday “due to the impact of a bridge collapse in the East End and a high volume of bus driver call-offs.”

Pennsylvania Gov. Tom Wolf said his team was “monitoring the situation in Pittsburgh and prepared to provide support as needed.”

“Pittsburgh residents: Please stay safe and continue to avoid the area,” he wrote on Twitter.