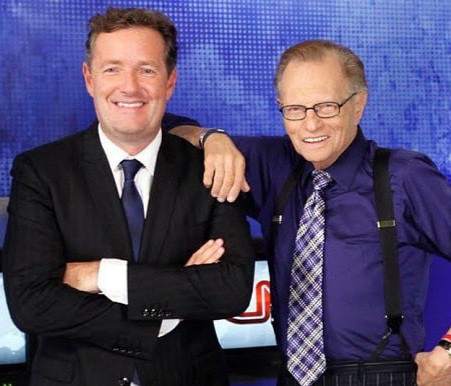 Piers Morgan took to Twitter to pay tribute to Larry King after the legendary talk show host passed but his choice of words raised brows.

Piers shared a throwback photo he took with Larry King and wrote: “Larry King was a hero of mine until we fell out after I replaced him at CNN & he said my show was ‘like watching your mother-in-law go over a cliff in your new Bentley.’ (He married 8 times so a mother-in-law expert) But he was a brilliant broadcaster & masterful TV interviewer. 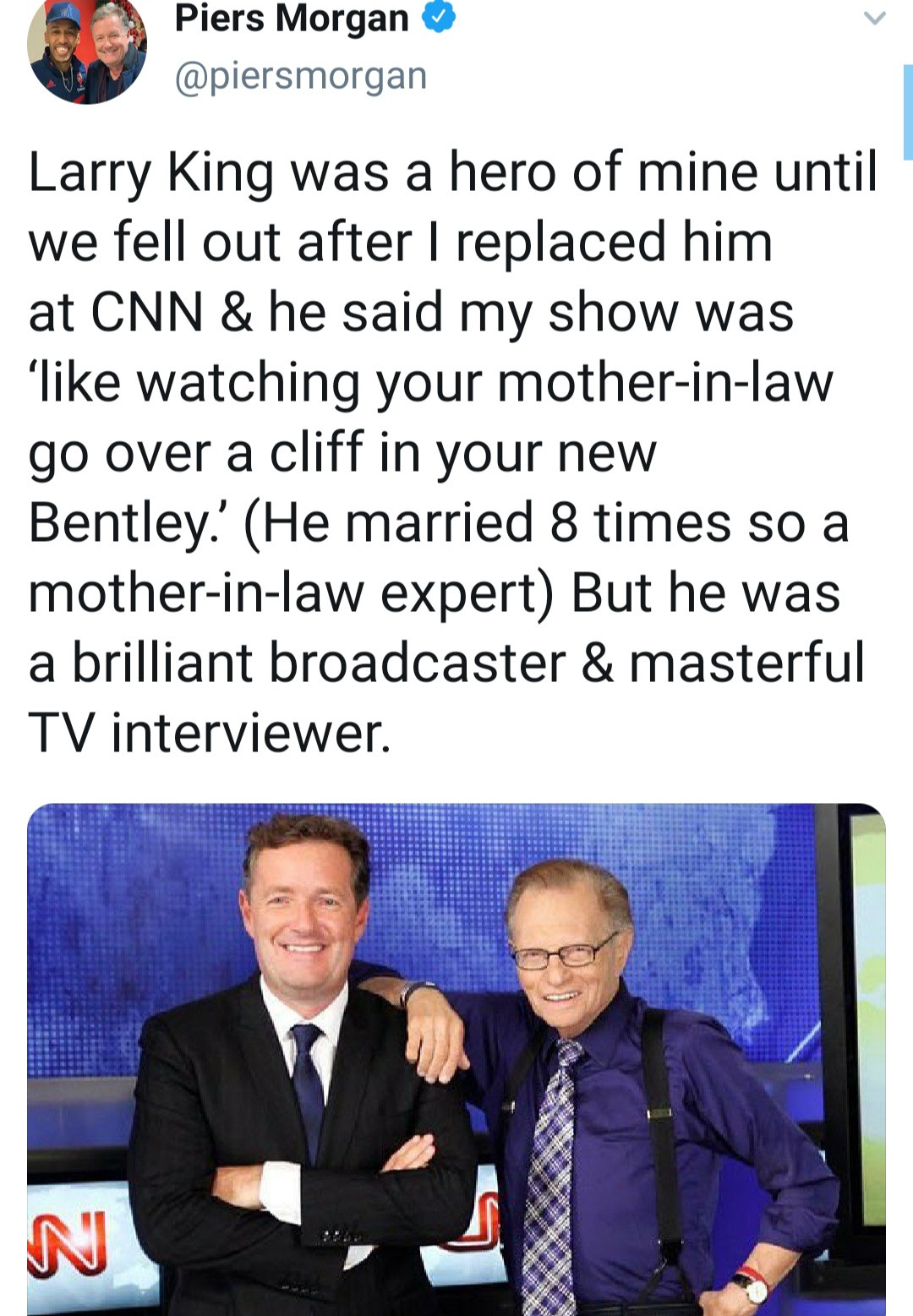 A number of people reacted, telling Piers that his tweet was an inappropriate way to pay tribute to a dead man.

But Piers responded, insisting Larry hated the fact that he was the one who replaced him at CNN.

He wrote: “Larry hated me replacing him at CNN and never made any secret of it, which I found very sad because he was one of my heroes – but I still think he was a superb broadcaster & one of the all-time TV greats.”

He added that Larry would have found humour in his tribute to him and people were just being unnecessarily sensitive. 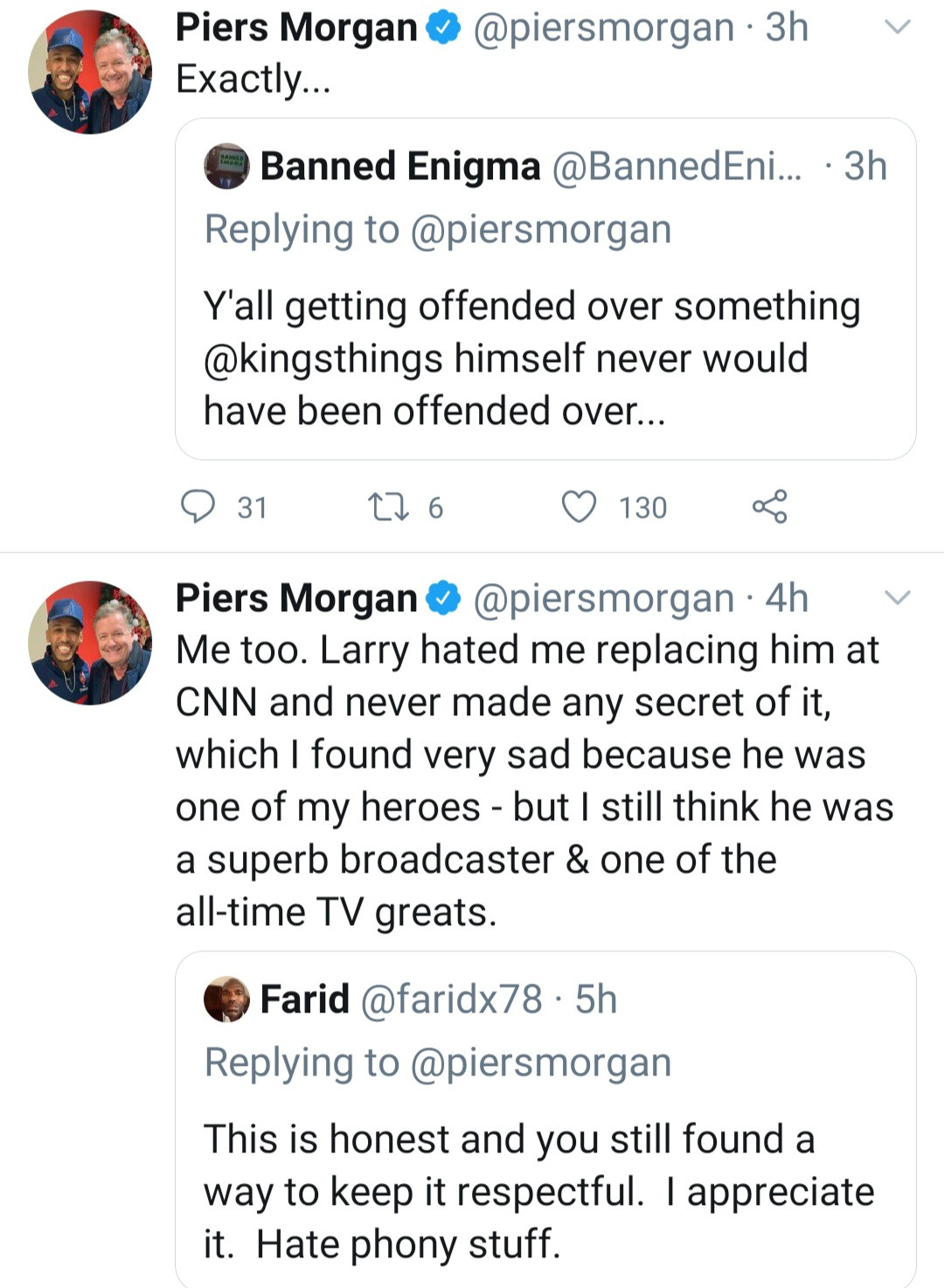 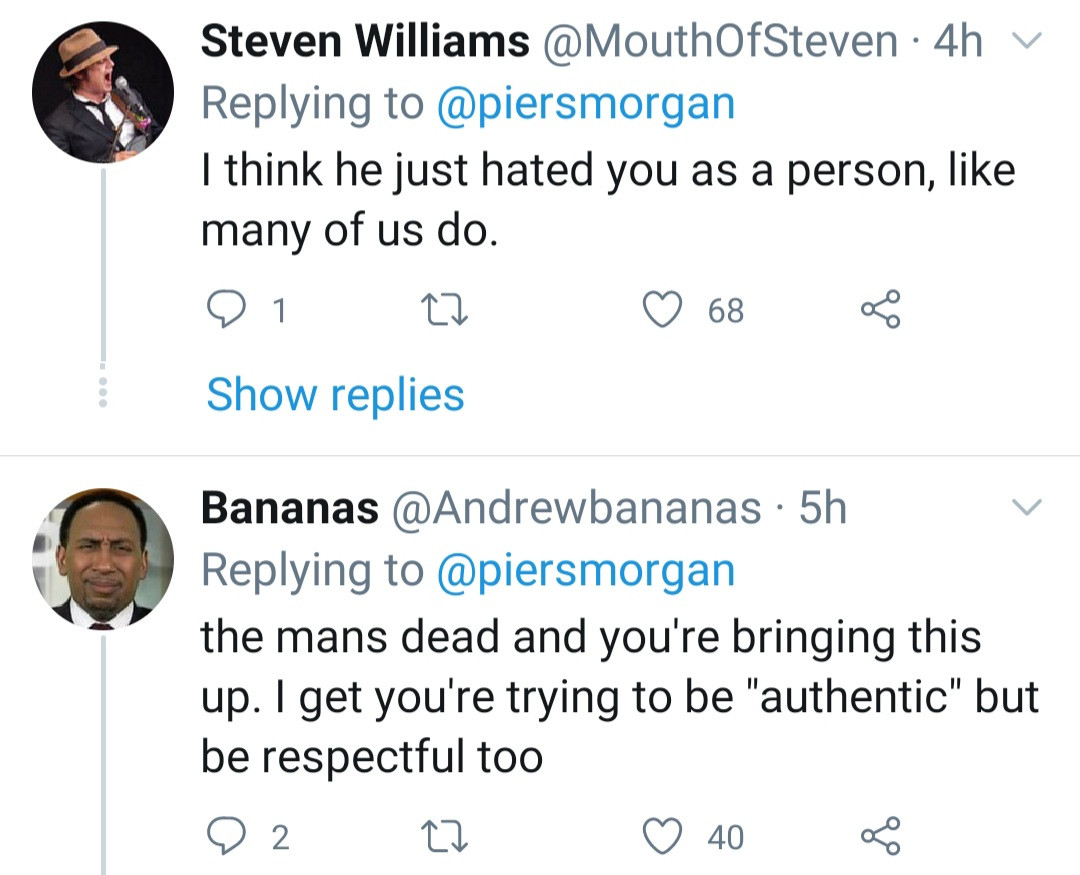