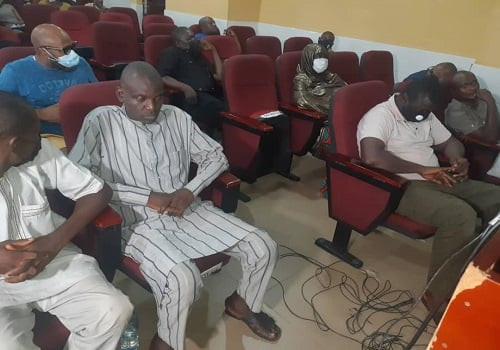 The Nigeria Police Force on Thursday, November 10, paraded fourteen suspects in connection with the invasion of the Abuja home of Justice Mary Odili of the Supreme Court.

Force Public Relations Officer, CP Frank Mba who paraded the suspects at Force Criminal Investigations Department, said a fake Chief Superintendent of Police (CSP Lawrence Ajojo) and seven others who are still at large conspired to raid the residence following information that the Supreme Court Justice was keeping a large sum of money in foreign currencies. The suspects also include an ex-staff of Thisday Newspaper Stanley Nkwazema; bankers, lawyers, ‘Islamic prayer warrior’ and herbalist.

See more photos of the suspects below… 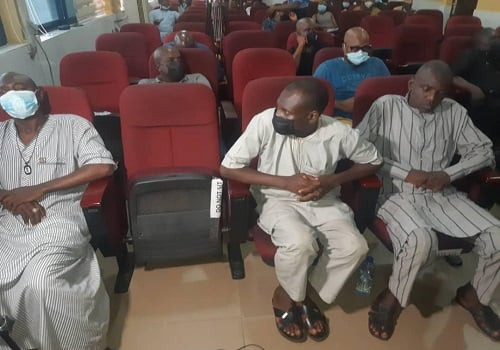 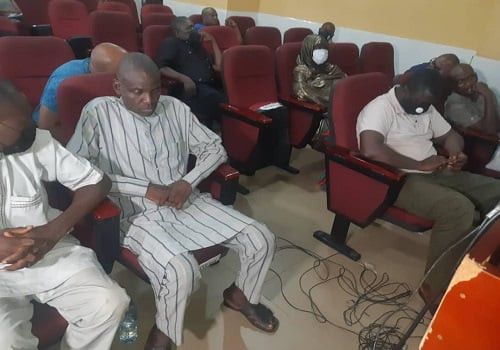 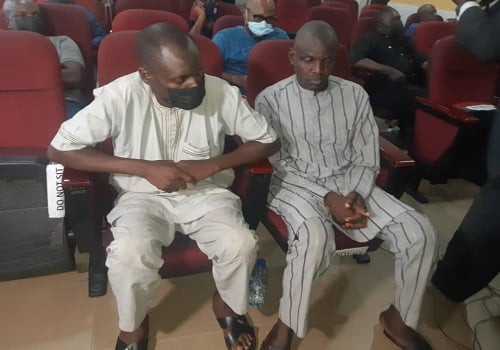