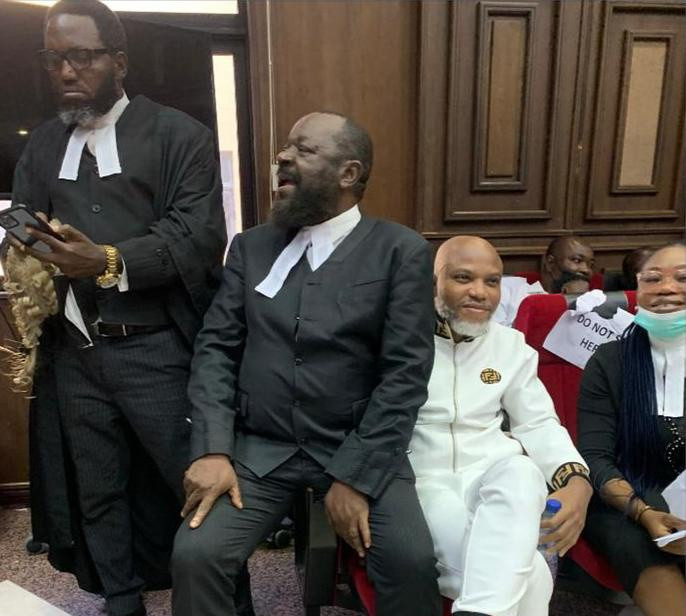 The trial of the leader of the Indigenous People of Biafra (IPOB) Nnamdi Kanu continued at Federal High Court in Abuja today November 10.

Kanu, who was brought into the courtroom around 9:52 am, shortly after his case was called up, decried the refusal of security agents to allow some members of his legal team, especially his lawyer from the United States of America, Bruce Fein, to enter the courtroom. The IPOB leader told the court that Mr. Fein, who he said was handling a case for him in the US, was around to witness his trial.

His lawyers from Nigeria later staged a walkout. 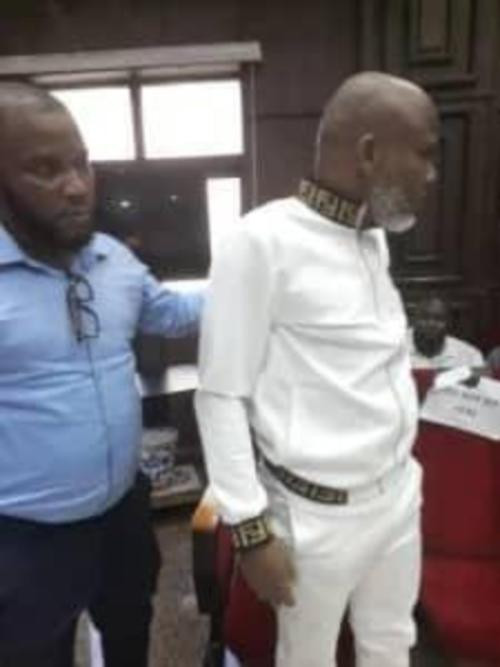 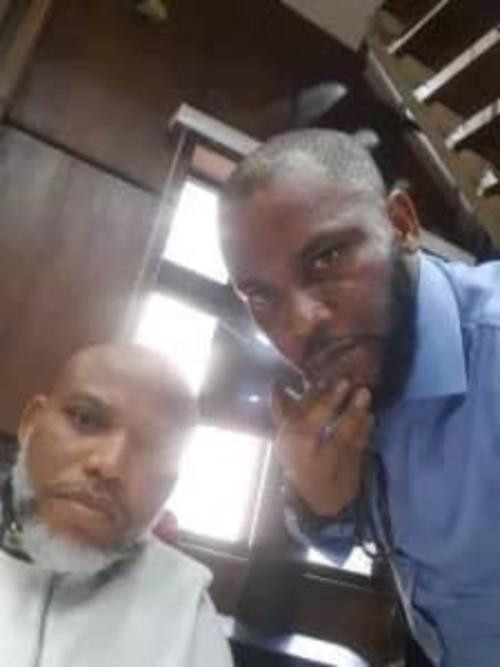 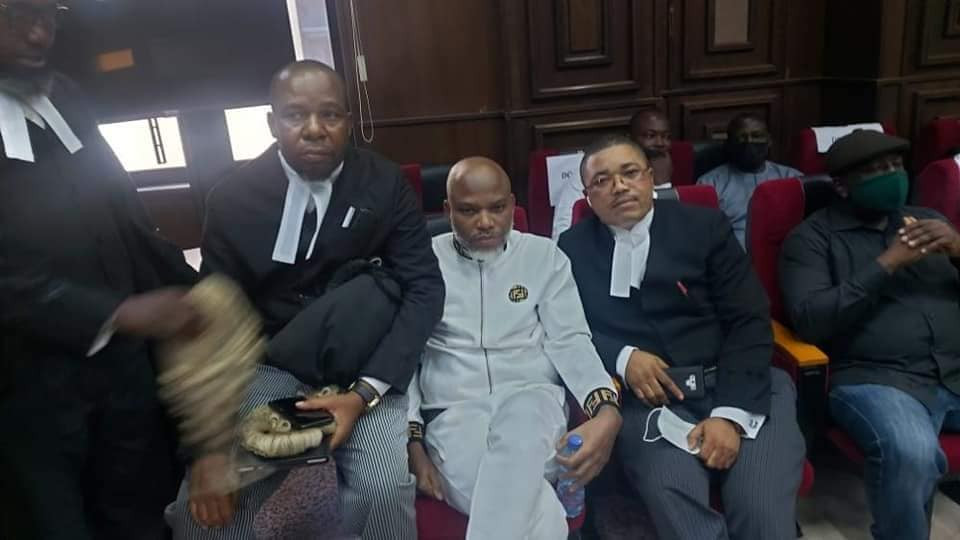 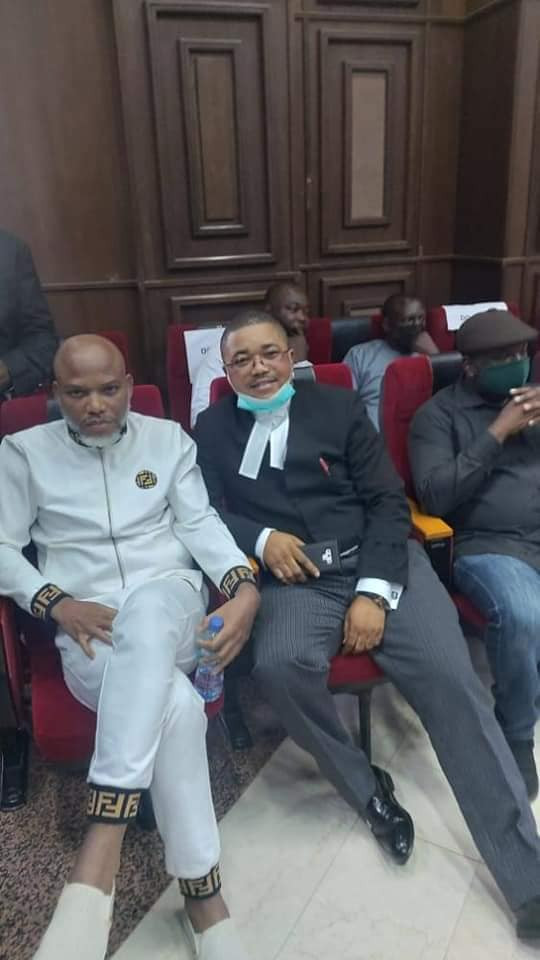 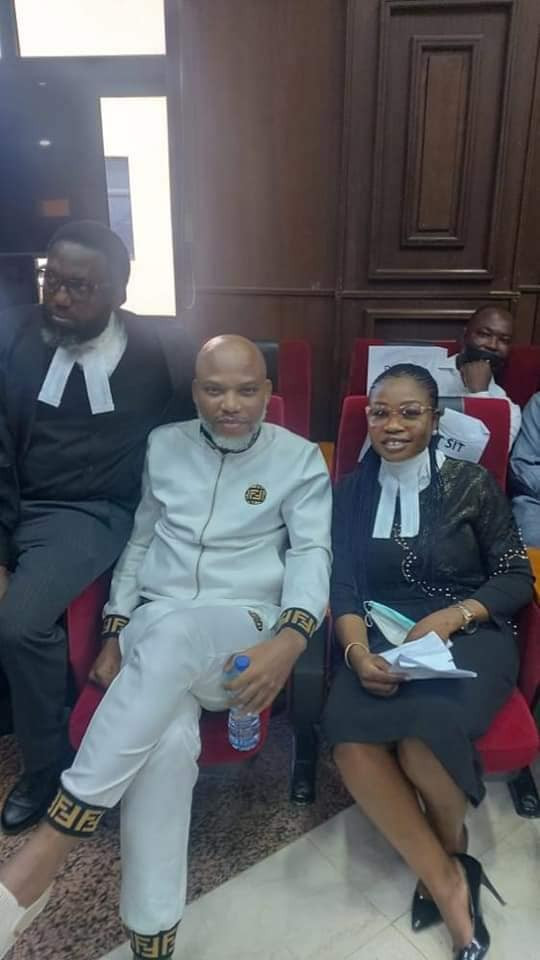